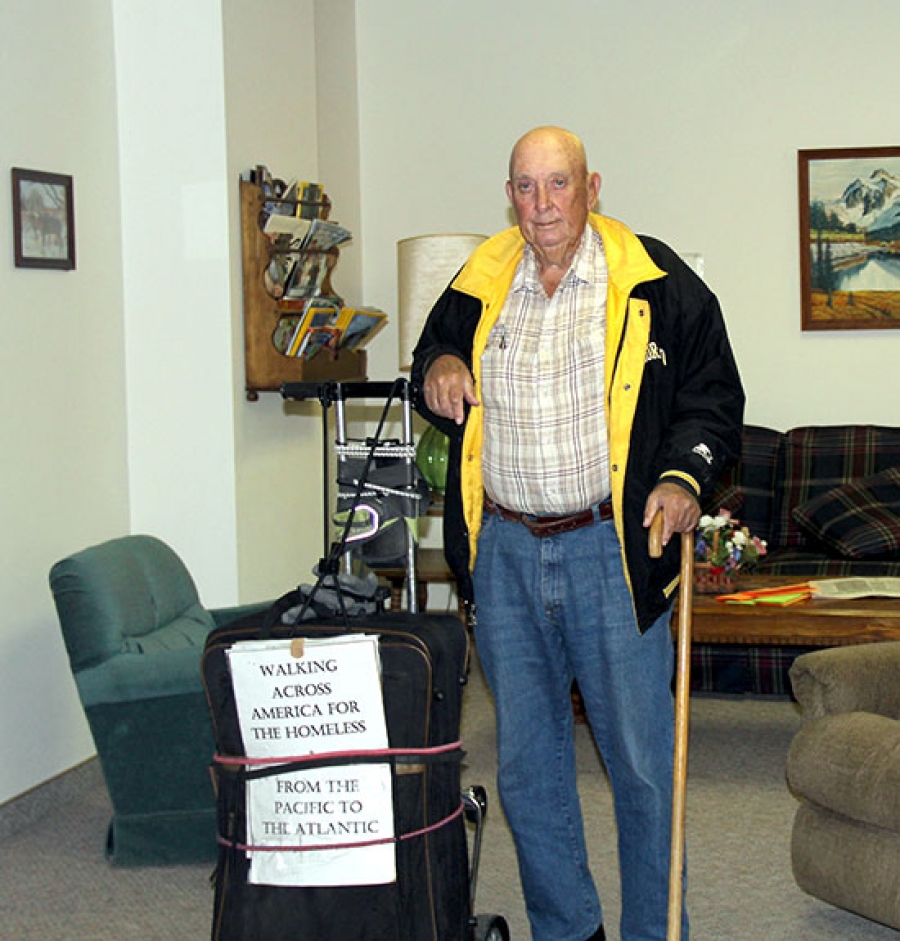 Charlie Goodloe is walking across America to raise awareness about the homeless in America. Photo by Janet Skinner

At the ripe old age of eighty, Charlie Goodloe is walking across America to raise awareness about the homeless in America.

Terry Hinn of Rushville picked up Goodloe in Chadron and brought him back to Rushville Wednesday evening. Hinn welcomed Goodloe to the  community with  dinner and  a hotel room. He even enjoyed a refreshment at the 20 Bar. Goodloe’s next stop was Gordon where he had lunch at the Senior Center Thursday, September 19, before stepping back out  on Highway 20 to continue his mission.

Goodloe, who has been homeless for the last six months,   started his  journey from Newport, Oregon in mid-July. “I don’t know what the answer is. I’m just trying to make people aware of it,” Goodloe stated when discussing his struggles about trying to find a home and how to help others in the same situation.

Goodloe fits all his belongings in a suitcase, which has a sign taped to it saying, “WALKING ACROSS AMERICA FOR THE HOMELESS...FROM THE PACIFIC TO THE ATLANTIC. He has his medicine, toiletries, obituaries, and the only picture he has of his older brother, who died at the age of 23.

Despite his health problems such as cancer, COPD, heart problems and bad balance, Goodloe will continue his journey until he reaches the Atlantic and then head south to Myrtle Beach. He hopes to make it there by Thanksgiving.