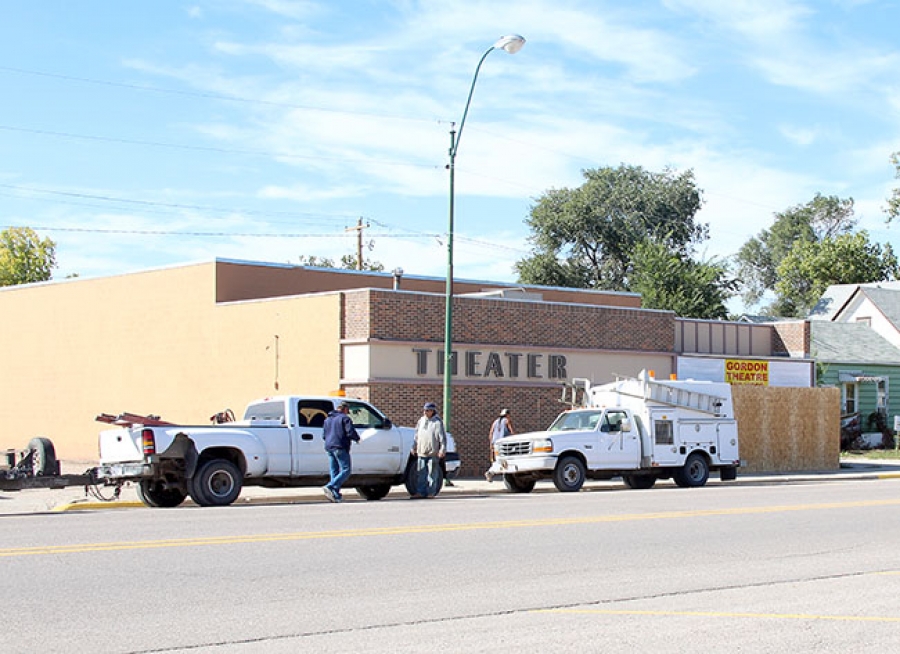 Workers finish constructing a barricade around the front doors of the Gordon Movie Theater so they can begin ventilating it. Photo By Janet Skinner

Last week workers began opening up the Gordon Movie Theater for ventilation and built a barricade around the entrance. Electricity has been restored to the building and ventilation has begun. A volunteer cleanup was scheduled for last Saturday, but has been rescheduled due to the weather. The roof is scheduled to be repaired this week to prevent any new moisture from entering the structure.