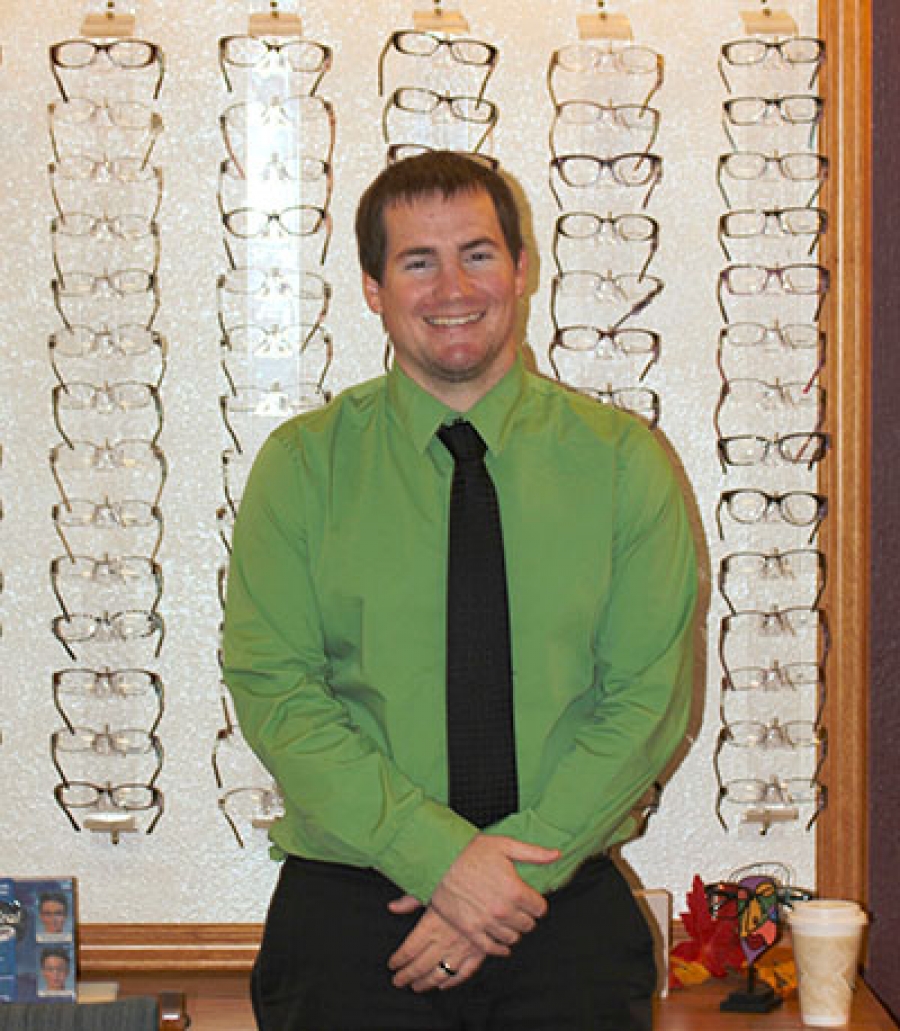 Just as Dr. Joseph Shetler promised upon his leaving last year, Gordon Vision Center had a new doctor by August of 2013. Dr. Brad Marcy and his wife Taryn moved to Gordon in June and Brad started working at Gordon Vision Center in July. Brad came into the world as Chadron’s New Year’s baby a few decades ago to Tom and Kim Marcy, who farm and ranch south of Rushville and Hay Springs. He attended Banner country school before making his way into the city of Rushville for high school. Growing up Brad enjoyed hunting, playing sports and working on computers.

After graduating from RHS, he made the trek across the state to attend the University of Nebraska-Lincoln. While in college, Brad was an active member of his fraternity, Alpha Gamma Rho, serving as Health Aide, Recruitment Chair and Social Chair (not to mention educating his eastern Nebraska brothers on western Nebraska ways of life).

After graduating from UNL, Brad married his wife Taryn, who is also an RHS and UNL alum. He worked at Eyecare Specialties in Lincoln as a contact lens technician. It was here he mistakenly started buying his wife designer frames. During this time he also started honing his skills as a home brewer.

Brad was accepted into the Optometry program at Midwestern University in Glendale, AZ and began in the fall of 2009. During his time in Arizona he enjoyed bonding with new friends and fellow Huskers.

Brad moved back to Gordon in June and began working at the Gordon/Chadron/Pine Ridge Vision Centers in July. “The biggest thing that brought me back was patient care,” stated Marcy. “I’ve been down in Phoenix, and I worked at a couple big ophthalmology clinics. Basically, their goal was to see as many patients as possible, and that’s really not how I like to practice. I like to be able to actually spend time with patients, make a connection there and I just feel like they get a lot better care.”

Dr. Marcy will be working out of the Gordon office Tuesdays, Wednesdays and Fridays, Chadron on Thursdays, and Pine Ridge Mondays. He is enjoying getting to know his new client base and looks forward to becoming more involved in the community. In his spare time he still enjoys hunting, working on computers and brewing beer.