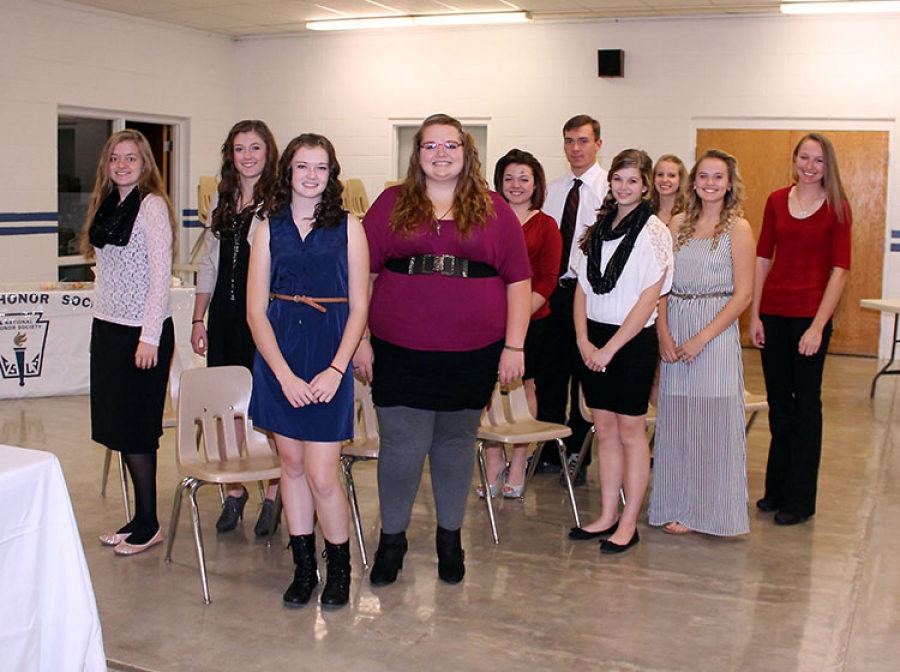 Inductees were selected by the chapter’s faculty council for meeting high standards of scholarship, leadership, service and character. To retain his or her membership, each student must continue to meet National Honor Society standards and document community service each year.

The ceremony began with Claire Wroblewski welcoming those in attendance. Jacqueline Bruns gave the opening and introduced Jana Goranson who gave a brief background of the National Honor Society including the history of the Gordon High School and Rushville High School chapters as well as the Gordon-Rushville High School chapter. During the Candle Lighting Service, Sara Ginkens gave an introduction and Jacqueline Bruns spoke on scholarship and the importance of academics. Allyson Moss presented the topic of leadership and explained how leadership qualities would help in a successful future. Tessa Hardin spoke about the significance of community service and finally Claire Wroblewski lit the last candle as she spoke of character.

The Induction Ceremony followed as Allyson Moss announced each new member. They came forward to sign their name in the National Honor Society book and received their membership pins, cards and certificates from Michael Barth and Tessa Hardin.

Sara Ginkens led the inductees and members in the National Honor Society pledge and Michael Barth ended the ceremony with the closing.

The National Honor Society ranks as one of the oldest and most prestigious national organizations for high school students. Chapters exist in three-fourths of the nation’s high schools, and since 1921, millions of students have been selected for membership. National Honor Society members are expected to continue their exemplary contributions to the school and community throughout their high school career. These students can be very proud of this accomplishment.