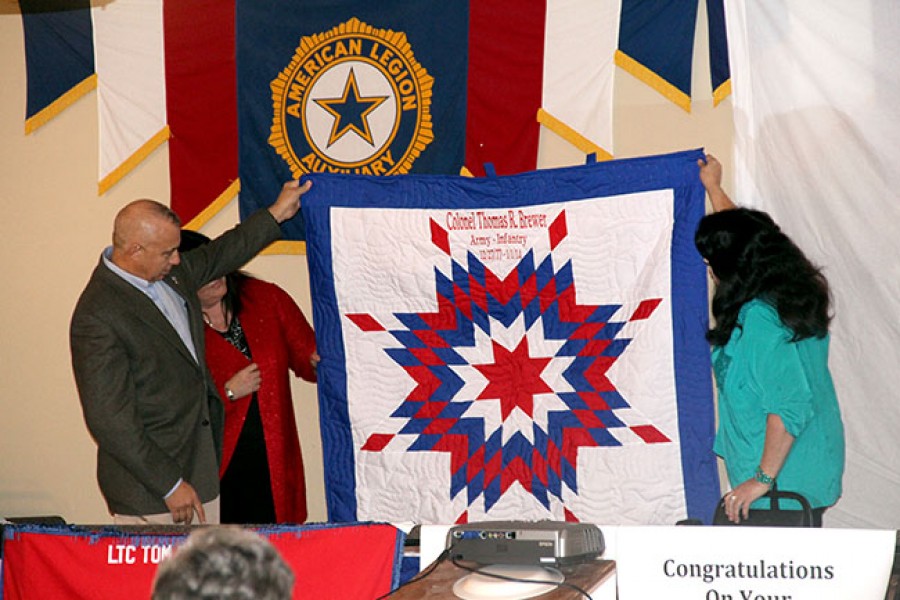 Colonel Thomas R. Brewer was presented with a quilt by family members in honor of his retirement at the Gordon Legion Friday night. Photo by Janet Skinner

The crowd was immediately drawn to tables full of his awards, medals, and pictures. All would take their time to examine the items, wondering what the story is behind them.

Different family members, including Brewer’s brother, Chief of Police Jeff Brewer, told stories of him in his childhood. He was no different than any other rowdy boy.

During the slide show he would stop and reminisce on certain pictures; he could have talked all night about his fascinating life. Brewer has done amazing things in his career and even though he is retiring from the military, he does not just want to waste his time away and do nothing more. He feels there is still more he can accomplish. Brewer gave the impression Nebraskans will be seeing more of him in the future.

More in this category: « Water restored after main break Lawsuit over injuries from 2012 Whiteclay fire settled »