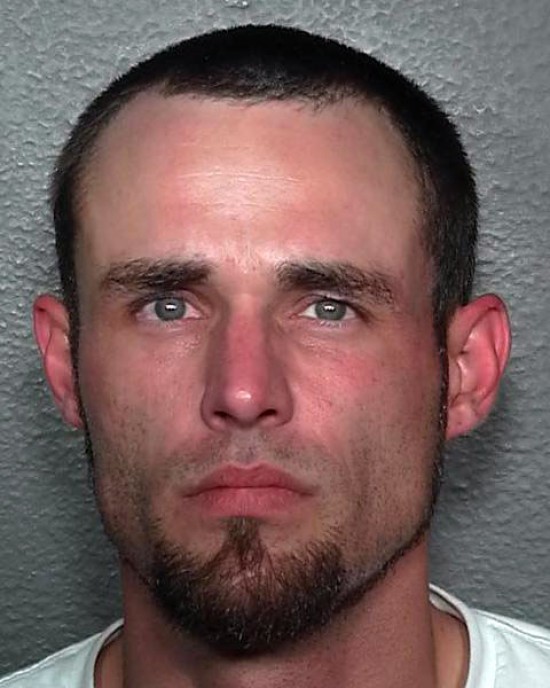 A man and woman from Greeley, Colorado evaded authorities for the better part of four days before being apprehended in Hay Springs on Sunday.

Just after 7:00 a.m., (MDT), Thursday, January 9, a trooper attempted a traffic stop on a black four door vehicle for speeding on Highway 385 on the west side of Alliance. The vehicle failed to stop and a pursuit ensued. The vehicle traveled east of Alliance on Highway 2, before leaving the roadway and entering a pasture. The vehicle continued heading through pastureland in a northeasterly direction.

Troopers, with assistance from the Box Butte County Sheriff’s Office, attempted to follow the fleeing car’s tracks through the pasture but lost site of the vehicle. A Box Butte County Deputy did spot the vehicle hidden in a tree row, but as the Deputy approached the vehicle took off again continuing in a northeasterly direction through pastureland.

Assistance in the search was provided from the air by a private pilot who was able to spot the vehicle in rugged terrain approximately 16 miles northeast of Alliance. The plane was forced to return to refuel and visual contact with the vehicle was lost around 10:40 a.m. (MDT).

Around 12:45 p.m., a second private plane located the vehicle continuing to travel north in the Sandhills approximately 20 miles northeast of Alliance. At that time, the vehicle was observed to become disabled and the two occupants, a male and a female, left the vehicle traveling on foot in a northerly direction.

The Nebraska State Patrol Aviation Division Helicopter then took over the aerial search, until 7:00 p.m. (MDT), when the search was suspended due to darkness.

The vehicle, a 1998 black Subaru, was located abandoned in a ravine just south of the Niobrara River in Sheridan County. Evidence located in the vehicle led troopers to believe the driver to be, Ryan Riddle, 30, Greeley, Colorado. Riddle was wanted on numerous active misdemeanor warrants out of Colorado. His female passenger, Rebecca J. Melzo, 22, Greeley, Colo., was not identified at that time.

According to Captain Mike Gaudreault, Troop E - Scottsbluff, Riddle and Melzo were picked up hitchhiking on Sunday and given a ride to Hay Springs. Authorities were notified that they were being given a ride and would be dropped off at Sackers in Hay Springs, where police were waiting to apprehend them.