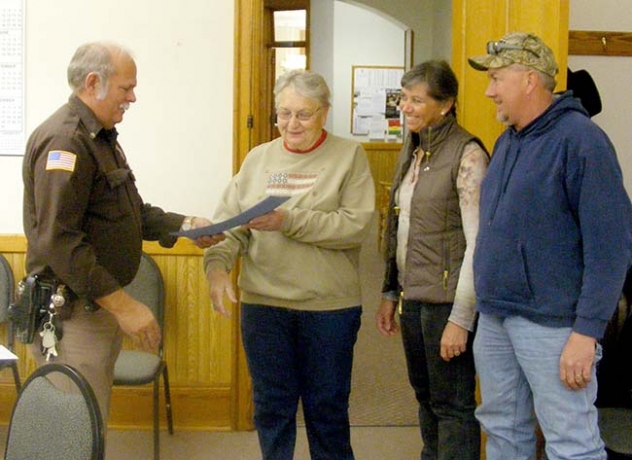 Sheridan County Sheriff Terry Robbins and the County Commissioners honored the late Ralph Norton on Monday, March 17.  Robbins presented to Ralph’s widow, Dorothy, and his children Donna and Rod, a certificate of appreciation in the form of posthumous commission as an Admiral in the Great Navy of the State of Nebraska signed by Governor Heineman.   Norton, who died on January 19, was among the very first Deputies to serve in the then new Reserve program initiated 38 years ago.  Even before the program began he was a volunteer serving law enforcement in the county.  The Commissioners thanked his family for sharing him with the county and for the example of dedicated public service his life represented.