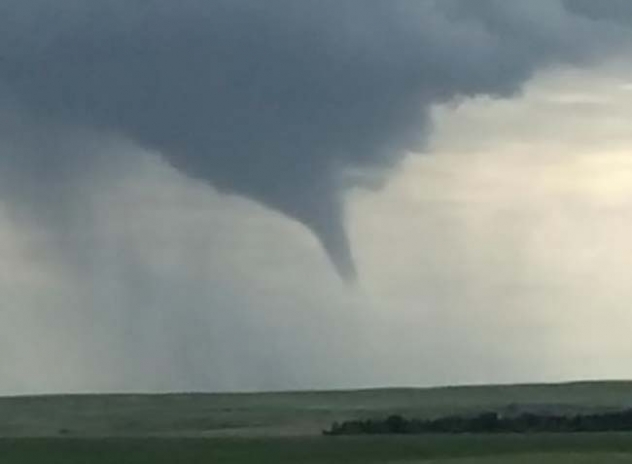 Update: We have received confirmation that the tornado did touch down south of Gordon, causing damage to John Coats' fences. The photo was taken by Kaden Russell.

Despite the warnings life seemed to go on as usual, with people driving the streets and walking the sidewalks, although many stopped to stare at the ominous dark clouds looming beyond the edge of town, looking for signs of danger.

It’s been reported that the funnel cloud never actually touched down, making it an actual tornado, although there are those who claim it did. No damage has been reported from the storm yet, although southern Sheridan County did receive some hail damage. The area also received a great soaking on Sunday, as over two inches of rain fell in parts of the county over a 24 hour period.

More in this category: « Rushville doubles in size as BRAN comes to town NRPPD vs. Power Supplier Trial Concludes »