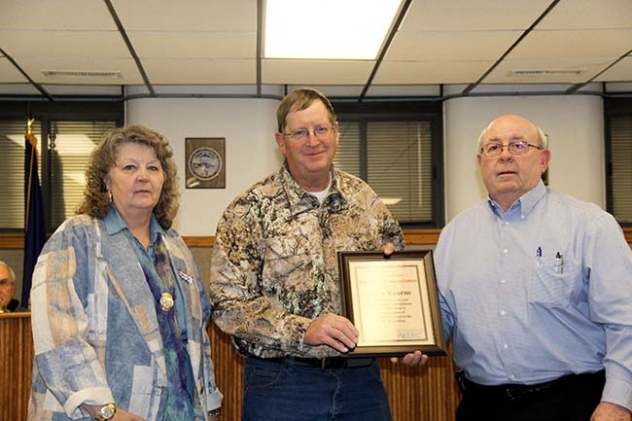 At the February 12 meeting of the Gordon City Council, Gordon City Manager Fred Hlava announced his plan to retire after over three decades of service to the city. He stated a tentative date of May 1, 2015 as the effective transition date. Hlava was a member of the Gordon City Council from July 6, 1978 through Sept. 30, 1985. He was then hired as the City Manager in October of 1985, a role he has served in for the past 30 years.

“There are a number of important projects scheduled to start this spring and I want to make sure that there is a planned and orderly transition in place,” stated Hlava.

Hlava expressed his gratitude to the past and current city council members for their community leadership and for working with him on the many issues facing communities in rural Nebraska. He praised all the employees of the city for their past and current dedication and commitment to our community and area. “I would especially like to thank all of the citizens of the Gordon community and area for their understanding, commitment and dedication in making our community the pride of the panhandle,” he added. “I’ve been very blessed to have been born and raised in Gordon and given the opportunity to be employed and raise my family in the same great community. Rural Nebraska is a wonderful, great place to live and raise a family. My family and I have been truly blessed.”