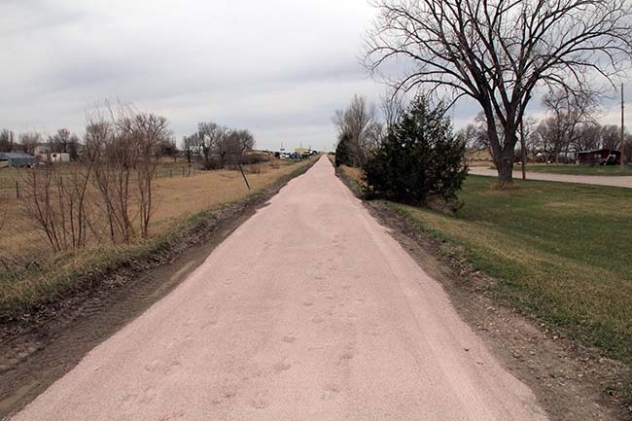 A fresh layer of limestone covers the trail west of Gordon. Photo by Mark Gaschler

Work is nearly finished on the Cowboy trail around Gordon as two miles of limestone were laid down west of Gordon, according to Chuck Lemp of Atarah Management Holdings.

Lemp and his crew were contracted to remove the ballast and gravel leftover from the railroad, which the county has purchased for use on county roads.

The trail still needs to be packed, which Lemp says won’t happen until the trail gets a half-inch of rain.

The National Weather Service reports that Gordon has a 70% chance of rain and snow Wednesday night through Thursday.

More in this category: « Mustangs wrap up State Speech Chadron Post Office to be named in honor of Hay Springs grad »