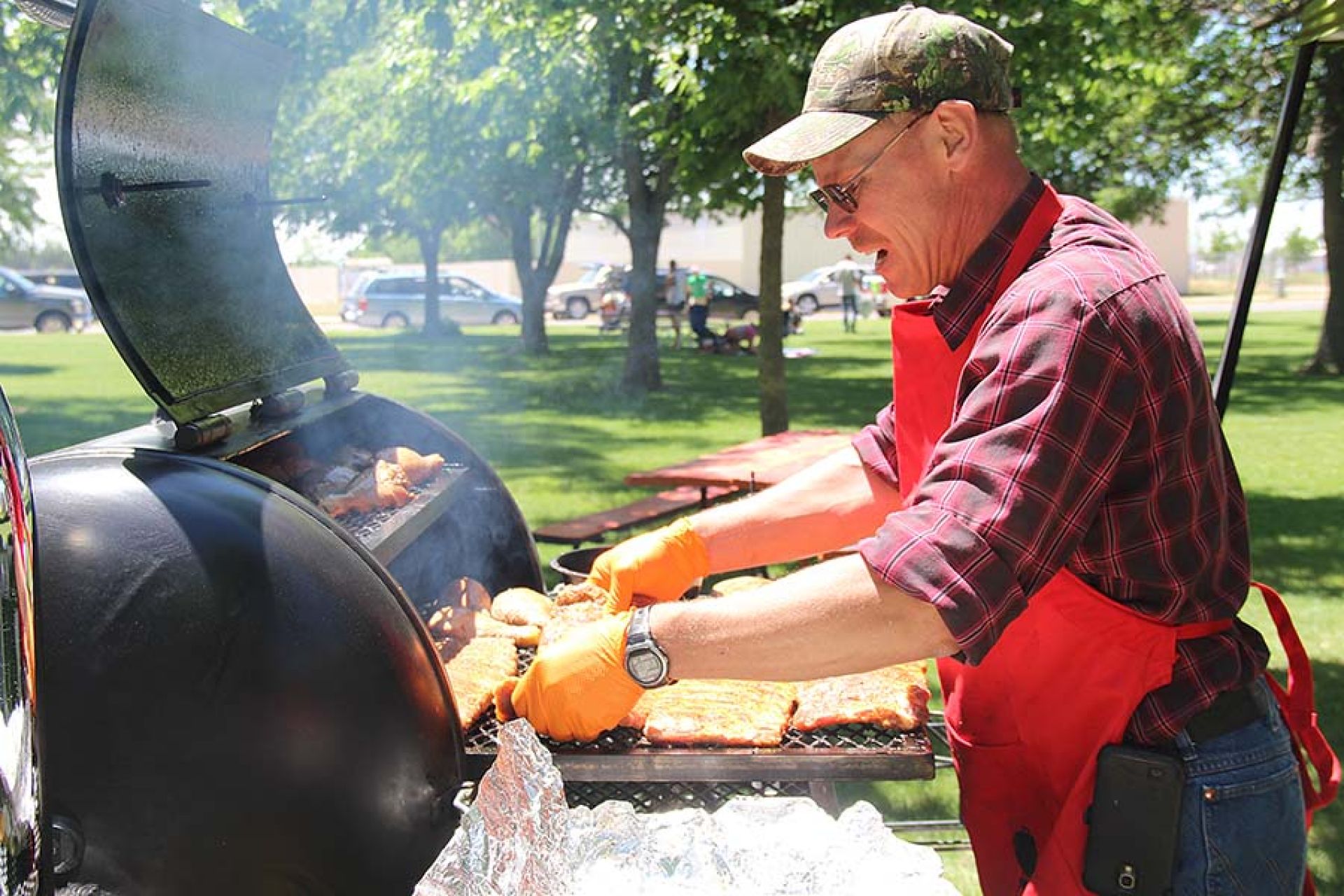 Larry Bostock removes ribs from his cooker at the cook-off. Photo by Lauren O’Brien

The Rushville Chamber of Commerce’s 4th Annual Rib Cook-off was held Saturday, June 25 at Modisett Park. Participants were allowed to arrive at 8 a.m. to cook their meats.

Everyone provided samples for the public while they cooked ribs. The Tiensvold’s served candied bacon with maple syrup and brown sugar. Mary said the prep time takes the longest, but it is a popular item at every event.

Bostock entered the event with his hand-built smoker. Brady Kersey assisted Bostock at the event. Kersey encouraged Bostock to enter the competition and volunteered to help. He served chicken and barbecue beans as samples for the public. Bostock said he learned to cook from his dad, who told him he needed to know how to cook instead of worrying about someone cooking for him.

Clint Andersen checked his smoker to see how the ribs were cooking to discover a problem. Half of his smoker was not hot enough. With the help of his wife, Jean, and Mick and Mary, he reignited the coals.