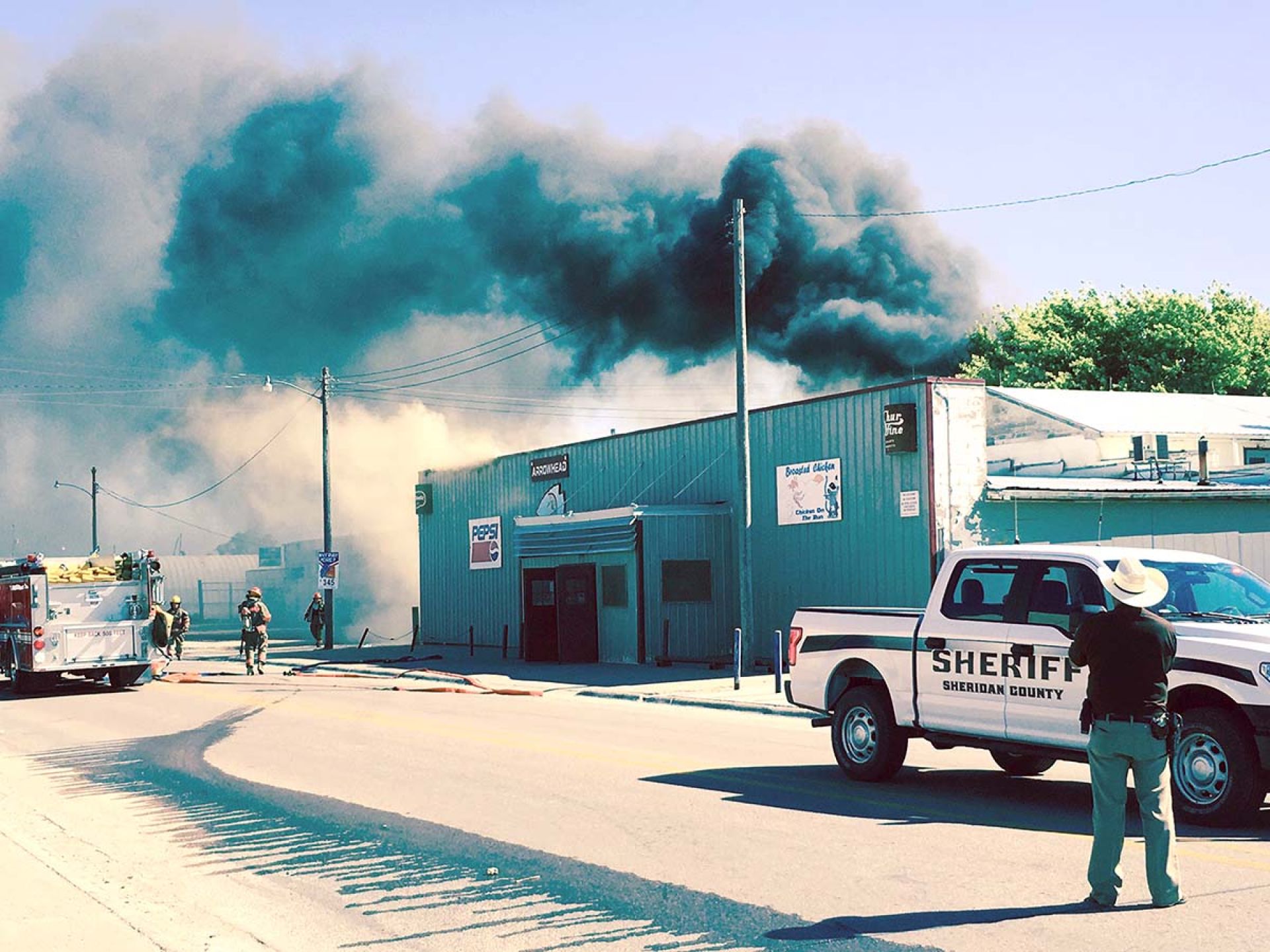 Sheridan County Sheriff Terry Robbins watches as firefighters work to contain a fire at the back of the Arrowhead Grocery Store in Whiteclay. Photo submitted

A call came in at 9:15 a.m. Monday morning that the Arrowhead Grocery Store was on fire in Whiteclay. When the first responders arrived, they saw fire coming out the back door and volumes of smoke. The chicken fryer had caught on fire and owner Martin Pilcher and staff were unable to put it out with fire extinguishers, so they called the fire department.

With Whiteclay about 30 minutes away from Rushville, Assistant Fire Chief Jerry Kearns estimated it took about an hour and forty-five minutes between the call and firefighters spraying water on the building. The winds blew in a northerly direction as the smoke rose into the atmosphere.

Once the firefighters arrived, they used the water supply in Pine Ridge, which became an issue. “It was hard for the tankers to keep up with the amount of water that was needed,” said Kearns.

There is a house attached to the back of the grocery store that was also impacted by the fire. Everyone was evacuated from the buildings and there were no injuries.

The fire bellowed out of the building 30 feet high during a free burn state. The height is caused when the fire reaches the ventilations it needs, but it  burned for a short period of time. Both the grocery store and the house attached in the back were lost.

Around 11 a.m. the crews turned to a defensive exposure control to prevent the fire from impacting the surrounding area. The last unit returned to the station around 4:30 p.m. A unit went to the building at 2:30 a.m. to spray additional water. The building will continue to smolder for several days, but Kearns said the fire is contained to the building.

According to NBC Nebraska, Deputy State Fire Marshal Mike Turner estimated structural damages at $350,000. That does not include the contents.