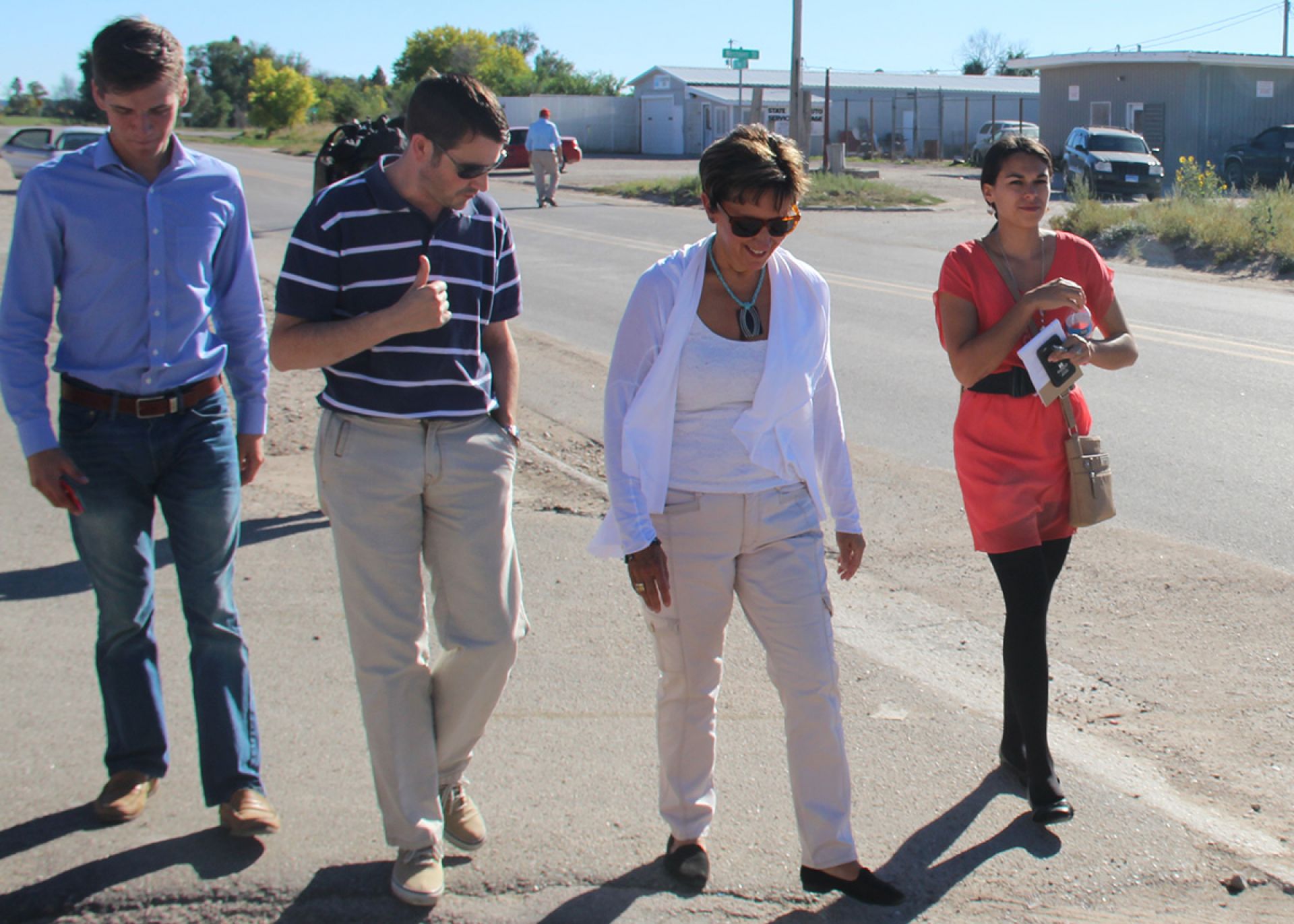 Sheridan County Commissioner Jack Andersen said local officials don’t have adequate law enforcement in Whiteclay, an unincorporated village of about a dozen people and four beer stores that sold the equivalent of 3.5 million cans of beer last year. Andersen said he’d like to see a regular officer stationed in the village.

“We absolutely do not” have the resources to deal with Whiteclay, Andersen said in a testimony to the Legislature’s General Affairs Committee. “We really need help with law enforcement.”

Whiteclay sits on the state line about two miles south of Pine Ridge, S.D., the reservation’s main village. The reservation, home of the Oglala Sioux Tribe, is plagued by poverty, alcoholism and high rates of fetal alcohol syndrome.

“I think Sheridan County not only has the right but the responsibility to take action against those (liquor) licenses,” said John Maisch, a former Oklahoma alcohol regulator who produced a documentary about Whiteclay.

Nebraska Liquor Control Commission Executive Director Hobert Rupe said he was “very surprised” to hear Andersen’s statement. “If they feel there is not adequate law enforcement, that would be a reason for the county to deny automatic renewal of the licenses this coming spring,” Rupe said.

Rupe said the process would have to begin with Sheridan County once it sends out renewal notices in January. After a public hearing, the county could recommend that the Liquor Control Commission not renew the stores’ licenses.

Lawmakers convened Tuesday’s hearing at the request of Sen. Patty Pansing Brooks of Lincoln, who is looking for ways to reduce alcohol-related problems in Whiteclay. Pansing Brooks said she supports closing the stores but wants to find other solutions in case it doesn’t happen. Her suggestions include opening a detox center, telehealth services and more law enforcement.

“Nebraska must take responsibility for the annihilation of a people,” she said.

Andersen said he believes state officials and Whiteclay’s merchants agree on the need to “clean up” the village by getting rid of dilapidated buildings, but he argued that panhandlers would still congregate in the area even if the beer stores closed. Whiteclay has become a regular hangout spot and is also frequented by bootleggers, he said.

Some senators said closing the stores isn’t a realistic option because the merchants could challenge the action in court, and if they remained shuttered, residents could drive to other Nebraska towns.

“It seems that closing all of those stores is an option that’s really off the table,” said Sen. Merv Riepe of Ralston.

“As long as the state of Nebraska does not honor the tribe’s request that there be no alcohol on the reservation, alcohol will keep flowing across the border,” he said.

Nora Boesem, a South Dakota foster parent, said two reservation children have died in her care because of complications from fetal alcohol syndrome. Others suffer from serious health problems.

“We need to realize that this is decimating a beautiful people,” Boesem said. “My children’s families are being torn apart.”

The hearing drew members from the Oglala Sioux, Rosebud, Omaha and Winnebago tribes, but did not include any current members of the Oglala Sioux tribal government. Oglala Sioux Tribe spokesman Kevin Yellow Bird Steele said elected tribal leaders weren’t told about the hearing but are willing to work with Nebraska officials to improve the area.