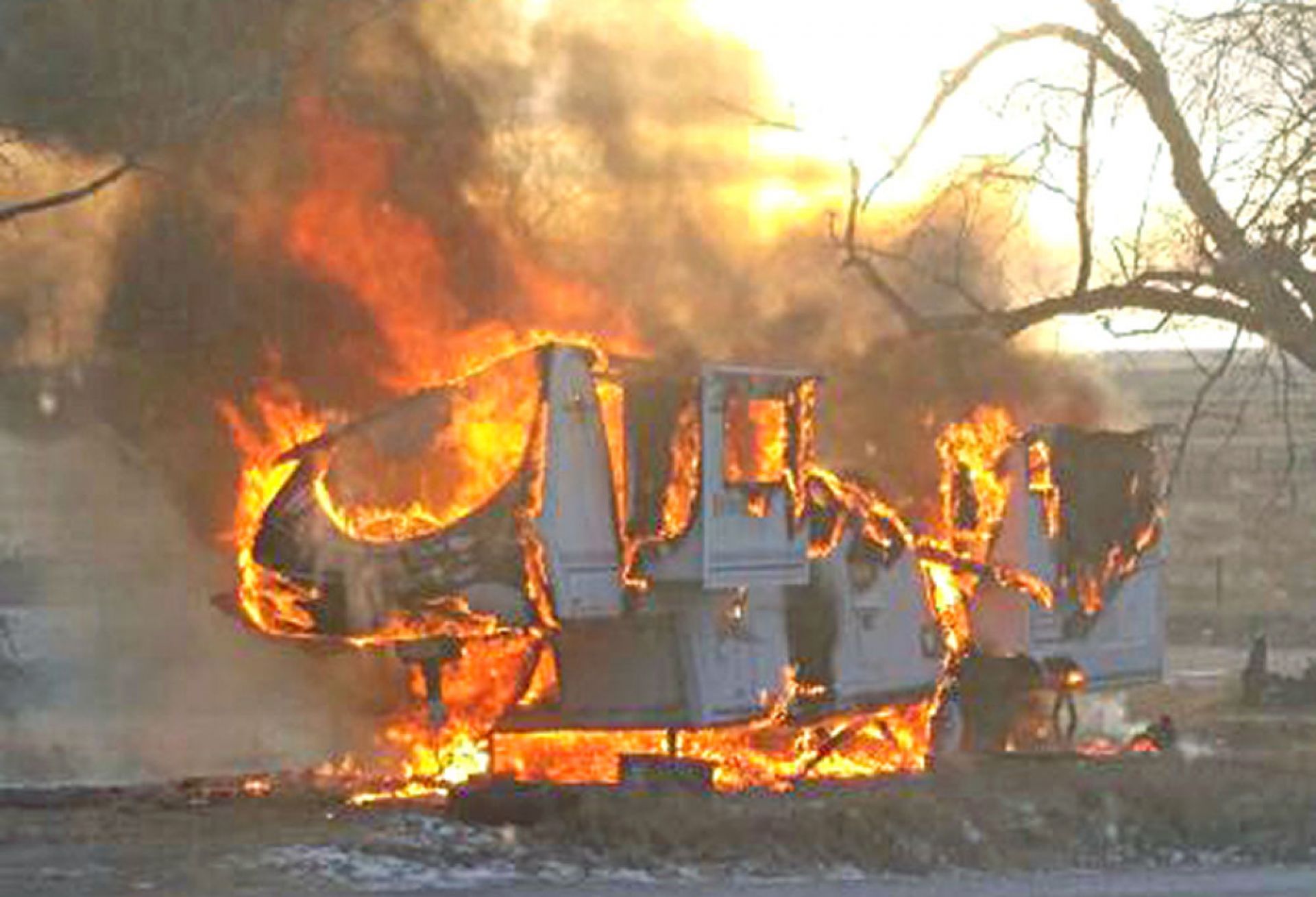 Around 2:30 p.m. on December 9 smoke seeped out of Rebecca Cate’s and Keith Campbell’s RV in Hay Springs, shortly after the couple left to get supplies for Cate’s dad. His water lines blew out and they were getting the house ready for the market before they left to sell merchandise. Brad Sauder called them to let them know their home was on fire.

By the time they arrived, the house had ignited. As they waited for first responders to arrive, they realized the communication lines were down. A man near the scene pulled the couple’s diesel truck away from the flames, which Cate and Campbell were grateful for. The firefighters worked to put out the flames coming from the 36 ft. fifth wheel, but once that occurred only the frame remained.

Inside the home was their beloved German shepherd Logan who was four years old and two cats. The house also had iPads, laptops, and tools Cate and Campbell used as traveling merchandizers. “It’s not just losing our home,” said Cate, “but our business.”

The RV was not insured after it was registered, but they planned to do that before heading out for work. Their business ventures take them to Michigan, Florida, and Missouri, to list a few.

The fire damage resulted in an estimated loss of $15,000 in assets. “It is a real setback,” said Cate.

Cate and Campbell’s family set up a Go Fund Me, which raised $1,000 so far. The charity site is at https://www.gofundme.com/burned-out-need-some-compassion.