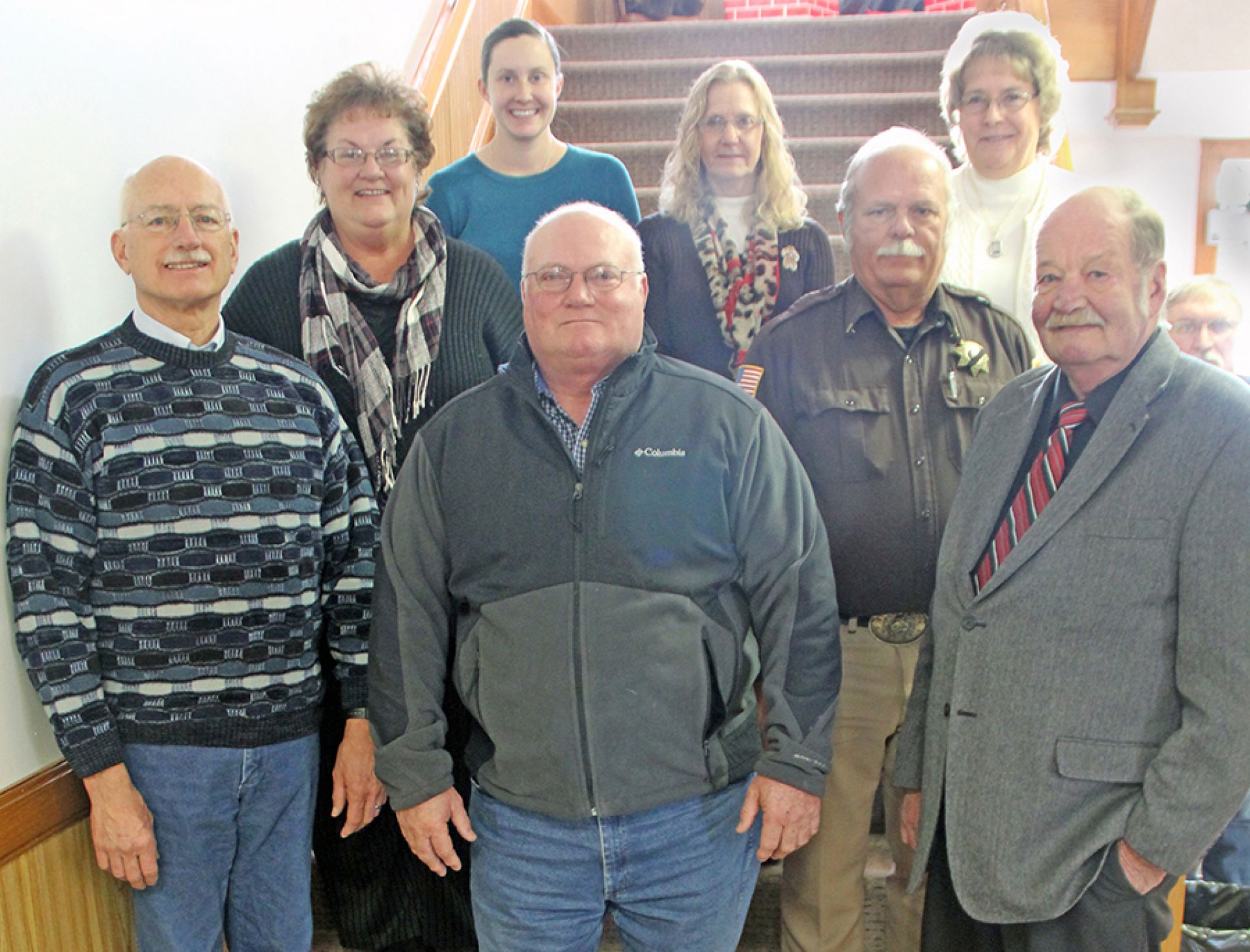 A passion for helping others and developing strategies to improve Sheridan County’s growth takes a special person who is willing to listen to the community’s input and act on it. As the Sheridan County Chairperson, Dan Kling has spent two decades listening to the public while transforming the appearance of the commissioners.

When County Magistrate Julie Krotz swore Kling into office 20 years ago, he was unsure of what lie ahead. “I just wasn’t sure what was going to happen,” said Kling. On his first day he dressed in a three-piece suit, as that’s what public officials wear. After a few weeks, he decided to switch into comfortable clothes and noticed how the public positively responded to his attire. Shortly after, another commissioner showed up wearing comfortable clothes.

He recalled a memory during a trip for his first workshop in Kearney where they stopped at McDonalds for food. After grabbing his tray of food, he turned around and spilled his milkshake on a woman’s shoes. “I’m beet red,” said Kling. A “little bit on the nervous side.” Moments like that made him wish he kept a diary.

During his time in county government, Kling said he gained a greater appreciation toward county government employees and elected officials. “The conception that the state tells us how to do everything, that is not true,” he said. Although the problems that existed twenty years ago still occur, Kling felt like the commissioners act “to do things for the right reasons and pay attention to our people because we live here.”

As his last official day ended on December 19, he leaves upholding his policy of fairness. He said, “in decision makings you have to be able to treat people you dislike the same way you treat the people you like.” He decided it was time for him to step away and pursue a new career outside of county government because “it’s getting harder to be fair,” said Kling.

Kling is exploring new job opportunities and hopes people remember his fairness, honesty, humor and accountability. “I think that it’s important in everything you do being able to find a way to smile,” said Kling. “Even when it’s not easy.”

Commissioner James Krotz shared how Kling’s stories helped ease the air in the room during property valuation protest hearings. “Just when we were about to run screaming from the room at the prospect of hearing the same, wrong idea for the umpteenth time,” said Krotz, “Dan would tell a funny story that would lift us up and give us the energy to carry on.”

Kling’s ability to lighten the mood through his stories would prank Krotz even after ten years of working together.

Despite his humor, Kling’s seriousness helped his fellow commissioners handle issues facing the county. “Dan has an uncanny knack for defusing difficult situations,” said Commissioner Jack Andersen. “Even when what we needed to tell someone was not what they wanted to hear, Dan had the ability to say it in such a manner that the person before the Board felt they had been heard and accepted the results.”

From his dedication to the county for two decades, Kling’s presence influenced his coworkers. “Over the years I’ve been blessed to work with some folks of great integrity,” said Krotz. “Dan Kling is in the very first rank.”

Still, the scariest part for Kling is the speed of time. “It just seemed like yesterday,” said Kling. “That’s the scariest part, how fast it all went.” With the anticipation of Loren Paul’s arrival on January 5 as the new county commissioner, Kling will miss the people. “People here are caring and concerned about everybody,” said Kling. “I loved it.”

Kling’s presence in county government will be missed by all who knew him, but wherever his career takes him, he will no doubt bring his humility and kindness.