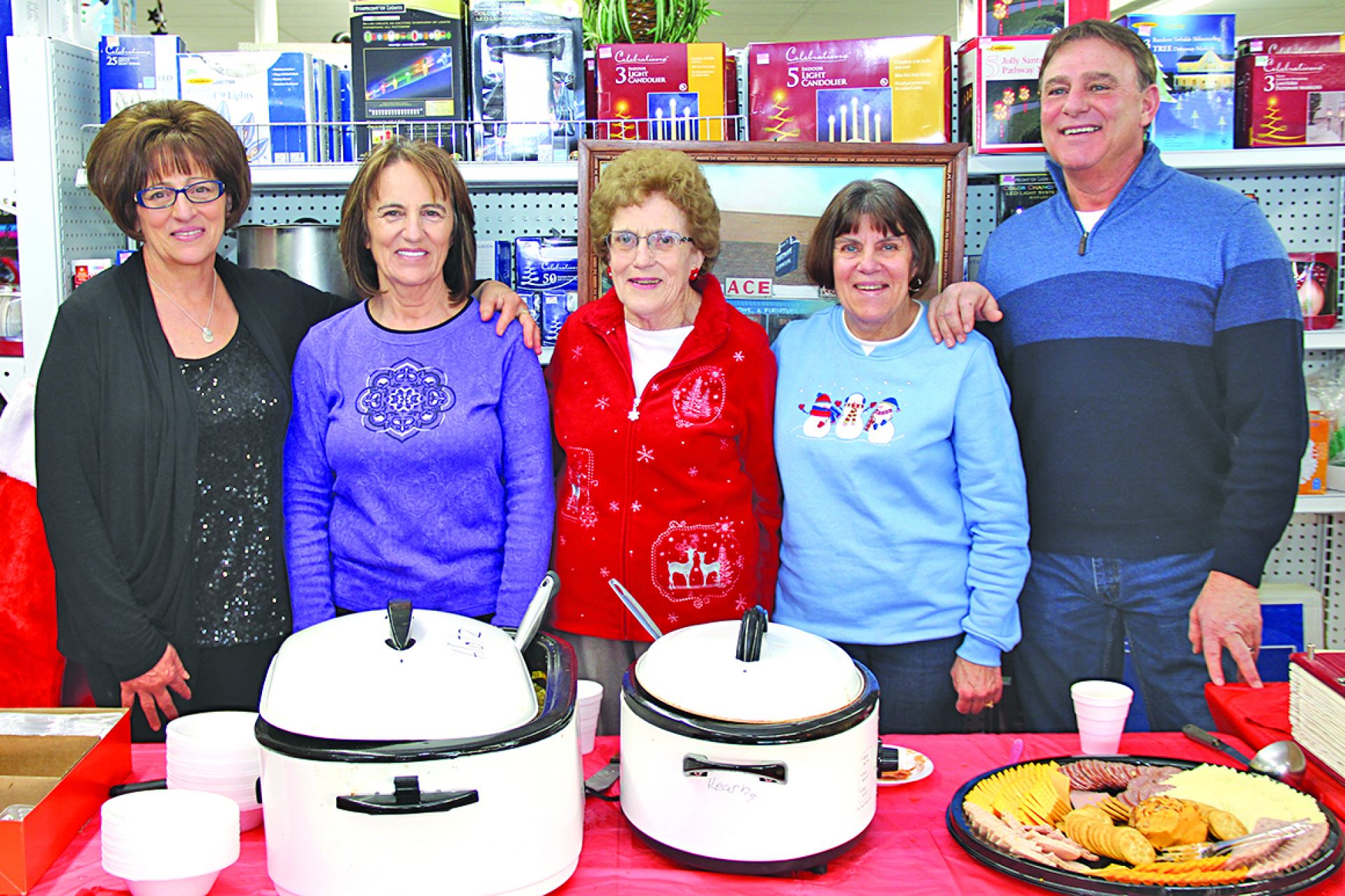 The Hinn’s welcomed family and friends into their business on Wednesday, December 28 to celebrate Marge Hinn’s 85th birthday and Hinn’s Hardware and  Furnishing Co.’s 60 years of business.

Marge was born on Thanksgiving Day in 1931. She married Charlie Hinn in 1952. He worked with his brother in a ranching business about 23 miles south of Rushville. With tension building between the brothers, Charlie asked Marge what business they should get into. After around four months of unemployment, he decided to use a building his father owned to start a hardware store. “Now what did I know about hardware and what did he know about hardware?” Marge asked. “Absolutely nothing.”

The original building was smaller and included only the front portion of what is now Dollar City. Next door there was a printing shop that the Hinn’s later purchased.

As the business continued to grow, they built an upstairs in 1989 to add more furniture and carpet. Her son, Chuck Hinn, helped sell and install carpet for the business. Hinn said he first installed carpet at the age of 13. When he wasn’t working on carpet, he and Steve Higgins would fix up buildings around Rushville.

Marge is grateful for her children, 18 grandchildren, and 12 great-grandchildren who help keep the business going. Despite her children’s wishes for her to retire, she said that will never happen. “There’s always a mountain to climb, but don’t ever reach the top,” Hinn recalled her husband saying. “Don’t ever reach the top because then you’re ambition will oh, well we’re done.”

Looking back on the sixty years, Chuck said the weirdest thing that changed was how his parents closed the store at 7 p.m. or 8 p.m. and then would bartend until 1 a.m. People also trusted each other and would leave their car keys in the vehicles while they grocery shopped.

The Hinn’s pride themselves on providing good customer service for everyone who enters their stores. “A lot of places can sell things probably a lot less,” said Chuck Hinn. “But customer service is a big, big thing.” They work to offer items the public needs and  address customers’ concerns about products that do not operate properly.

With sixty years of business, Marge hopes “we gave them a lot of customer service and were open when people needed us.” As the business continues, it is clear the Hinn’s have made helping the community a family affair.

More in this category: « Dan Kling shares his knowledge from 20 years of county government service Twisted Turtle Pub opens for business in Rushville »