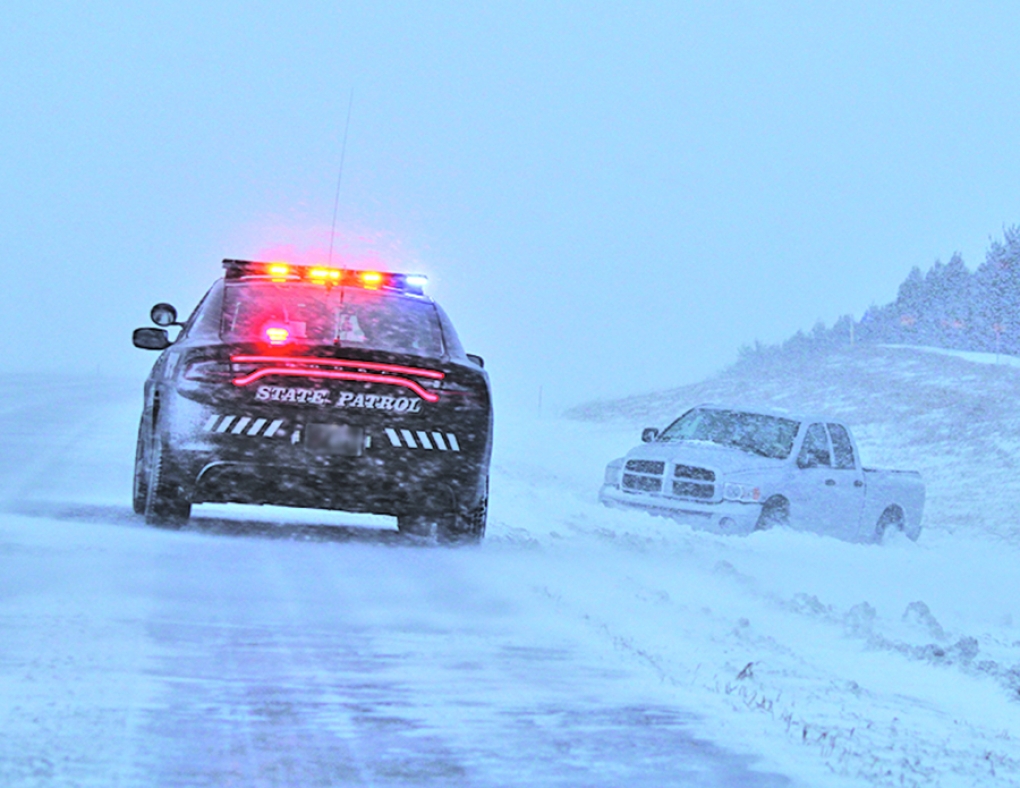 Another winter storm moved into the Panhandle on Friday evening during the commute home. As the sun fell below the horizon, the snow began to freeze with the temperature at 27 degrees and northwest wind gusts at 20 mph.

Several accidents were reported across the Panhandle throughout the weekend as icy roads and blowing snow slowed travelers. Reports are still being processed, but the Sheriff’s office estimates between ten and twelve vehicles were stuck in the ditch over the weekend.

There was an accident in Clinton and one by the radio station in Gordon. Two accidents occurred within a mile of each other between Rushville and Hay Springs over the weekend.

On Friday, January 27, a man was heading to Rushville from Chadron along Historic Highway 20 when a tractor pulled out in front of him from 400 Lane. Around 4:30 p.m. he proceeded to pass the tractor, but when he pressed down on the gas, his tail end broke loose and his truck slid bumper deep into the snowy ditch.

The Dodge pick-up ended up facing a northwesterly direction in the south ditch as the visibility dropped to half a mile. A State Patrol trooper arrived shortly later to check on the driver. As they waited for a tow truck to arrive from Hay Springs, the driver dug out snow from underneath his front bumper while his three dogs gazed out the front window.

Another accident occurred further west from Friday’s accident. A pick-up ended up in the ditch and became buried in snow up to the back of the truck bed. Travelers driving from Hay Springs Monday morning could hardly see the vehicle except the roof while heading toward Rushville.

According to Lt. Jamey Balthazor of the Nebraska State Patrol, patrol officers “worked ten crashes and provided an additional 60 motorist assists” from January 23 through January 29. “Pickups in the ditch are not considered crashes if nothing was damaged,” said Balthazor. They are “motorist assist events when we help people get them out or direct traffic as a tow truck pulls them out.”

More snow is expected during the week with winds around ten mph.