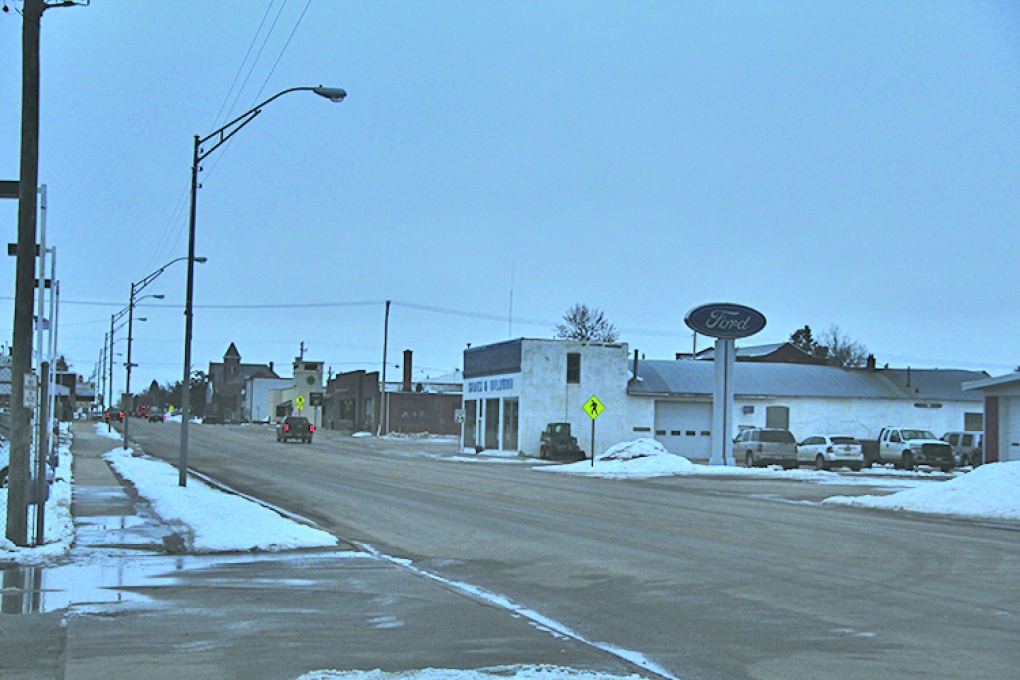 Rushville and Clinton lost power Tuesday, January 31 around 3:30 p.m. after a road motor grader struck and damaged a pole and power line. A worker was getting ready to park the vehicle at the county shop in Rushville after a 10-hour day removing snow. As he turned, he accidentally busted the pole and the wires snapped together. No one was hurt.

Workers arrived at the damage and the lockout of the line occurred around 4:45 p.m. This ensures worker safety by stopping the electrical current while they work on the pole and line.

Rushville businesses were forced to close early since no electricity quickly dropped the temperature and posed a safety risk. The town became quiet as the streets sat vacantly and a few vehicles passed through on Highway 20.

According to Nebraska Public Power District, 643 of their customers in Rushville lost power. “The pole was temporarily repaired and will be replaced at a later date,” wrote Mark Becker, Corporate Media and Media Services Supervisor for NPPD.

It took 42 minutes for NPPD workers to temporarily repair the pole and restore power to their customers. The pole will be replaced later. Some residents reported not having power until closer to 6 p.m., which was the time the sheriff’s accident report showed that the issue was resolved.