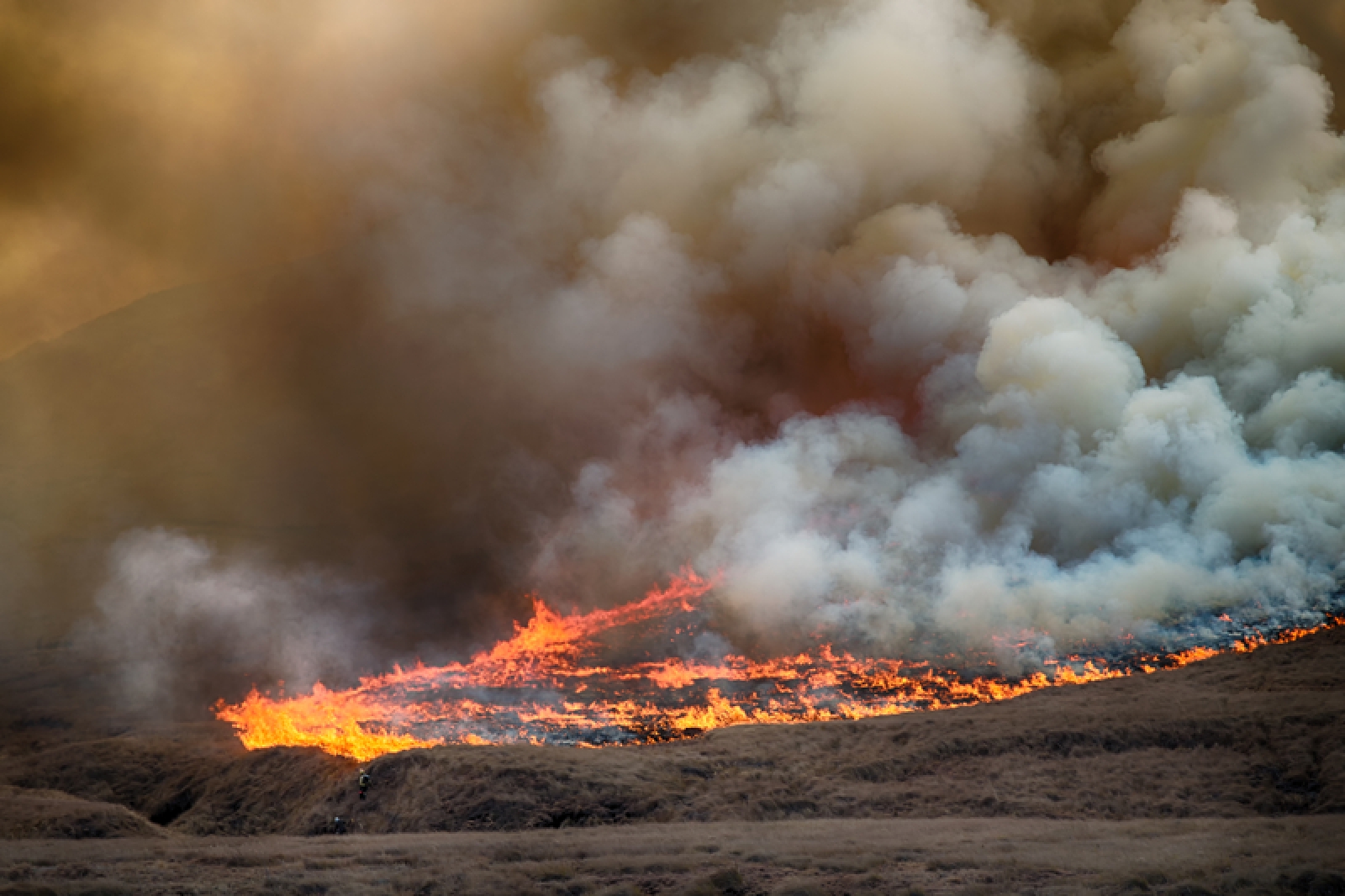 Since October a group of men in the community have been meeting on Monday nights for a Bible Study.  When the devastating fires occurred earlier this year in Nebraska, Kansas, Oklahoma and Texas they were moved to do something to help those who have lost most, if not all of their belongings and livelihood. Clark County, in Kansas, appears to be the area where the biggest amount of destruction has occurred. Eighty-five percent of Clark County burned, including 34 homes and approximately 480,000 acres.  Thousands of livestock were lost.

In an effort to help those affected by the fires, this group of men have started a community mission project of collecting items to send to Kansas.  Dave Hauck of Batesland, S.D., has volunteered his truck, trailer, fuel and time, to haul fencing supplies. This truck will be loaded with wire, posts and various other fencing items.  The Batesland Fire Department has offered an enclosed trailer to haul items as well.  It is hoped that the trailer can be filled with items such as clothing, tools, toys and whatever else the people of our community might want to donate. Furniture and other household items are not needed at this time. They will be needed at a later date when people begin to rebuild their homes, but we can’t accept them at this time because they have no place to store them. Dave Hatch has graciously offered a storage unit to hold things in until they are taken to Kansas.

If you are wanting to donate money that can be used to help purchase items there are various ways that can be done. Checks could be made out to, and sent to, the Ashland Veterinary Center, one of the central organizing sites.  That address is Ashland Veterinary Center, P.O. Box 869, W. Hwy 160, Ashland, Kan., 67831. There are also some ways to donate money here for purchases of items to be transported to Kansas.  Information on donation opportunities and information on collection of items, can be found out by contacting any of the following individuals: Gary Ruse (360-1269), Larry Turnbull (360-1416), Gary Sandage (360-0561), Bill Combs (360-1363), Russell Johnson (360-0265) Roger Bowman (360-0325).

If you’re interested in learning more about the fires and the destruction it has left behind, you can Google “2017 Prairie Wildfires/Agri. Pulse”.  The cutoff date for collecting items has been set as April 26th.  The truck and trailer will leave for Kansas on the 27th or 28th.