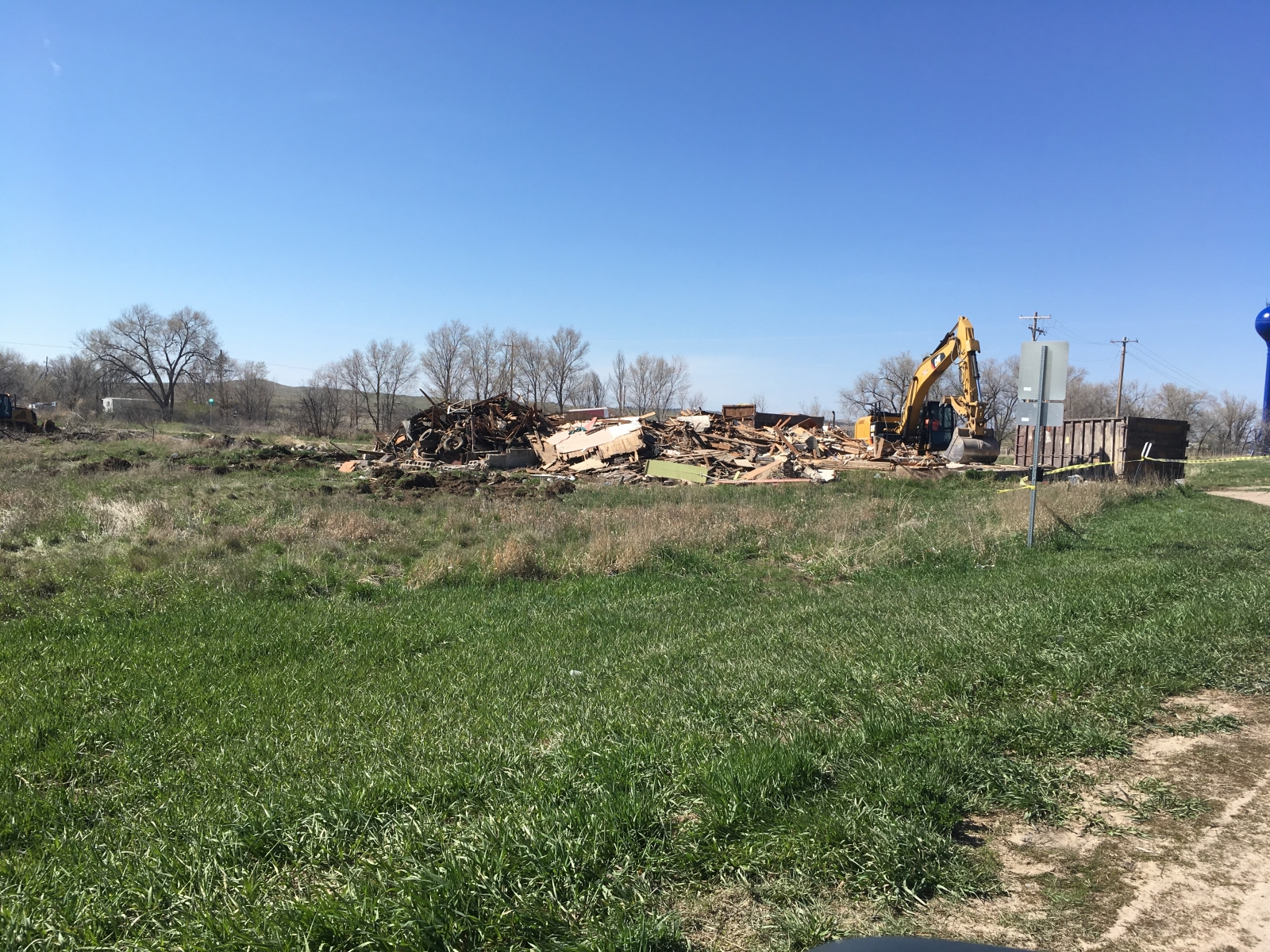 A small community of nine is transforming in the Sandhills just south of the South Dakota border. Two buildings were demolished in Whiteclay on Wednesday, April 12 as members of the community come together to fix Whiteclay.

Decades have passed as the dilapidated buildings tarnished and became a canvas for graffiti.  Now local residents and business owners who are involved with Gov. Pete Ricketts’ task force are coming together to rid the unincorporated village of those buildings that have characterized society’s view of Whiteclay. With the help of the Nebraska Department of Health and Human Services $100,000 grant to the Panhandle Area Development District, a brick house on the east side of the highway at the south edge of town and a building on the opposite side of the highway at the north end of town were removed. In addition to the buildings, the grant was used to contract workers to fill five hazardous pits, trim up trees and bushes. The debris was transported to a Pine Ridge dump.

According to Jeff Kelley, Executive Director of Panhandle Area Development District, PADD worked with the DHHS to acquire bid specifications, advertise the project, go out for bids, select a contract, and monitor the project to completion. “PADD is acting as a pass-through for the funds that will be used to pay the contractor,” said Kelley.

Once the lots are cleared, the property owners can rebuild their parcel of Whiteclay.