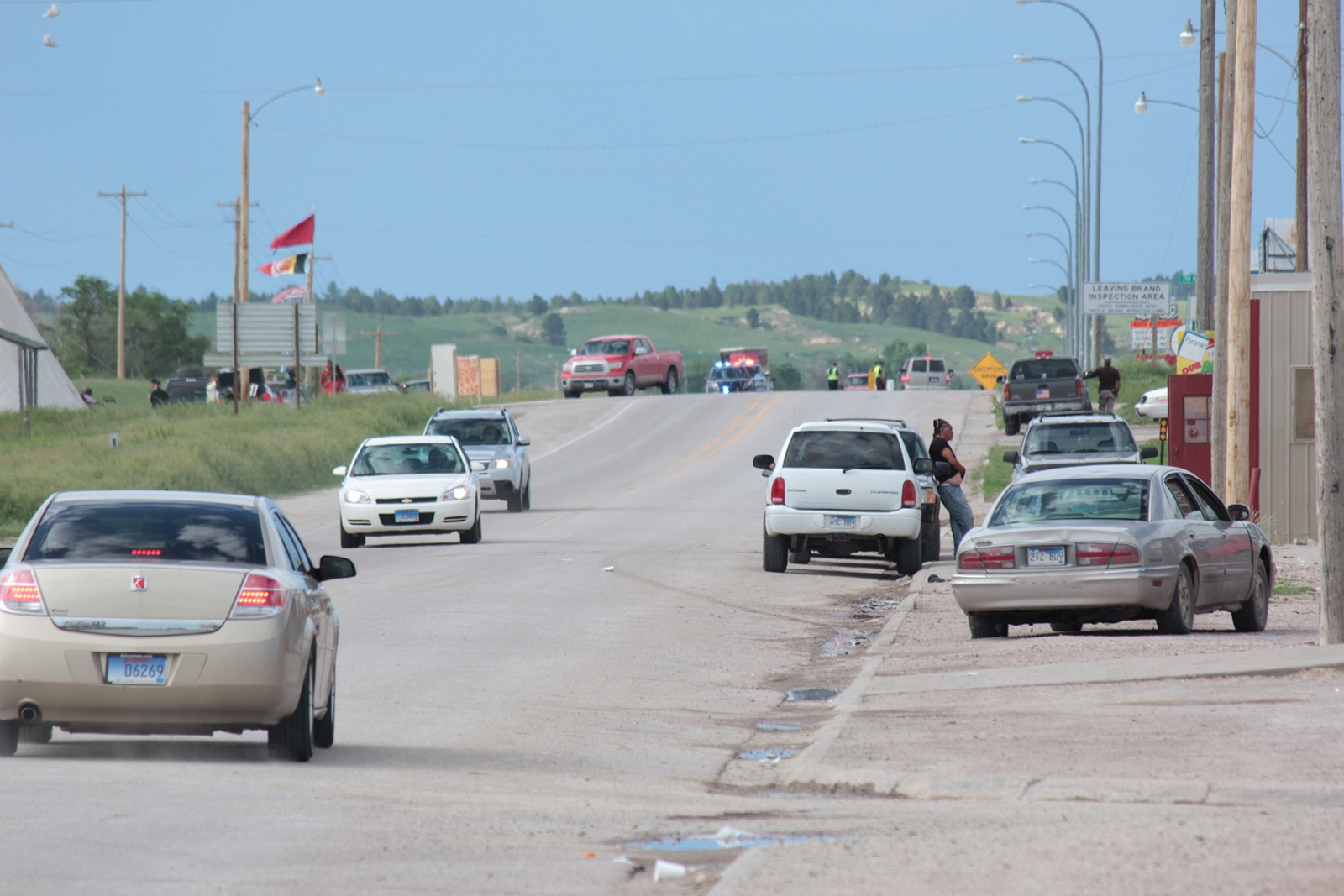 It’s been two weeks since the Whiteclay beer store owners testified before the Nebraska Liquor Control Commission. The three commissioners reviewed the testimonies and on Wednesday, April 19 they voted unanimously to deny the renewal of the four licenses.

The verdict was announced at 10 a.m. MT as the commissioners voted 0-3 against the licenses. The room erupted in applause. They cited testimonies from the April 6 hearing citing inadequate law enforcement in Whiteclay, over 100 ambulance calls to the village, and sexual violence as reasons for their denial.

Commissioner Bob Batt said by revoking the beer licenses and closing the stores it will stop adding fuel to the fire for alcohol problems on the Pine Ridge Indian Reservation. They also noted the poor sanitation and people sleeping along the highway as issues that need to stop. With the denial, the beer stores’ licenses will expire on April 30 at the time the businesses close.

Attorney Andrew Snyder, who represents the four Whiteclay beer stores, has started an appeal of the liquor commission’s decision. An appeal would postpone closing the stores until a final ruling. He argued that the commission should have renewed the licenses as they have before. The liquor commission previously denied licenses in Whiteclay a decade ago, which took two years to get through court before the vote was overturned.

Sheridan County residents have turned to social media to voice their concerns for their communities. Local law enforcement and city officials shared their thoughts about the impact this decision has on their families, friends and neighbors.

Gordon Police Chief Adam Wackler voiced concern about the impact on the community. He said the decision effects Gordon, Rushville, and Hay Springs, but the direct effect won’t be realized until the stores stop selling alcohol. Still, Wackler’s concern for the community and his officers remain his priorities. “To anyone in our community that has questions or wants to voice their opinion, my door is open all the time,” said Wackler.

Hay Springs Mayor Richard McKay was happy, but concerned at the same time. He voiced his fear of the repercussions on the neighboring towns as the cities and police force try to manage the upcoming onslaught. “I think it’s going to be a big headache on the downstream for the outlying communities,” said McKay. McKay thinks Gordon, Rushville, Hay Springs, and Chadron will see an increase in vandalism because of drunkenness and people sitting on the streets.

Rushville Mayor Chris Heiser shared the concern about the Liquor Control Commission’s decision impacting communities. “In my opinion, I think the communities of Gordon, Rushville, Hay Springs, and Chadron are going to be ground zero,” said Heiser. He believes people will travel where the liquor is and forcing businesses to close is not right. He noted how America has an obesity and diabetes problem and questions whether the activists who fought to close the stores travel the country to fight fast food chains. “I don’t think that it’s right and I don’t think it’s fair,” he said.

At the time of publication, the City of Gordon does not wish to comment.

Whiteclay resident Bruce BonFleur stated, “I think the Nebraska Liquor Commission acted in a precise and thorough manner and concluded the obvious – that there is not adequate law enforcement in Whiteclay.” BonFleur sees the denial as a step toward healing and uniting a community for the right reasons.

Oklahoma attorney and filmmaker John Maisch shared how “for decades the Whiteclay beer stores have been the puppet master and they have controlled county government.” He is convinced that Sheridan County tax payers will be grateful for the decision as law enforcement can commit resources to the entire county.

Alan Jacobsen found the ruling powerful and historical. He hopes that Whiteclay becomes known not for four beer stores, but “where Nebraskans took a stand for justice.”

Senators and residents are coming together to redevelop Whiteclay through grants and loans for new businesses.

Snyder drafted an appeal and filed it in the Lancaster County District Court Monday afternoon stating the decision was unsupported and contradicted state law. The four stores’ licenses will expire on Sunday unless a judge issues a restraining order to delay their closure. The hearing is set for later this week.