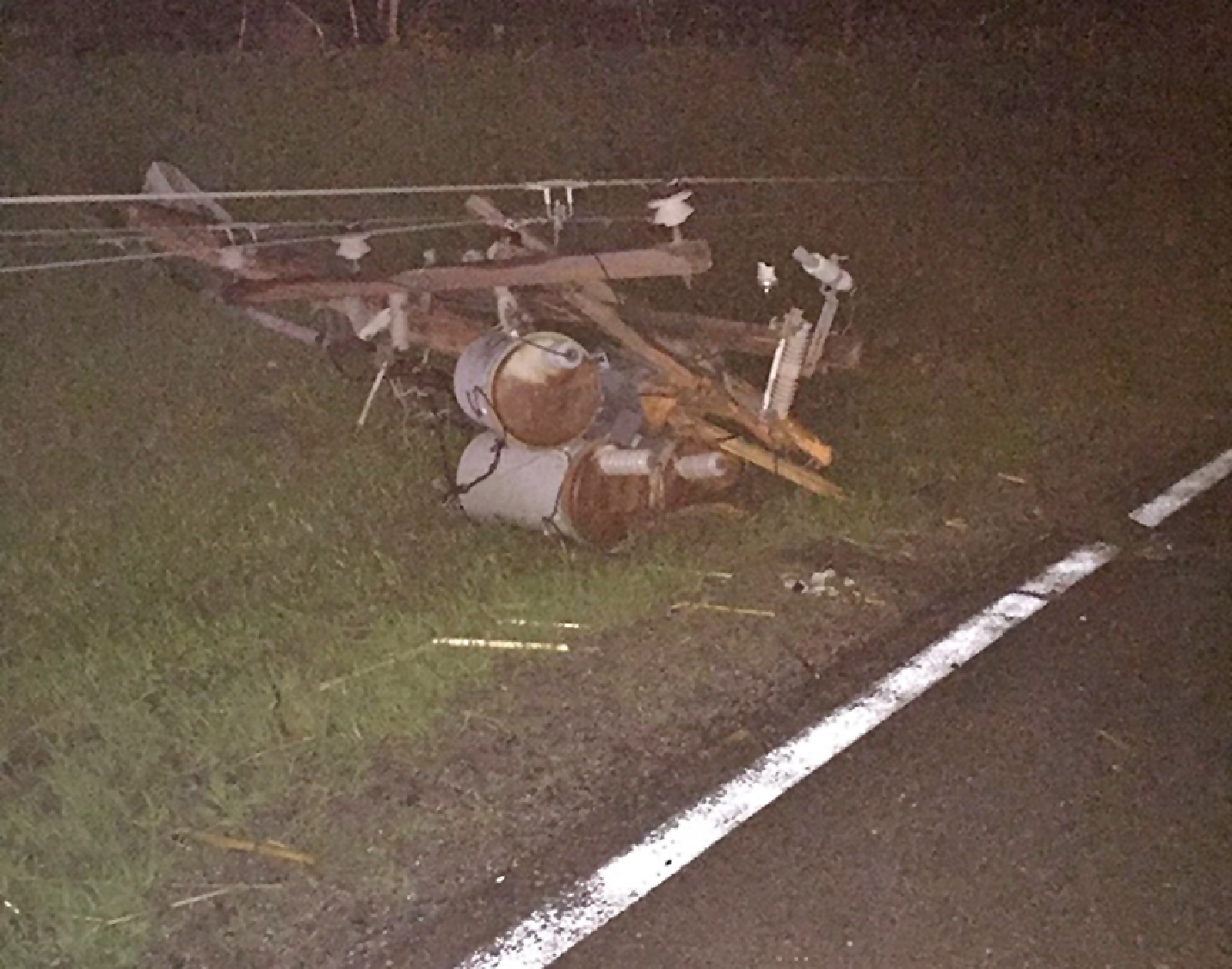 A power pole lays on the ground 5 mi. south of Rushville after Sunday’s storm. Photo submitted

As people prepared for bed Sunday evening, a severe thunderstorm moved through the Nebraska panhandle. The storm headed in a northeasterly direction through Crawford before going through Sheridan County.

Hay Springs had wind gusts of 71 mph as the storm moved through and almost two-tenths of an inch of precipitation. Some Sheridan County residents were traveling home and had to stop south of the town after hearing reports of large hail. In another report, a woman said the hail stones broke out her windows. Two power poles were destroyed north of the flats substation in Hay Springs from the storm.

Gordon received the most precipitation, totaling almost half an inch. Winds blew upwards of 45 mph as the cell continued into South Dakota.

With the downed power lines, 168 NPPD customers lost power from 9:30 p.m. Sunday evening to 4:30 a.m. Monday morning. There were no reported outages in the Gordon area. NPPD crews had to replace several power poles but reused the material.

More rain is expected throughout the week as the temperatures fluctuate between the upper 40s and low 70s.

More in this category: « Alcohol a factor in Highway 87 accident Senator Brewer awarded Quilts of Valor »