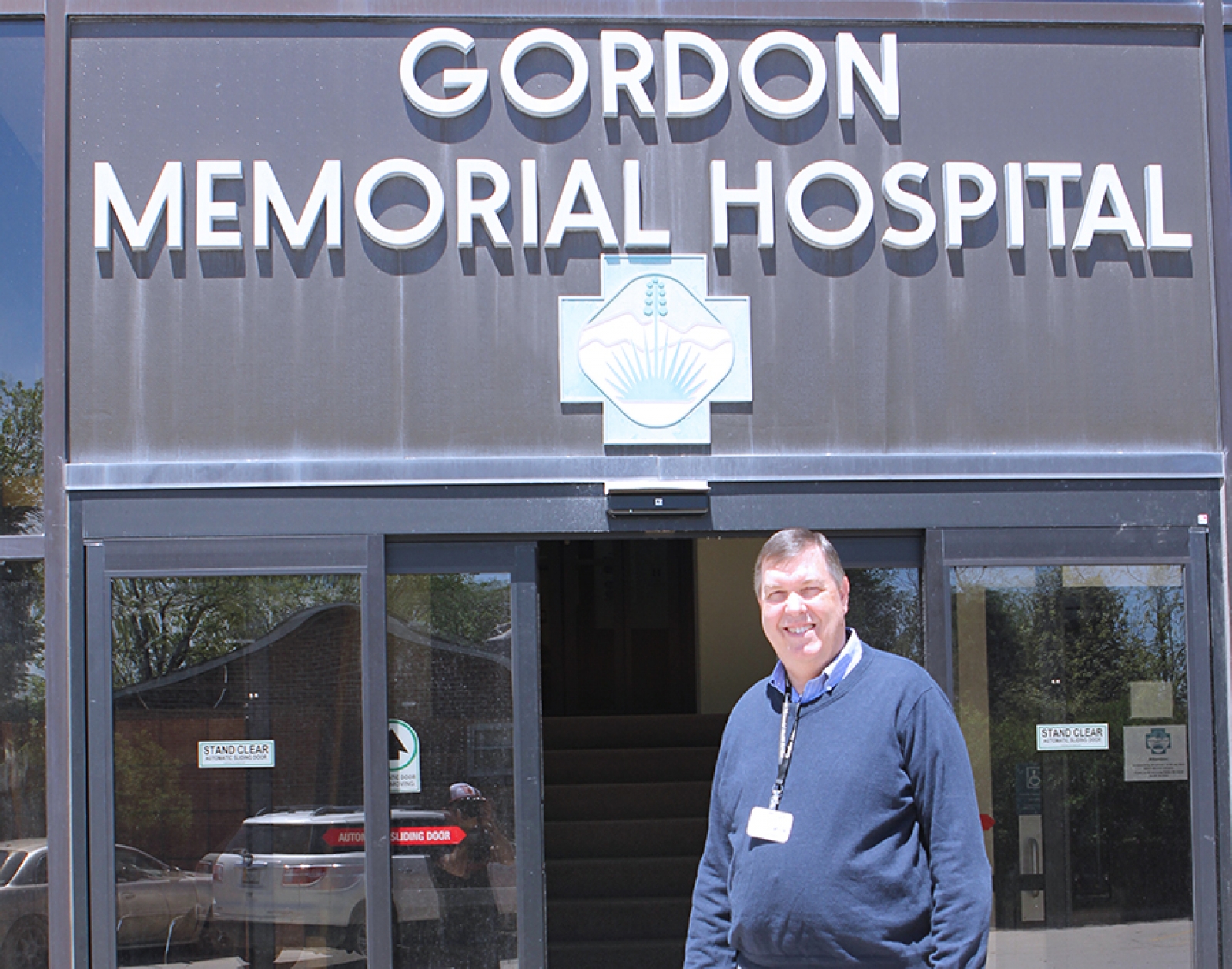 Gordon Memorial Health Services has a new CEO at the helm, quelling a brief period of uncertainty following the departure of William Giles in December. Don Weidemann comes to Gordon from Tucumcari, New Mexico where he was Regional Administrator at Dan C. Trigg Memorial Hospital.

Weidemann brings over 20 years of experience to the position, including eight years spent in Asia where he resuscitated  a struggling, three-campus clinic in Guam and developed a new health system to revitalize 11 distressed hospitals in the Philippines.

Don was drawn to Gordon by its small-town atmosphere and its location. “I really liked the people I talked to,” Weidemann said. “We really enjoy small towns, because you get a chance to know everybody in town. I like that. In small towns everybody’s always very friendly, they’re always willing to help. You don’t get that in a larger community.”

Don is joined by his wife, Marion, and their Yorkie, Teddy, who “runs the show.” The Weidemanns are avid bird watchers, and have already been scouting local areas to enjoy their favorite hobby. They recently participated in the Global Big Day on May 13, submitting 88 sightings, to help place Sheridan County fourth highest of the 93 Nebraska counties. Don is already looking forward to Sharp-tailed Grouse leks and the Sandhill Crane Migration next spring. Beyond bird watching, the Weidemanns love to travel, having already visited every continent but Antarctica.

Weidemann spent most of his first weeks at the hospital getting acquainted with everyone and going over things with interim CEO Allen Gamble, who’s last day was May 15. “The more I look and the more I see ... we’ve got a lot of neat things happening,” he commented. “There’s so many staff here that really want this to be a great hospital.”

Don feels there are a lot of really good things happening with GMHS right now and wants to continue to build on those things and add new services to allow people to stay close to home more often. “Sometimes you get lucky and they happen right away, and sometimes you have to work really hard to make them happen, but it’s something we definitely will be working on,” he said. “We just want to make this as good as we can. We feel that our sole purpose here is to serve the community and so that means to bring as many services that we can provide well to the community and do what we do really well and provide a great experience.”

Weidemann has already been asked several times whether he is a Nebraska Huskers fan. “I have to give a disclaimer,” he explained. “I’ve never been much of a college football fan, but I’m in kind of an awkward position. First of all, I grew up in California, so I kind of like the USC Trojans. Then, my son went to University of Miami. So, of course I’ve got to like the Hurricanes. Now, my daughter’s at Texas A&M, so I’ve got to like the Aggies a little bit, but I’m more of a professional football fan. I’ve been told that if it’s a game that doesn’t matter much, then I need to be a Huskers fan, and I can do that.”

Don and his family are excited to be in Gordon and he is ready to put his experience to work making what he feels is already a great facility even better – adding a much-needed sense of stability at the same time.