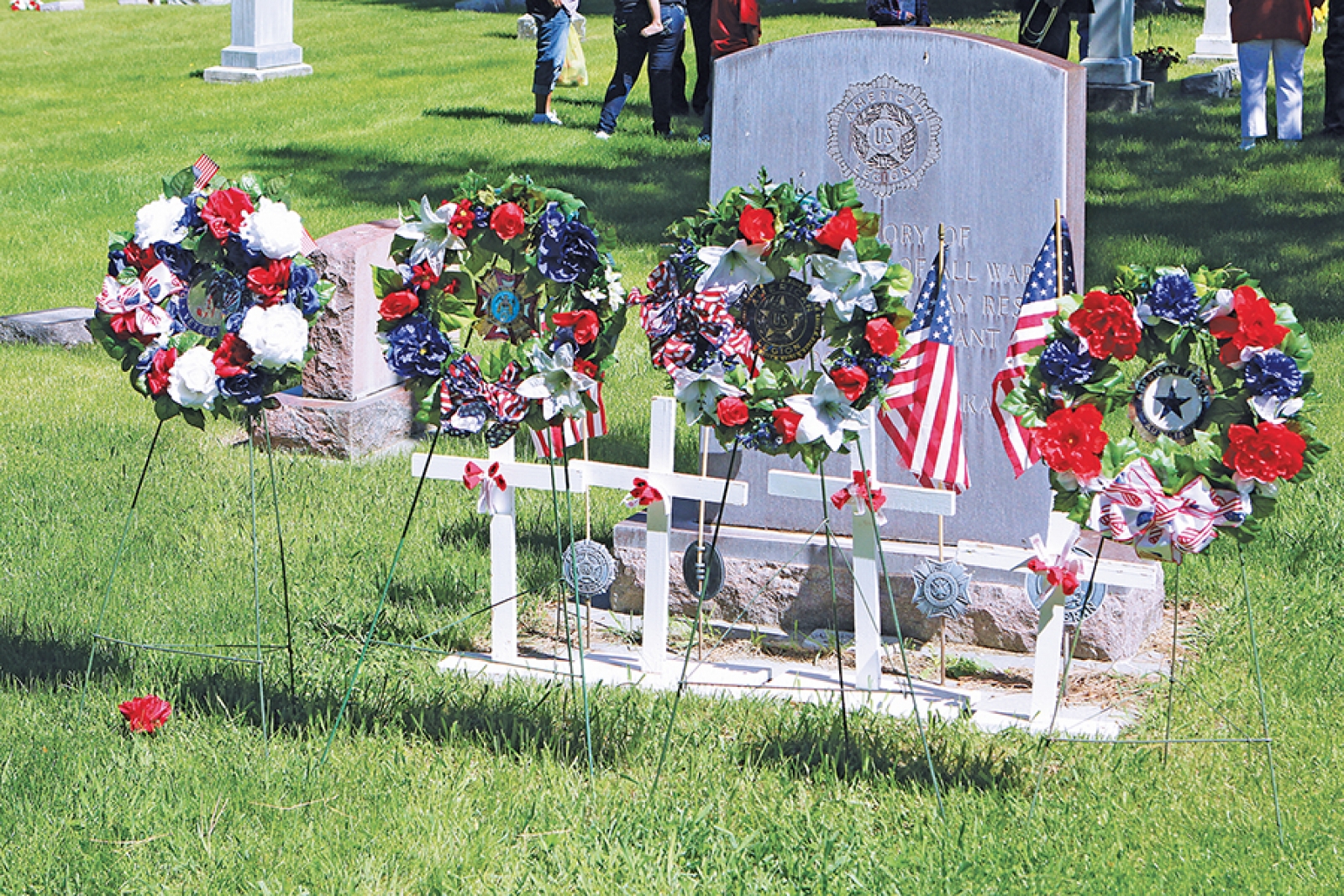 The sun beamed down on all Sheridan County cemeteries for the Memorial Day services on Monday, May 30. People arrived early to place flowers and American flags on graves of loved ones who lost their lives serving our country.

The American Legion Post #161, #34, and #239 honored fallen service men and women with the presentation of the nation’s colors and firing three volleys.

Master Sgt. Carl Dehling of the Army National Guard in Chadron was the guest speaker for Rushville’s service. He spoke of the decreasing awareness among society’s youth about the meaning of Memorial Day. “It does not honor war, but those that died in those conflicts in wars,” said Dehling.

The holiday came from the American Civil War as a way to honor fallen service men and women by laying flowers on the graves. On May 5, 1868, Gen. John Logan, Commander in Chief of the Grand Army of the Republic, issued general order 11, which designated May 30 “for the purpose of strewing with flowers or otherwise decorating the graves of comrades who died in defense of their country.”

Dehling offered a story of three soldiers in remembrance of their sacrifices. Although he didn’t know one of them and barely knew the other two, he honors their sacrifice by sharing their stories and remembering them every Memorial Day.  Those three men are his heroes who are remembered every Memorial Day. As the ceremony came to a close, Dehling encouraged everyone to remember the sacrifice of every soldier on Memorial Day. That could be with flowers, a moment of silence at 3 p.m. or attending memorials across America.

As soldiers continue to sacrifice their lives for freedom, remembering those who came before them and died for their country gives Americans someone to thank for the land of the free.