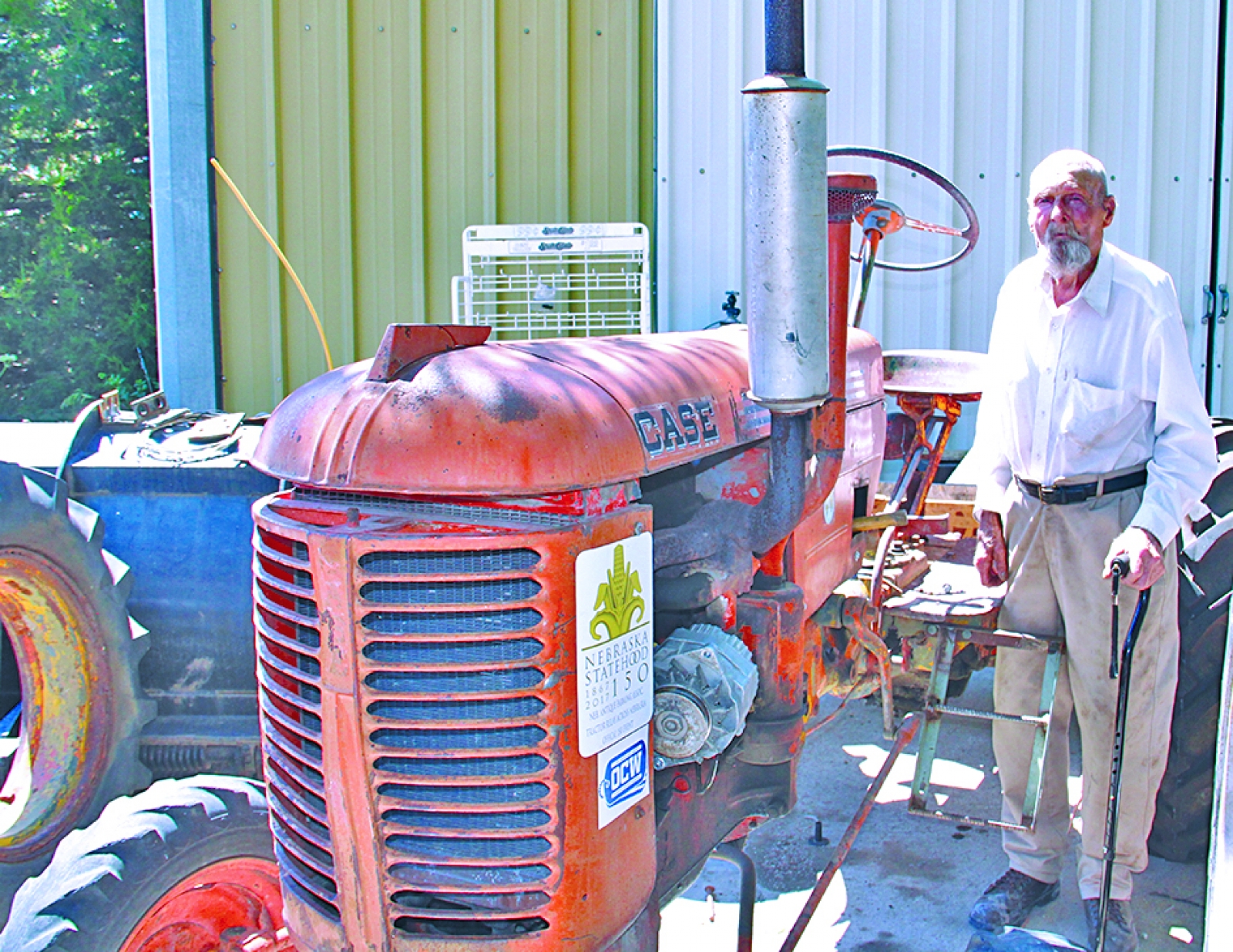 Gordon Greenamyre set out on an eight day journey across the state during the 2017 Tractor Relay Across Nebraska, which was recognized as a 150 Nebraska event. The relay started June 3 in Holyoke, Colo., and stopped in Plattsmouth, Neb., on June 11.

Greenamyre, age 89, is a member of the Highway 20 Antique Tractor Club. He purchased his first tractor over 20 years ago and later became interested in tractor driving after he joined the club.

During that time, he learned about a tractor drive but struggled to participate. “I had heard of the Nebraska Antique Tractor Drive, but it was either already over or halfway over or too late to sign up before I found out about it,” he said.

Then, in 2015, the Highway 20 Antique Tractor Club received information on the relay. The event started in Harrison, Neb., and ended in Yankton, S.D. Greenamyre partook in the excursion for the first time that year.

Greenamyre joined the club last year and partook in the tractor relay. This time he traveled from Beatrice to Scottsbluff. He hauled his tractor to Beatrice. After driving 25 mi., he realized he couldn’t drive the entire relay.   “My tractor was too slow,” he said.

He rejoined the excursion in Hyannis and drove through Alliance, Agate Fossil Monument and finished the relay in Scottsbluff. He led the group for two days from Alliance to Scottsbluff.

In preparation for the 2017 tractor relay, Greenamyre prepped his tractor to travel fast enough. “My tractor will go 18 mph, but to go on the tractor ride, you have to have at least a tractor that will go 12 mph,” he said. “If it don’t go that fast, then it ain’t fast enough to go on the drive.”

This year’s tour began in Holyoke, Colo. and ended in Plattsmouth, Neb., which is south of Omaha. The trip is approximately 400 mi. While he plans for the trip, Greenamyre said he is never ready. “I forget to take half of the stuff that I need.”

He arrived in Colorado on June 3 and set out for Wallace, Neb. The club stopped in Grant for lunch and when they were ready to start the second leg of the trip to Wallace, Greenamyre’s tractor did not work. The ignition had gone bad so a few guys went to Ogallala to get a new distributor cap, new wires, and a new coil. The following morning, the tractor was ready so Greenamyre could continue the journey.

During the next few days, Greenamyre passed through Curtis, Holdrege, and Hastings before everyone stopped in Clay Center for lunch. As he walked up the sidewalk, he admired the tractors and tripped. “I fell right here on my eyebrow,” he said.

For the remainder of the afternoon, Greenamyre went to the Hastings emergency room and then later to a Lincoln hospital to check for brain damage. The following evening, he was able to return to the relay in Crete. He missed the portion that traveled through Sutton.

During the rest of the relay, they visited Crete, Lincoln, Springfield, and Plattsmouth. Upon their arrival in Lincoln, NAFA parked their antique tractors in front of the state capitol for photos in celebration of Nebraska’s 150th statehood and agricultural history.

Over the course of the two-week journey, the shortest ride was around 50 mi. and the longest segment exceeded 80 mi. Greenamyre said, “It was a long, hard, rough ride.”

Greenamyre has participated in TRAN for the past three years. If he goes on next year’s excursion, he said he has to find someone to tag along.