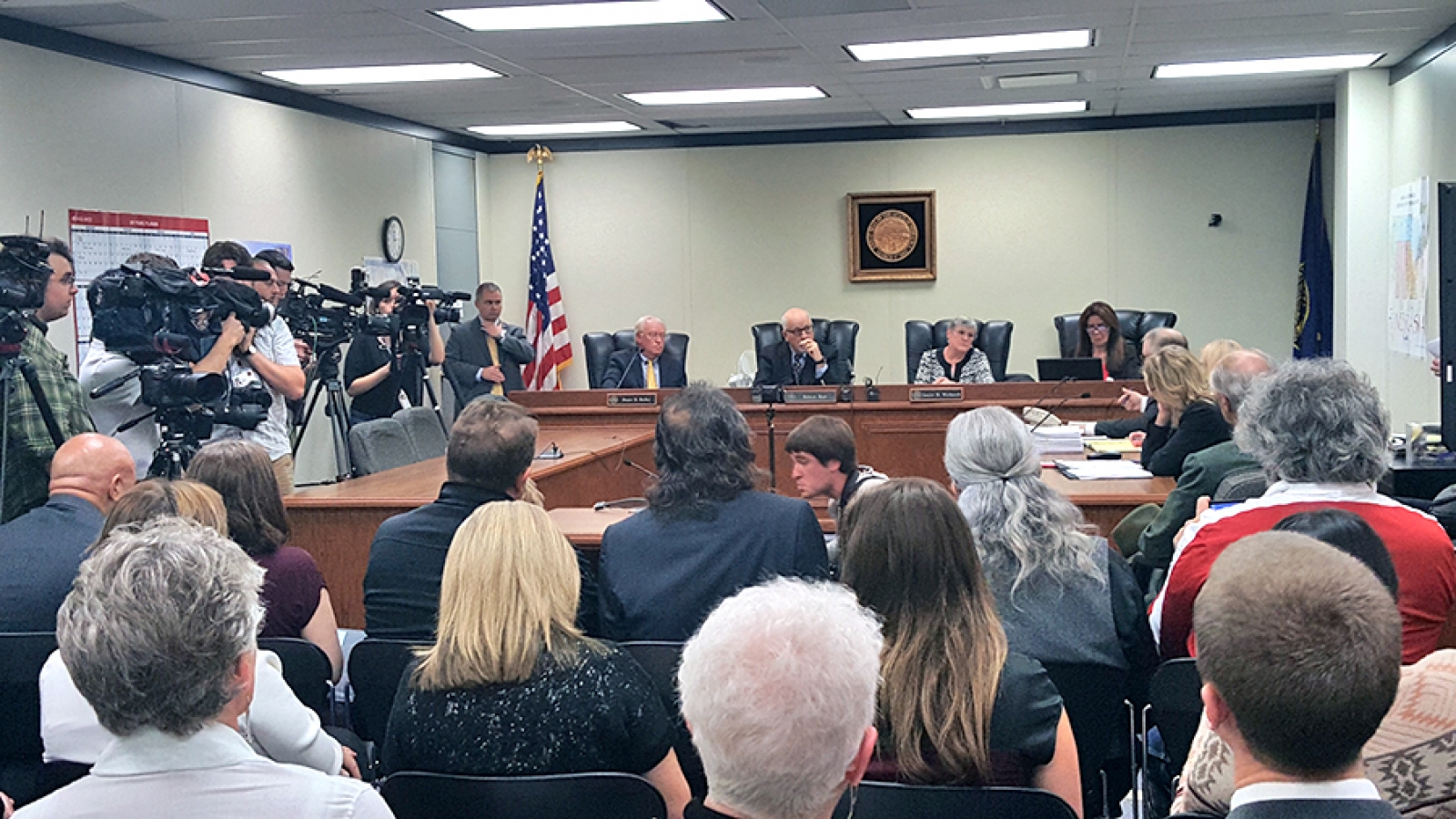 Early Friday morning, the Nebraska Supreme Court announced their decision to vacate the district court’s ruling and ruled in favor of the opponents of the Whiteclay beer stores. The four beer stores’ doors will remain closed.

The technicality for not properly notifying the citizen protesters leaves few options for the beer store owners as a renewal is unlikely. While the ruling did not mention whether the NLCC had the authority to deny the stores’ renewals due to lack of law enforcement, Bob Batt, who heads the Nebraska Liquor Control Commission, said it would be unlikely for them to reissue Whiteclay licenses, unless law enforcement changes.

After the ruling, Attorney Dave Domina, who represents the Sheridan County citizen protesters, said, “Today’s Nebraska Supreme Court decision means that the shame of Whiteclay is over. It also means huge rocks have been removed from the road to recovery for many of the Oglala Lakota Sioux Nation and the Pine Ridge Reservation.”

Senator Tom Brewer felt the ruling upheld the state’s motto of “equality before the law.” He also said since the stores closed, the increase of alcohol-related issues in Sheridan County has not occurred and the money used for emergency services and law enforcement is a fraction of what it was before. “The court decision has given us an opportunity we must build upon,” wrote Brewer. “I’m glad the era of suffering and disgrace is over in Whiteclay.”

The Supreme Court cited that their decision was based on jurisdictional grounds and since the district court lacked jurisdiction, the appeal of that ruling was void. Nebraska Supreme Court decisions can be appealed to the U.S. Supreme Court or a new case between the state and beer stores could go before a lower state court.

As the appellants get a victory, the future of Whiteclay is a dream yet to be realized. People have already started planning what the future of the unincorporated village will look like from new businesses to infrastructure.