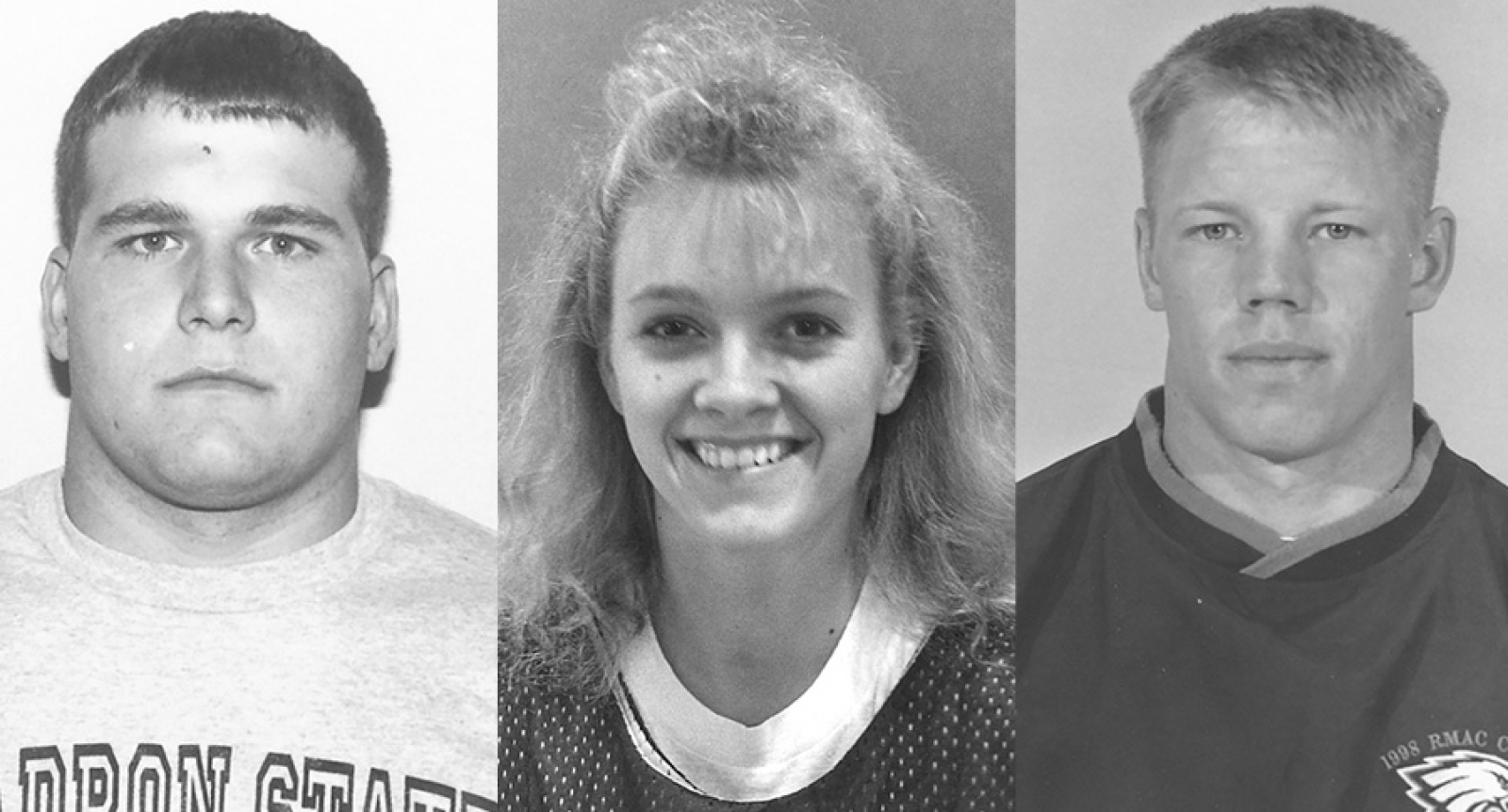 Three Sheridan County natives will be among those inducted into the Chadron State College Athletic Hall of Fame on Saturday, Nov. 4. The program will be in the college’s Student Center that evening.

A 1998 Rushville High graduate, Beguin became Chadron State’s first All-American in two sports. He earned the honor in wrestling when he placed eighth at heavyweight at the NCAA II National Tournament as senior in 2002 and in football the following fall when he made Football Gazette’s third-team.

The Eagles won or shared three RMAC championships during Beguin’s four years on the football team. He started at offensive right guard and was the team’s primary long-snapper three years. As a senior he was first-team all-Rocky Mountain Athletic Conference to go with the Football Gazette recognition.

Because of football, including playoff games in both 2000 and 2001, Beguin couldn’t begin wrestling until several open tournaments had taken place. But he would be was going full force when the conference schedule and major tournaments took place. He had a 24-16 record as a sophomore, was 23-8 as a junior, when he pinned 15 opponents, and was 19-9 as a senior while becoming a three-time national tournament qualifier.

After finishing second at heavyweight at the RMAC/West Regional Tournament his sophomore year, Beguin became the Eagles’ first two-time regional champion and capped his career by winning All-American laurels his senior year in 2002. He also was a three-time Wrestling Coaches Association all- academic honoree and a member of Blue Key National Honorary Society at CSC.

The son of Blaine and Judy Beguin, Cody was voted the Eagles’ Outstanding Wrestler and received the Don Beebe Most Inspirational Football Player Award as a senior. During the summer of 2000, he represented the USA on a wrestling trip to Eastern Europe.

After graduating with a major in psychology from CSC in 2003, he began working on his master’s degree in social work at the University of Nebraska-Omaha. He graduated with honors in 2006 while also playing indoor football for teams in Rapid City, Rochester, N.Y., and Omaha.

Beguin has been in the insurance business since 2006 and is senior vice president of Aon Risk Solutions in Omaha. He and his wife Amy have three children.

Evans was the leading tackler among 11-man players in the Panhandle during his senior year at Gordon High. He redshirted at Chadron State the following season, was a part-time starter in the fall of 1997 and a stalwart at defensive end the next three years. He helped the Eagles had a 32-12 during his career and they led the RMAC in rushing defense, total defense and scoring defense each of his final three seasons.

For his career, Evans had 98 unassisted and 58 assisted tackles, including 19 quarterback sacks for 116 negative yards and 19 more tackles behind the line for minus 53 yards.

Evans had a particularly outstanding senior year with 40 unassisted tackles, 27 that were assisted, seven quarterback sacks and 14 more tackles for negative yardage. He was a second-team all-RMAC selection as a junior and earned first-team all-conference and Nebraska NCAA Division II honors from the Omaha World Herald as a senior.

He also was second-team All-West Region his senior season, when he was selected the Eagles’ Most Valuable Defensive Player. That year, Evans and his defensive teammates yielded only 258.0 yards and 16.8 points per game. The Eagles were ranked No. 17 in the final American Football Coaches Association poll that season

Just two months after he graduated from CSC in May 2001, he was hired by FirstBank in Colorado and is now executive vice president of the FirstBank in Boulder. He is involved primarily in business development and commercial real estate financing.

Chris’s wife, the former Heather Hawthorne, was a sprinter on the CSC track team and also graduated from the college in 2001. They have two children.

Other individuals being inducted into the Hall of Fame this fall are football players Mike Brownfield, Jeff Japp and Anthony Simmons, basketball standout Otis Frazier and wrestlers Joe Callahan and Josh Schommer.

The women’s basketball team that is being inducted had a 22-8 record, tied for the RMAC’s regular-season championship, won the conference’s postseason tournament and advanced to the regional playoffs in 1994-95.

Lorna Dahlgren, a senior that season, averaged 17.4 points and led the Eagles in rebounding at 7.3 a game. She ranks second on CSC’s career scoring list with 1,527 points and is tied with Gordon native Shauna Smith Golemblewski for the most rebounds with 614.

In addition, Lorna remains the Lady Eagles’ career leader in assists (424), steals (260), free throws attempted (750) and made (492). She also was the first CSC basketball player, male or female, to have a triple-double.

Lorna and her husband, Eric Glenn, have three children and live in Rapid City. She is a certified public accountant and Eric is the assistant men’s basketball coach at South Dakota Mines.

Lorna’s parents are Jerry and Kathy Dahlgren of Hay Springs.