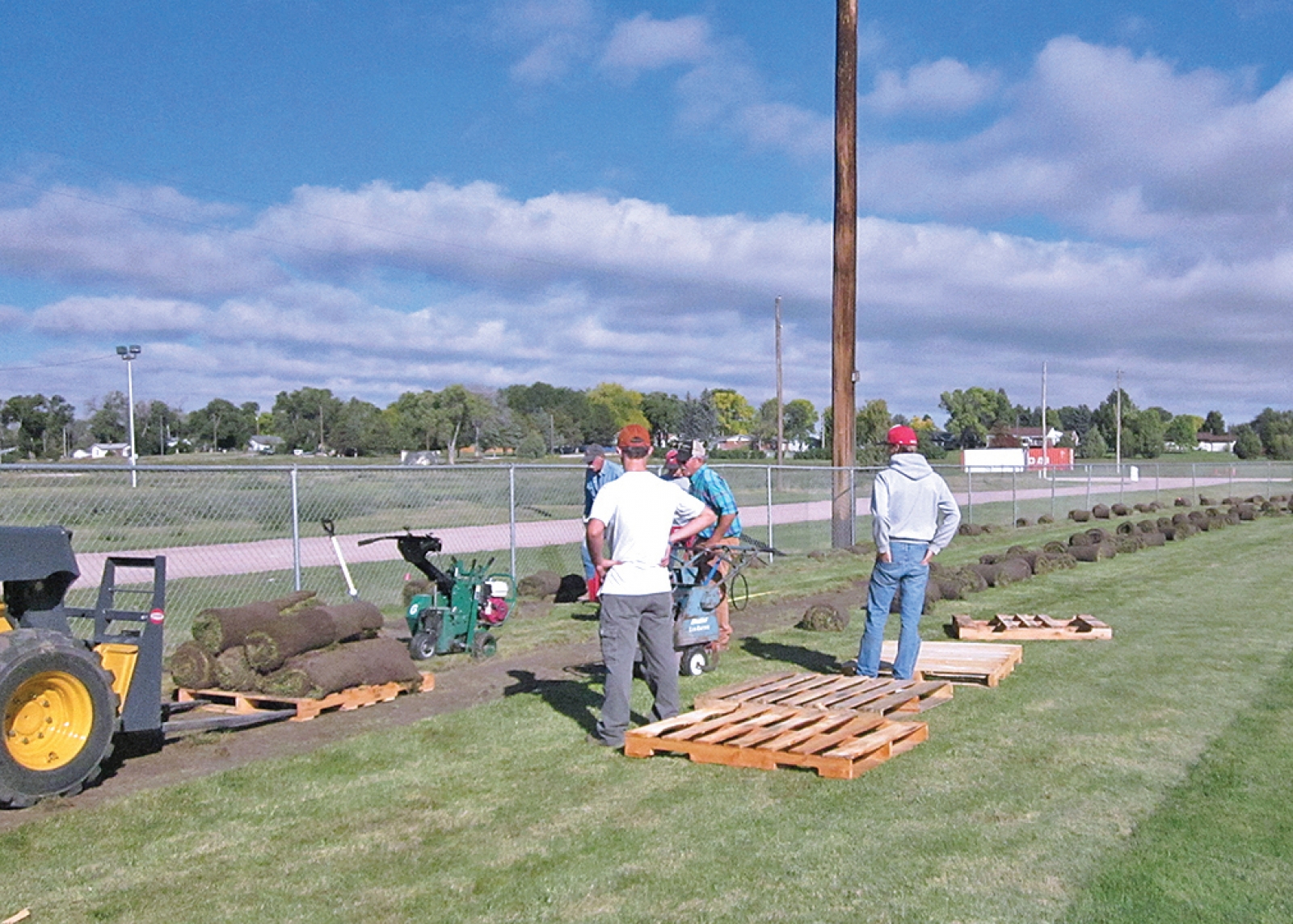 Casey Slama coordinated with grant writer Diana Hutchinson to apply for The Baseball Tomorrow Fund through the Major League Baseball grant earlier this year. The committee received the grant, but the construction company that was going to complete the project had a financial situation arise. The grant money was returned to MLB.

Rick Bohlender and Randy Hurlburt got involved as Slama and Hutchinson resubmitted the grant. They had to fill out more information to ensure the money would not be returned like before. They received the MLB matching grant for $48,000. To come up with the match, Hutchinson wrote another grant to the Panhandle Partnership Greater Good grant worth $50,000. The committee received the grant.

Coaches, players, and parents continued to raise money with car washes, raffle tickets, and concessions to help fund the $95,000 project. The most recent fundraiser involved raising money for a warning track at Kiwanis Field. On September 30, they ripped out and rolled 14 ft. of sod around the field. The community offered goodwill donations for the sod that totaled $600. The funds helped pay the rental cost of the sod cutters with money leftover.

All-American Sports Material, in Colorado, submitted a bid and the baseball committee accepted it. All-American Sports Material project coordinator Sean Lydon visited Gordon on October 7 to establish a timeline for the project. During the first four days, the old material was removed from the McCarthy and Moore fields and a new clay base was laid. “The material to be installed is a professional grade infield mix and conditioner similar to what you see at Major League Baseball fields,” wrote Slama.

Once the material was laid, the field was leveled and graded using a laser grader. “The new material will hold better against the wind, drain better, and it provides a safer playing surface that is easier to run on, grade and maintain,” said Bohlender.

Lydon returned October 16 to finish the McCarthy and Moore fields and began working on the Kiwanis Field.

The fields have a clay base around the batter’s box and pitcher’s mound along with new pitching rubbers, base anchors, and bases. “It’s just going to make the kids appreciate their fields a little bit more,” said Bohlender. “I think the town will really appreciate it too.”

Bohlender also wrote a grant to the Department of Natural Resources for the Forest Service program ReTree Nebraska. Northwest Nebraska District Forester Doak Nickerson and about six people in the community came out on Saturday, October 21 to help dig and plant ten trees at the Kiwanis Field. The tree varieties include coffee, cottonwood, elm, and black walnut.

With the project mostly completed, Bohlender is watering sod and preparing for the season. “We should have a beautiful field by summer,” he said.

Future projects will look at getting bleachers and sound systems for the three fields, a backstop and dugouts at the Moore Field and upgrading lights.

From the help of the community, youth and American Legion baseball players have three fields with new materials to make playing the game better and safer.