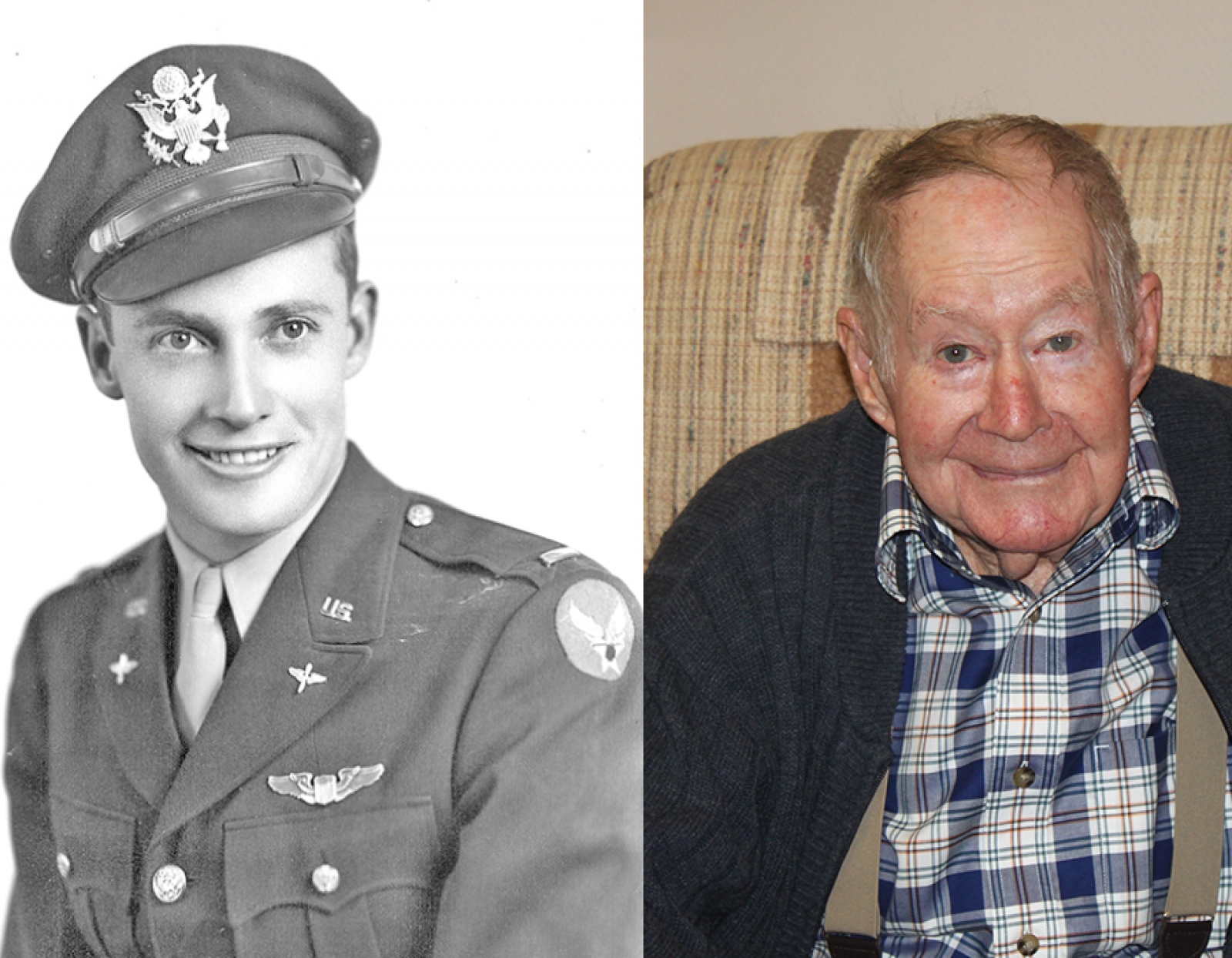 Since the end of World War II (WWII), 72 years have passed, and with the years, so have several of the war’s 16 million veterans, with 372 WWII veterans dying each day, making local soldiers Roy Anderson and Bob Reutter truly a part of our living history.

Anderson, 91, and Reutter, 90, are members of a modest group of veterans who did their duty without seeking fame and glory. Both men would say that their service was unremarkable, but both have a story to share.

“My military service wasn’t too much to talk about, but the willingness was there,” said Reutter. “I was at the right age that the war was over when I got in so I didn’t see any overseas duty or combat.”

After graduating from High School at the age of 17, Anderson was drafted into the Navy. He was then sent to do his basic training at Farragut Naval Training Station in Idaho, which was the second largest naval training station in the world. The facility also served as a prisoner of war camp, where nearly 900 Germans worked maintaining the facility.

The LST or landing ship, tank were ships built during WWII to support an amphibious landing carrying tanks, vehicles, cargo and landing troops directly onto the shore where there were no docks or piers. Anderson’s ship, the ARVA6, was converted to repair downed aircraft.

“They sent us to Okinawa to go into the beaches where they had battles and bring the planes back on the ship to be repaired. Half of us were personnel of the ship and 50 were aircraft repair personnel. We didn’t see Okinawa. We were a ways out from Hawaii when the Germans surrendered and then we were sent back to Pearl Harbor,” said Anderson.

The Battle of Okinawa was one of the bloodiest and the last major battles of WWII. The 82-day battle started on April 1, 1945, and was the largest amphibious assault in the Pacific Theater. The war on the European front was nearing its end and Allied and Soviet troops had liberated much of Nazi-occupied Europe and the Battle of Okinawa occurred just weeks before Germany’s unconditional surrender.

At the end of the war, after serving 21 months in the Navy, Anderson was sent home to North Platte, Neb. He made a career as a police officer, working for the Highway Patrol for 28 years.

“I didn’t do anything out of the extraordinary,” said Anderson.

Reutter was also eager to do his patriotic duty.

“In 1944, I was 17 years old and in High School, but I wanted to get into the service, so I forged a birth certificate and went down to apply in the Marines. They rejected me because I had a bad ear drum and didn’t pass my hearing test. So, I went back and finished High School. That next year, I got notice from Uncle Sam to report for induction. I knew I was going to be turned down, but I out-foxed them by cheating on my hearing test,” said Reutter.

By the time Reutter entered the service the atomic bombs had been dropped on Hiroshima and Nagasaki in August of 1945, during the final stage of WWII. The two bombings killed more than 129,000 people, and to this day, remains the only use of nuclear weapons in the history of warfare. Japan announced its surrender to the Allies on August 15, 1945, six days after the bombing of Nagasaki. On September 2, 1945, the Japanese government signed the instrument of surrender, ending WWII.

He worked in the allotment segment in the Navy Annex of the Pentagon.

While in the Marines, he married “a young Marine girl” Hazel Norgard from Crawford, Neb. on April 25, 1947, at Arlington, V.A. He was discharged from the Marines in June of 1948. The couple returned to Nebraska, living in Crawford for 12 years before moving to Gordon where Reutter worked for the McGowan Grain Company for 30 years.

“My generation was very patriotic,” said Reutter. “We all came together for a common cause.”