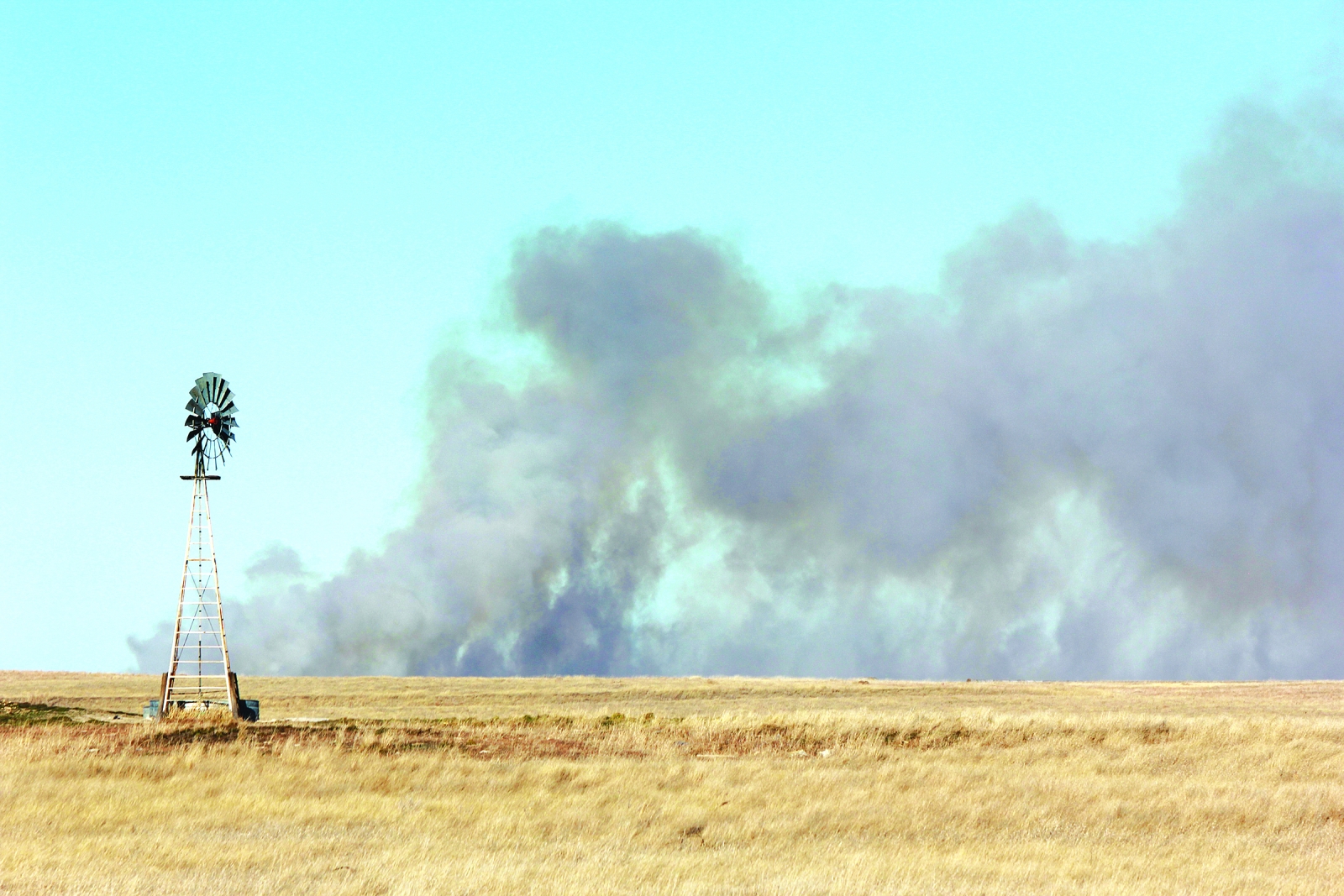 The Gordon Fire Department received a call at 1:07 p.m. on Thursday, November 30 about a fire north of town.

The fire was about 6 mi. northeast of Gordon and about 2 mi. east of Highway 20 on Ty and Kelly Fish’s property. It started after a corn picker head caught on fire during the earlage corn harvest. The corn picker head is an attachment that mounts to the front of a corn chopper. There were no injuries from the incident, but the corn picker head was ruled a total loss.

It did not take long for the firemen to put out the picker head, but the cornfield was more difficult. Despite the wind blowing the flames away from the cornfield, about 10 acres of the cornfield and 40 acres of grassland burned. “We got pretty lucky,” said Fire Chief Richard Haller of the Gordon Volunteer Fire Department. “We don’t usually put corn fields out.”

The crew worked to contain the fire before it reached a shelter belt that was a quarter mile away. Had the fire reached the belt, it would have spread into the Sandhills and grazing land, making it more difficult to put out.

More in this category: « GRHS One Act Makes History – Sweeps Districts Sheridan County gets first snow of winter: Were you prepared? »