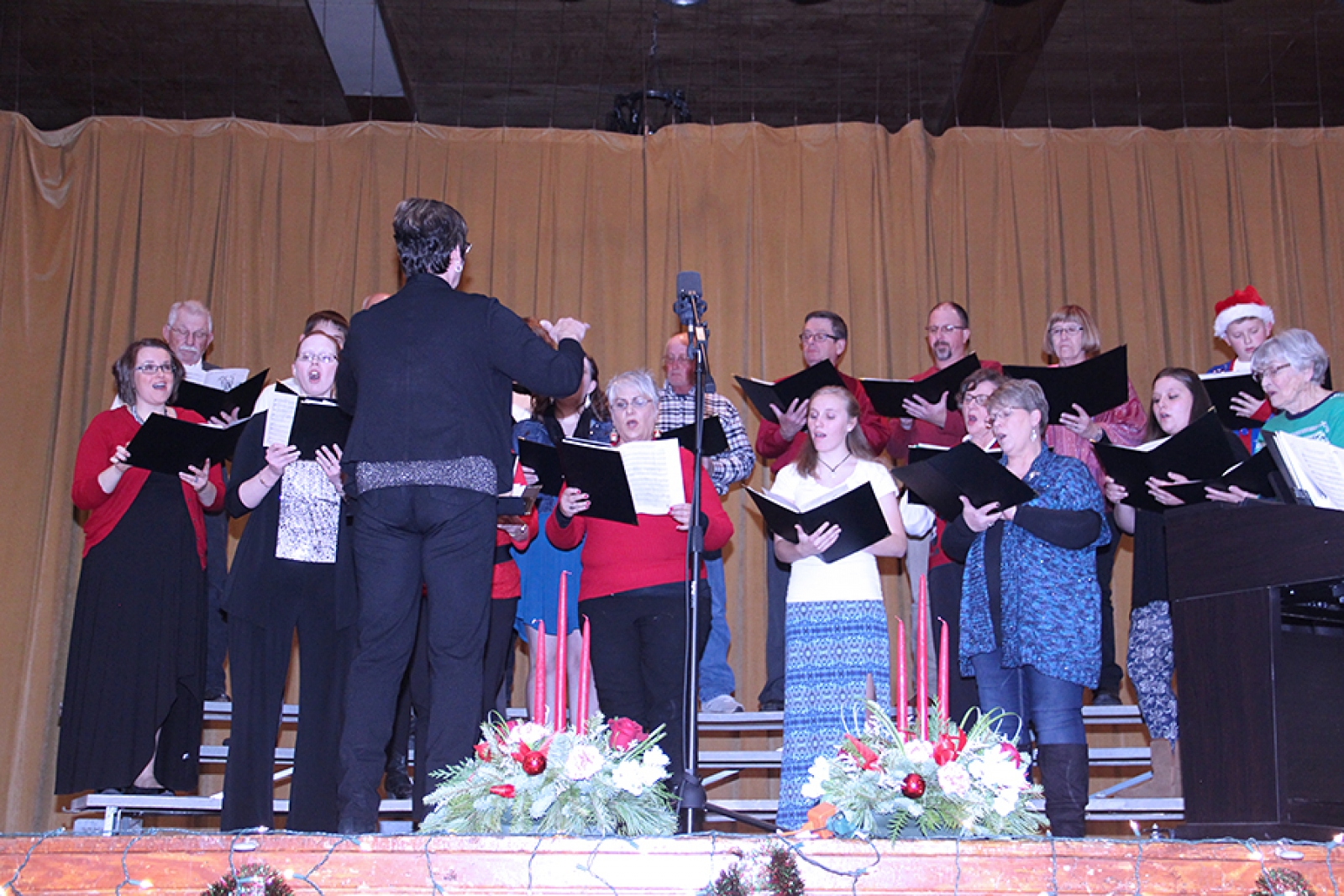 The community congregated at the Hay Springs auditorium to celebrate the holiday season at The Night, The Lights and Music on Friday, December 8 at 7:30 p.m.

Following the high school performance, Varvel directed the 7th and 8th grade band as they performed A Christmas Proclamation, Deck the Halls, Jingle Bells, Joy to the World, and Good King Wenceslas.

With the holiday music echoing through the auditorium, students and the public sported their ugly sweaters as the audience voted for their top three favorites. Emma Roberts and Jaiden Anderson finished in third place with their extra large, conjoined sweater. Toby Scherbarth was awarded second place and Dorothy Wittig took first place with her festive sweater. After winning, Wittig informed the audience the reason why she wore the sweater was because she thought everyone in the choir was wearing one.

The community choir, comprised of members of the surrounding communities, also performed during the holiday program. They sang Go Tell It On the Mountain, Sing Ye All, Now, Rejoice, Rockin’ Down the Chimney Tonight, Give Me Music, and I’ll Be Home for Christmas.

The program concluded with Schoenhals and Badje performing the second half of Breath of Heaven.