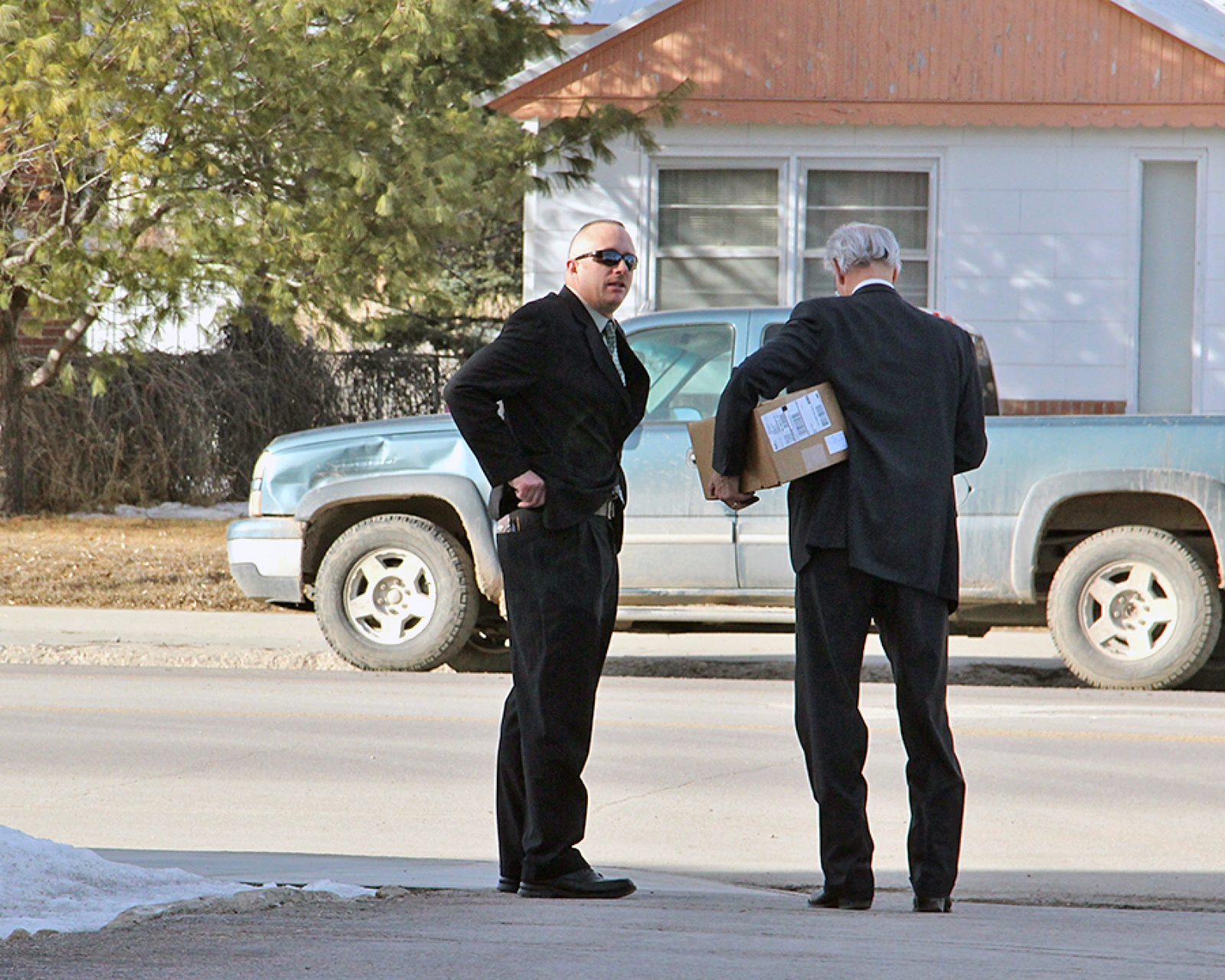 Special prosecutor Joe Stecher filed a misdemeanor motor-vehicle homicide charge against the former trooper last month. The charge stems from the death of Antoine LaDeaux during a high-speed chase on Highway 27 north of Gordon on Oct. 3, 2016. Flick faces another charge of making a false statement under oath during the Dec. 8, 2016, grand jury proceedings over the high-speed chase. Both charges have a possible penalty of up to one year in jail and a $1,000 fine.

He also faces a charge of careless driving, which is an infraction. Flick’s attorney David Domina of Omaha, Neb., argued that the count of careless driving met the statute of limitations. Domina said his contention is the statute of limitations on the count is 12 months, meaning that the state prosecutor has that much time to bring the case against the defendant before he is off the hook. If the court agrees with Domina, then the charge could go away.

Thursday’s hearing was set for 2:30 p.m. in the county courtroom. As the public and several law enforcement officers waited to enter the courtroom, they pinned a blue and black ribbon to their shirts. Ex-trooper Flick arrived to a warm welcome from officers as he made his way down the stairs and into the courtroom. As those in attendance entered the courtroom, there was standing room only. “I saw lots of hugs and tears,” said Domina. “I think he was just so gratified and overwhelmed by the support that was there for him.”

Sheridan County Judge James Worden presided over the case and read the defendant his rights before hearing from the attorneys.

Domina informed the court of a stipulation between the state and defense that discovery is reciprocal. He requested that the court issue an order to comply with the stipulation. Judge Worden set a 14-day window, prior to the pretrial hearing, to exchange evidence. The pretrial conference will occur via telephone on May 8.

Nebraska has statutes that govern pursuit and when a person in law enforcement can engage in pursuit. As the case goes to trial, one question will be whether or not Flick undertook the process of pursuit. The case is set for trial the week of June 4.