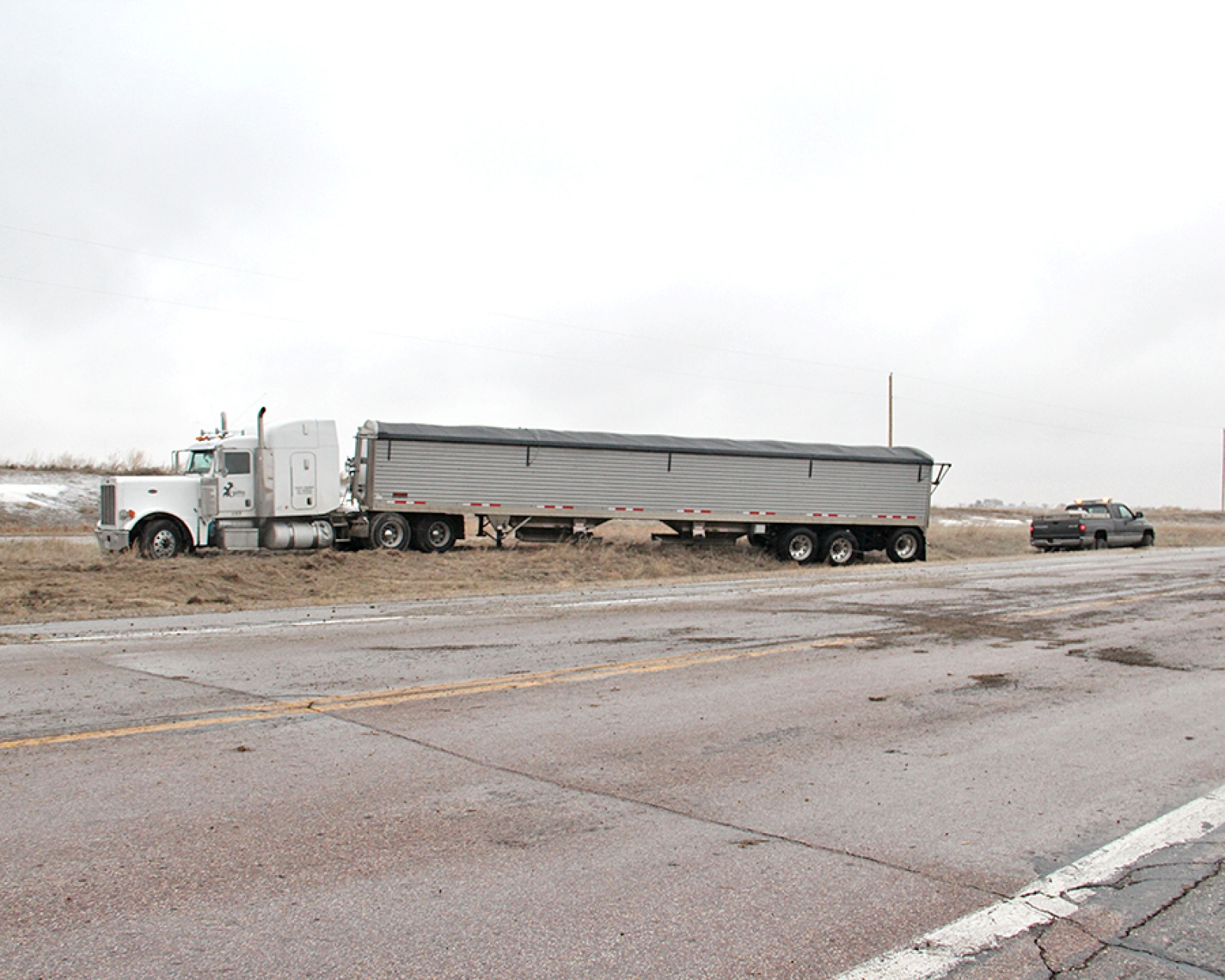 More winter weather visited the Panhandle this weekend and Monday morning causing icy conditions for people on their commute to work. For Florencio Casillas, the seemly good road conditions left him sitting in the north ditch between Rushville and Hay Springs.

Casillas, of Casillas Trucking out of Scottsbluff, was heading eastbound on Historic Highway 20 between Hay Springs and Rushville shortly before 7 a.m. when he hit black ice. He was traveling around 60 mph.

As the semi entered the north ditch, the empty trailer swung around to the east before the semi came to a stop facing the opposite direction. The semi’s gas tank, muffler, and mud flap hanger sustained damage from hitting a bank in the ditch. Gas leaked from the cap, the muffler became disconnected from the exhaust pipes, and the hanger bent upward. “It should have been laid down,” said Casillas. “I got lucky.”

With the forecast calling for more rain and snow throughout the week, allot more time to travel and take it easy on wet roads. While the roads may appear safe, below freezing temperatures and winds can send vehicles spinning.