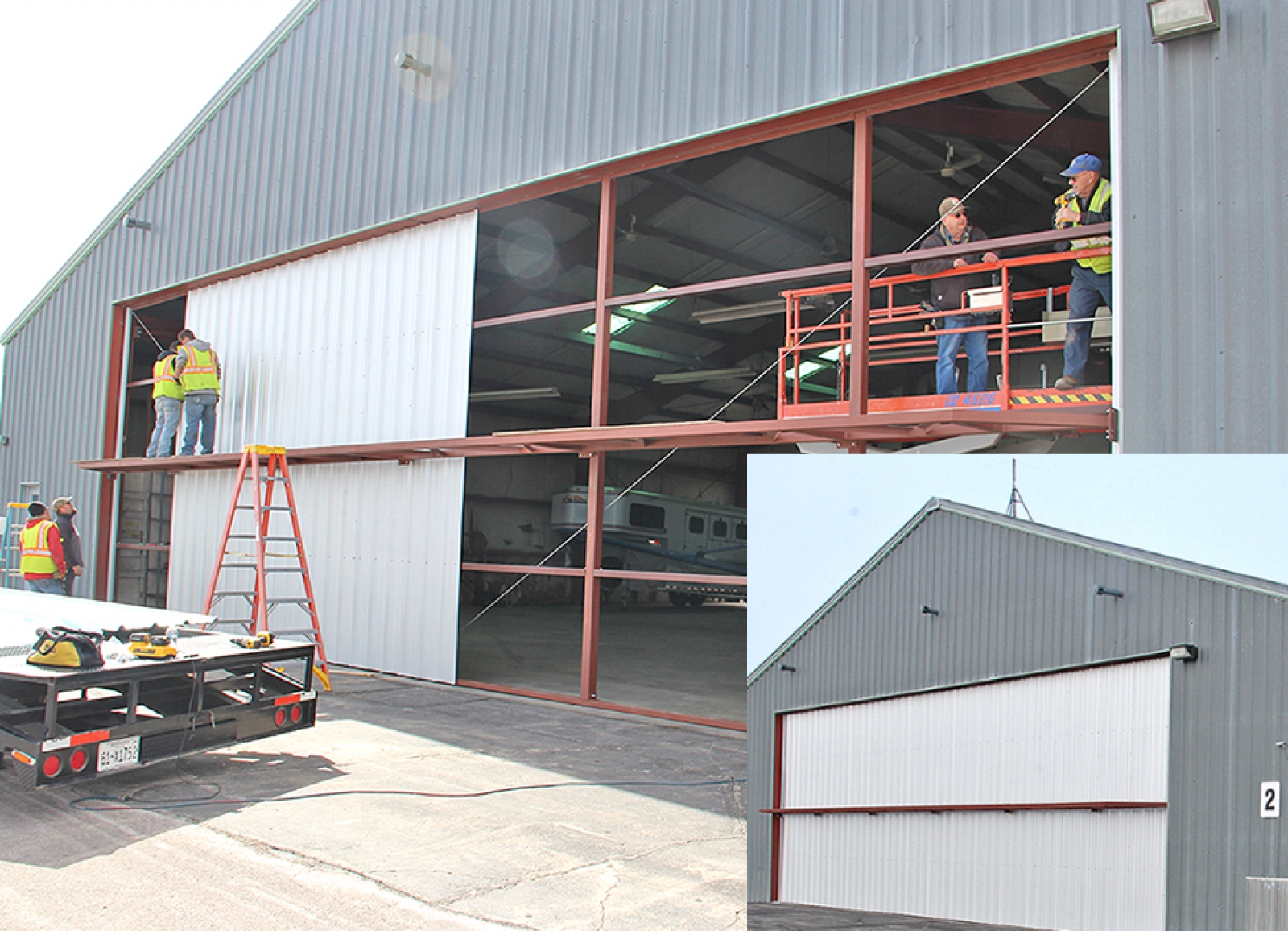 After 48 years of use, the airport hangar door facing east on building 2 at the Gordon Municipal Airport was replaced. The Gordon Airport Authority purchased a new hangar door, which was installed last week.

The 48-year-old door came with the building when it was constructed in September 1970. When the door was originally installed, it had three overhead garage style doors. That set up caused problems for pilots who would hangar their planes overnight as they passed through. For nearly half a century, the doors have been repaired and serviced as needed.

A discussion began in the fall of 2017 about purchasing a new door. The Gordon Airport Authority collected bids for the project before selecting Higher Power Hydraulic Doors out of Benton Harbor, Mich., for the installation. The bid indicated that the hangar would have one 50 ft. wide by 15 ft. high door, rather than three separate doors.

The cost of the door was $17,591. Included in the cost is assistance from a Higher Power Hydraulic Doors representative during the installation, which extends the door’s warranty. There will also be additional costs for framing, finish work and labor. To cover those expenses, the airport authority obtained a 5-year, no-interest loan through the Nebraska Department of Transportation – Aeronautics Division at a cost not to exceed $22,000.

Last Tuesday, city employees began disassembling the old door and framing. They were able to use some of the old ceiling brackets as side brackets for the new door, but most of the materials were discarded. The subsequent two days, employees worked to install the new hangar door, with final installation wrapping up on Thursday.