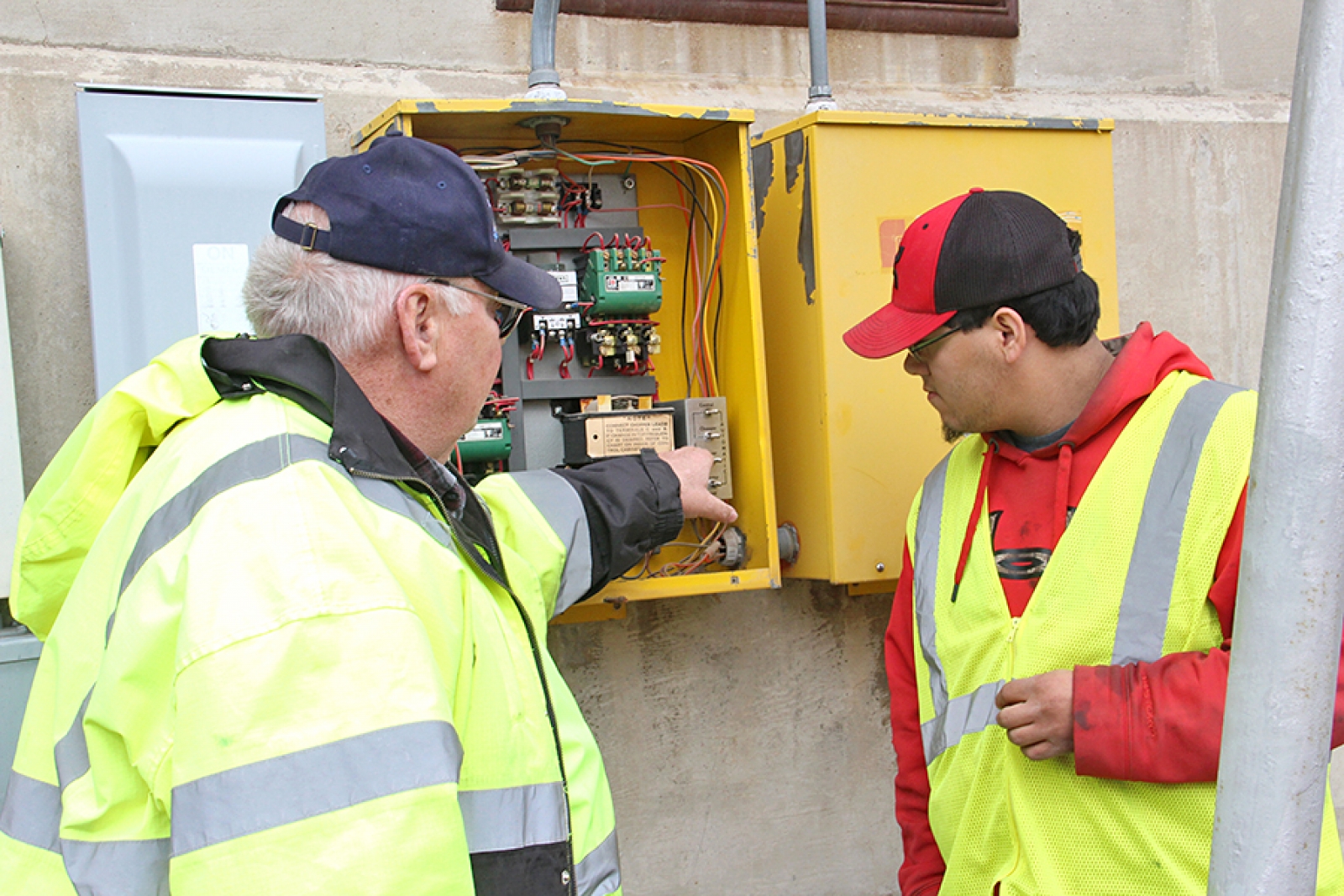 As part of Severe Weather Awareness Week, the communities of Hay Springs, Rushville, and Gordon tested their civil defense sirens used to alert the public of a tornado. On Wednesday, March 28, the Sheridan County Sheriff’s office radioed that the National Weather Service issued a mock tornado warning at 10 a.m. for the three communities.

Gordon has three alert towers that city personnel manned during the warning to ensure proper functioning. Tower 1 is behind the city building, tower 2 is by the #2 well and tower 3 is by the old water tank on top of the hill. Ahead of the drill, Mike Winter said city workers tested each component of the system at the sites on Tuesday, March 27.

Winter recalled when he drove to Merriman and hauled the tower for the siren to Gordon in 1975. Since then, the tower has only required maintenance but has not needed to be replaced.

Designated personnel at the Sheriff’s Office in Rushville and Gordon’s Police Chief Clay Heath and City Manager Chad Edwards can set off the warning system in the event of severe weather.

When the siren winds up, it will begin to spin, permeating a loud noise that can reach as far as 3/4 mi. to 1 mi. away. During the warning, the sirens sounded for three minutes. “We are ready,” said Gordon City Manager Chad Edwards. “We are prepared.”

Rushville’s and Gordon’s sirens operated properly during the test. According to Sheridan County Sheriff Terry Robbins, “Hay Springs’ tornado siren did not go off, so it will have to be checked out.”