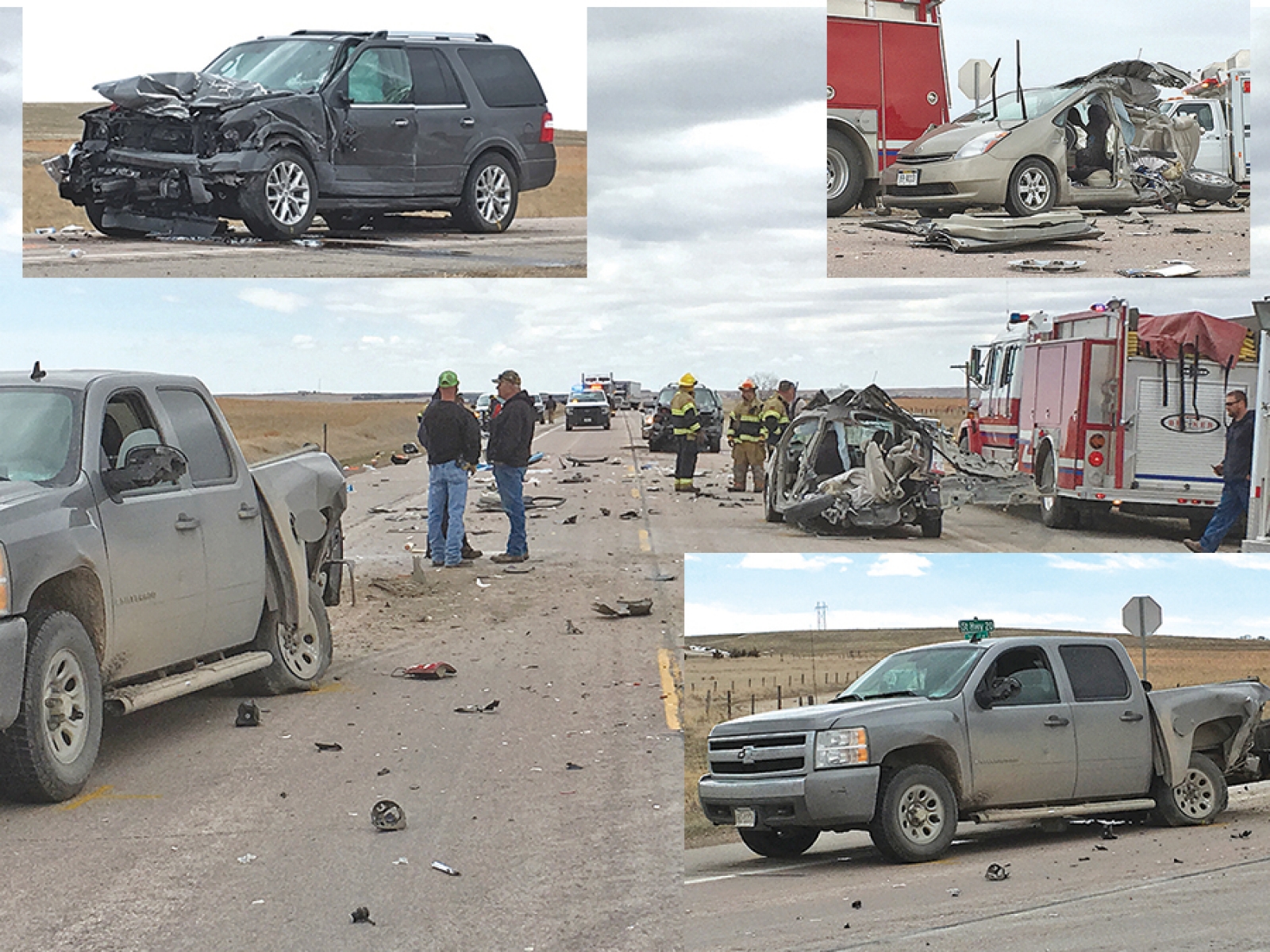 A three-vehicle accident occurred along Highway 20 between Gordon and Clinton on Thursday, April 5 that totaled at least two of the three vehicles.

The accident occurred around 11:30 a.m. near 240th Lane. According to the Nebraska State Patrol, two vehicles were headed eastbound when the front vehicle slowed down to turn onto a side road. The second vehicle collided with the vehicle exiting the highway before entering into the westbound lane and struck an oncoming vehicle. The cause of the accident was not specified.

Seven people were involved in the multi-vehicle accident, including two children. Those involved sustained only mild injuries except for one adult who sustained a broken collar bone.

As emergency personnel arrived at the scene, the highway was shut down for about one hour as Trooper Noah Huber took measurements of the debris. Officers from the Sheridan County Sheriff’s Office and Gordon Police Department assisted at the scene.

There are currently no pending charges. The state patrol has not released any names nor further information at this time.