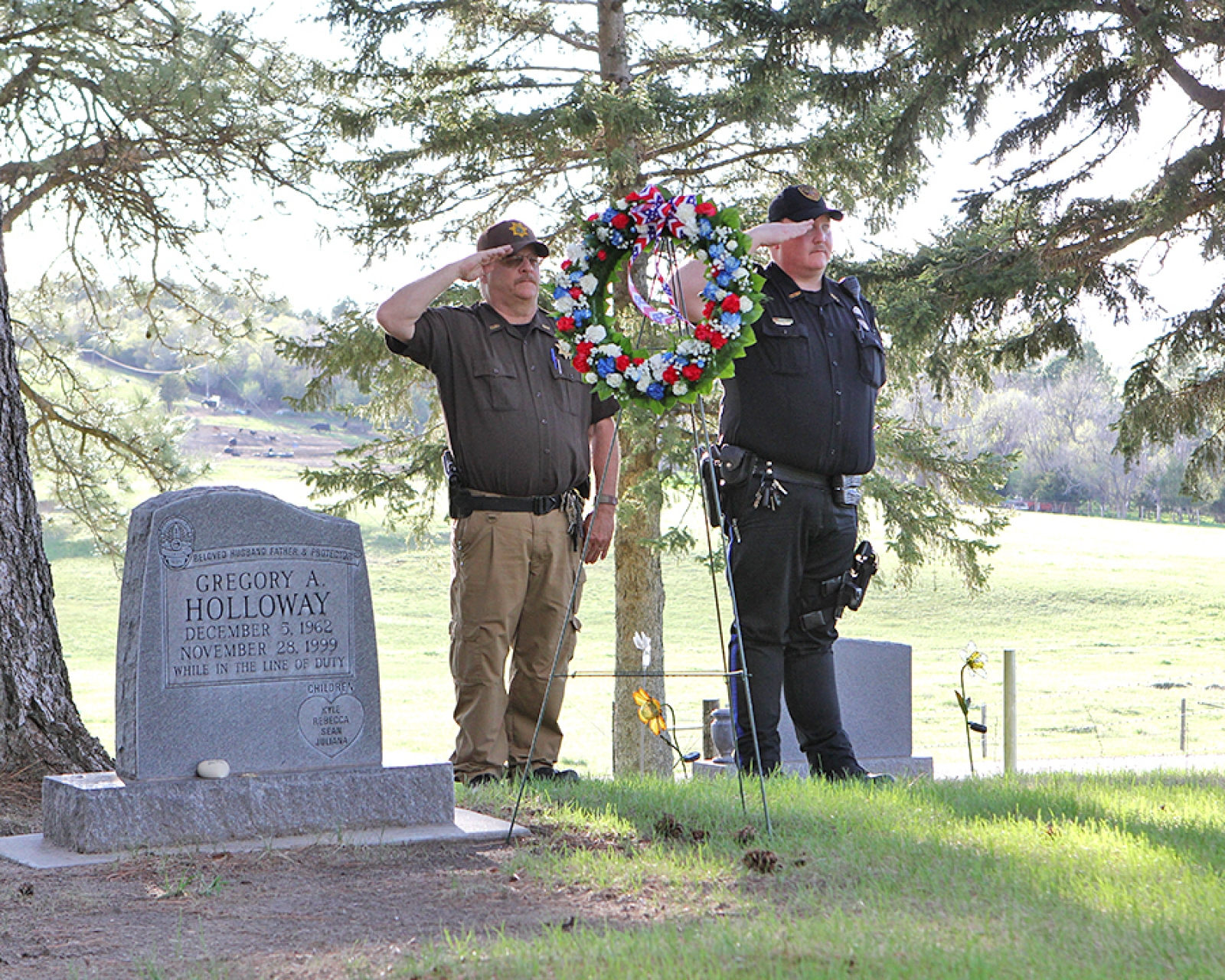 National Peace Officer’s Memorial Day held special significance for the Gordon Police Department. The May 15 holiday pays tribute to local, state, and federal peace officers who have died, or who have been disabled, in the line of duty. “Sadly, Gordon, Nebraska, has been and continues to be deeply touched by this day,” the department wrote on their Facebook page.

A procession of emergency vehicles traveled from the Gordon Police Department to the Gordon Cemetery, where a ceremony was held at the grave of Officer Gregory Allan Holloway #605.

On Sunday, November 28, 1999, Officer Holloway of the Gordon Police Department was killed when his patrol car struck a vehicle being driven by a drunk driver on US Highway 20. Officer Holloway was responding to a separate accident call at the time of the collision. The suspect was charged with vehicular homicide, driving under the influence, willful reckless driving, and driving left of the center.

Officer Holloway had been a full-time officer with the agency for one year. He is survived by his wife, two sons, and two daughters.