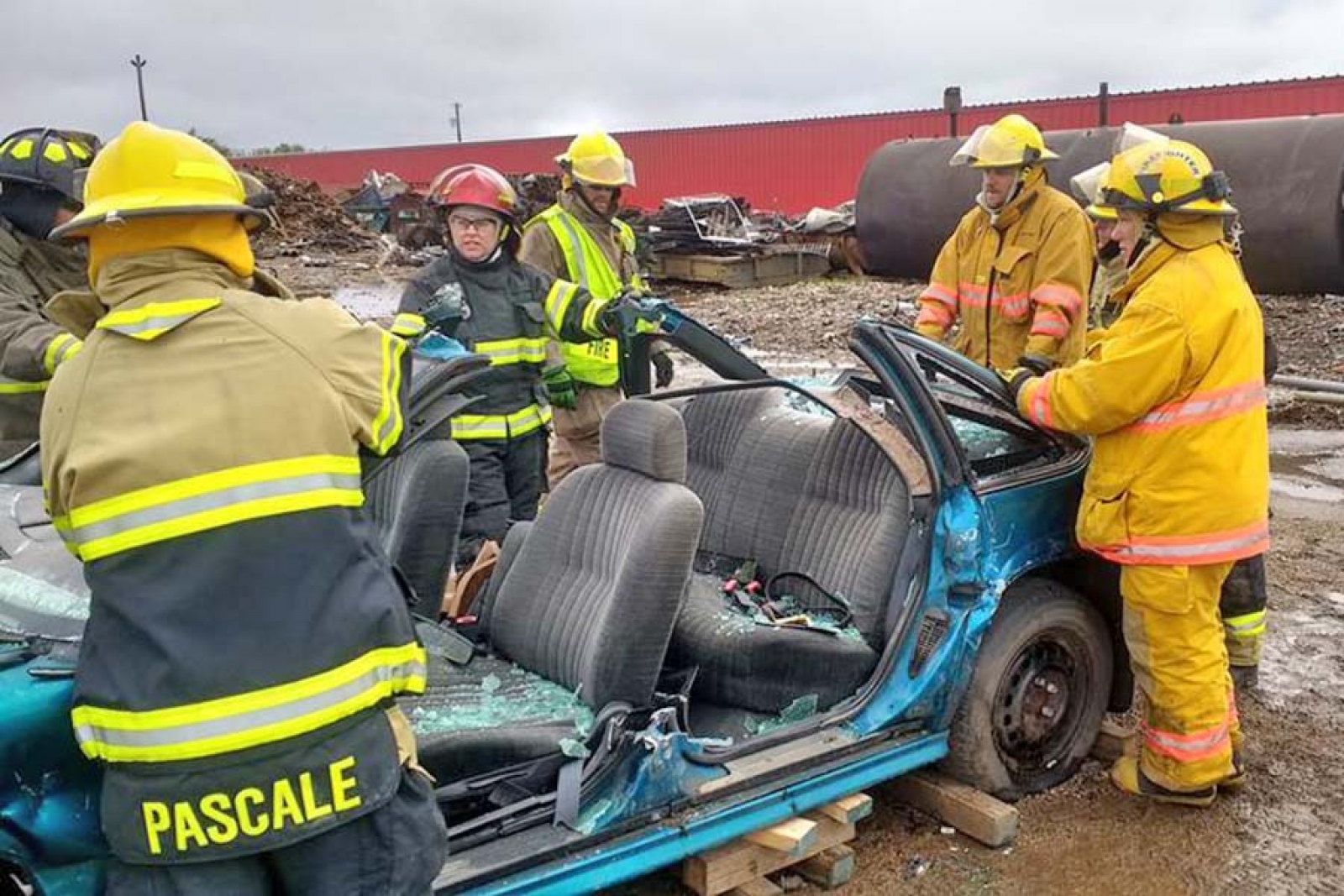 While there, they learned about new equipment and tactics through hands-on education to keep themselves and the public safe.

The classes provide hands-on training with a variety of fire scenarios. Rittgarn, Hill, and Cotant took a fire investigation course where they had to determine the cause and location of the blaze after a room was set on fire.

Allison completed a wildland interface class where he learned how to control fires in forests as well as buildings and communities.

Burleigh and Skinner did a flashover simulator. The flashover phase of a fire is a transitional phase between the growth phase and fully developed phase. Thus, this stage is when the fuel heats up to its ignition point, which occurs at a temperature between 900 to 1,200 degrees F. While laying down in the simulator, they  learned how hot a fire is at that phase.

Pascale took a crime scene investigation course to look at the investigative side of fires and also received more training in vehicle extrication.

Emil American Horse completed a ropes class, which taught firefighters how to properly harness people to remove them from cliffs, particularly when at high elevations.

Elmquist took basic vehicle extrication where he used the jaws of life to dismantle a vehicle. Next year, Elmquist will be able to complete the heavy equipment and farm equipment extrication.

The City of Gordon and the Rural Fire District split the cost of the courses to compensate the firefighters. Some courses can cost around $100.