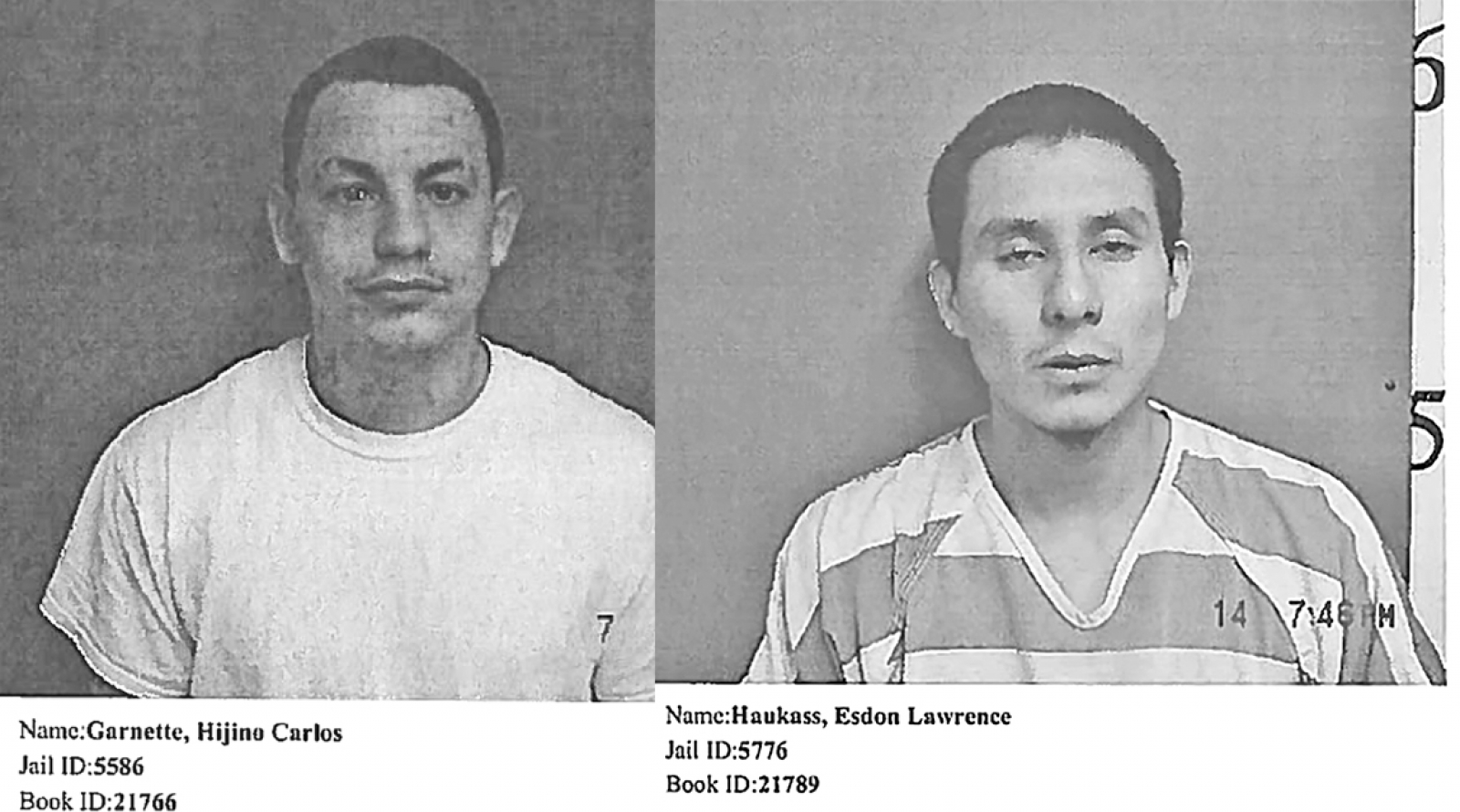 Just over two months after 26-year-old Hijinio Garnette escaped from the Sheridan County jail, officers with the United States Marshalls and Bureau of Indian Affairs arrested him at his residence in Kyle, S.D.

On March 26, Garnette and fellow inmate Esdon Haukass escaped from the Sheridan County jail together and were believed to be hiding on the Pine Ridge Indian Reservation.

Following their escapes, Sheridan County Sheriff Terry Robbins and County Attorney Jamian Simmons requested the assistance of the U.S. Attorney’s office to seek an unlawful flight to avoid prosecution warrant. When the sheriff’s office obtained enough credible evidence indicating both inmates fled the state after breaking out of the Rushville jail, the information was presented to a federal judge, who issued warrants for both inmates under the guidelines of the federal Fugitive Felon Act.

In a statement on Garnette’s capture, Simmons wrote, “a UFAP...warrant is a warrant for the arrest of an individual who was charged with a felony in one jurisdiction, but fled that jurisdiction to avoid prosecution.”

The U.S. Attorney’s office in Lincoln and the U.S. Marshall’s office assisted Sheridan County in filing applications to the federal courts. Such efforts led to the arrest of Garnette on May 31. He was extradited from Rapid City, S.D., on Wednesday, June 6.

Garnette is expected to appear before a court on new charges of escape, a Class III felony and theft by unlawful taking, a class IV felony on Thursday, June 14.  If Garnette receives the maximum possible penalty on the charges, he would be sentenced to 9 years in jail and 4 years of post-release supervision.

Haukass remains at large and there are warrants out for his arrest. He was being held by the Sheridan County jail for Grant County, Neb., where he was arrested on March 14, 2018, for possession of methamphetamine with intent to deliver. Haukass is a Native America male, about 5 ft. 10 in. and weighs 150 lbs. He has short black hair and brown eyes. The last word on Haukass’ location was in the Mission, S.D., area on the Rosebud Reservation. Anyone with information on his location is encouraged to contact local law enforcement.