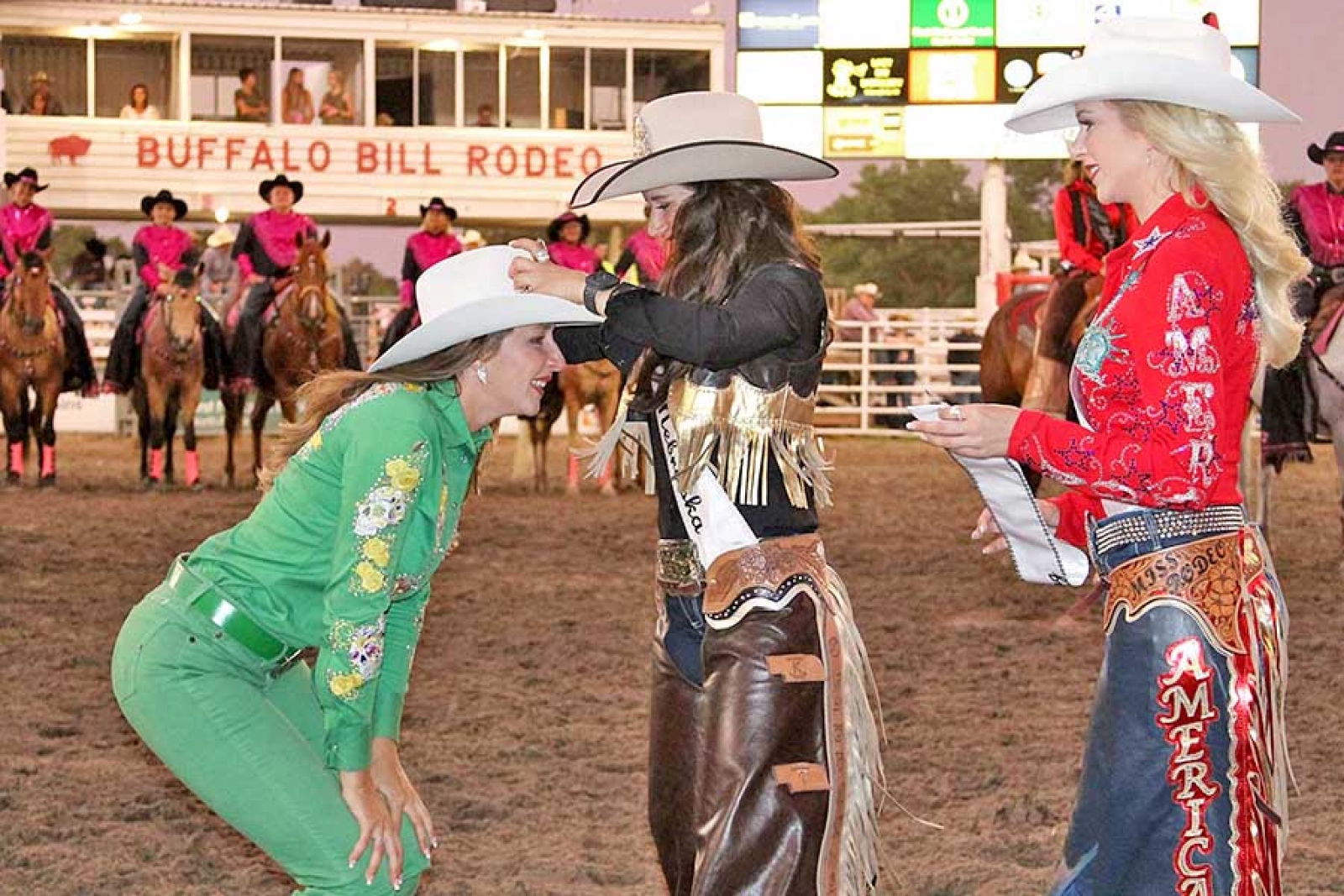 The Merriman woman was crowned last Wednesday night during the first performance of the Buffalo Bill Rodeo in North Platte. “As Miss Rodeo Nebraska, I want to show people what rodeo was founded on,” said Oliver. “I had the major blessing of being able to grow up on a ranch my whole life, so I live the history of rodeo.”

Caitlin Davis, 22, of Waverly, received the Rising Star Award during the pageant.

Madison Clark, 21, of Wellfleet, was named first runner-up after winning the categories of speech, written test, appearance and congeniality. She will fulfill the duties of queen, if at any point, Oliver is unable to do so.

Oliver’s prizes include thousands of dollars in scholarships (including a two-year, renewable full tuition scholarship to Mid-Plains Community College), a tiara, saddle, buckle, chaps, tack and jewelry, among many other items.

She will remain a lady-in-waiting until January. Oliver’s job until then will be to prepare for her reign and fill in at rodeos, parades and other events Miss Rodeo Nebraska 2018 Kristin Kohmetscher is unable to attend. “My reign is going to be filled with many adventures and I am so excited to represent Nebraska and my favorite sport,” she said.

Oliver is the daughter of Chuck and Stacie Oliver of Merriman. “When I found out I had won Miss Rodeo Nebraska, it was a rollercoaster of emotion,” Oliver said. “It’s hard to put my emotions of that night into words, but my dad summed it up pretty good. He said, ‘it was the second proudest moment of my life, the first moment was when you were born.’”

She is currently studying veterinary technology at the Nebraska College of Technical Agriculture in Curtis.

Eva is excited to be Miss Rodeo Nebraska so she can represent the “greatest sport on dirt” and the principles it was founded on.

“Growing up on a ranch gave me a firsthand look at how rodeo began, how it has evolved over the years and why it is so important to preserve,” Eva said. “I want to not only educate students about the passion of rodeo, but also to encourage them to be the best version of themselves – to stand up for what they believe in and to stand out from the crowd.”

While in college, Eva has participated in intramural sports, the ranch horse team, Women in Agriculture, Collegiate Cattlemen and Phi Theta Kappa.