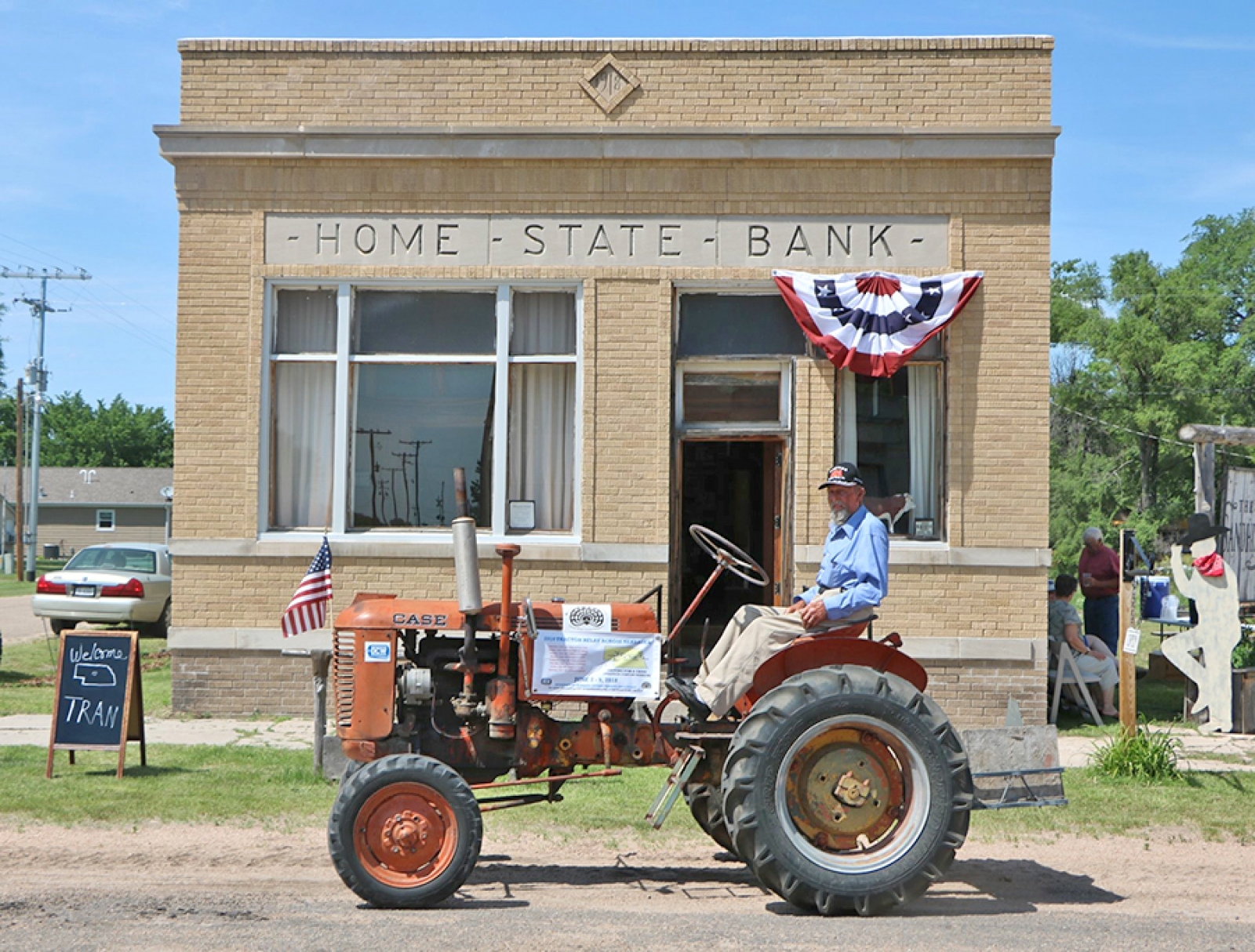 Gordon Greenamyre saw the beautiful, green plains of Nebraska on an eight day journey across the state. Greenamyre participated in the 7th annual Tractor Relay Across Nebraska during the first week in June.

During last year’s relay, Greenamyre said he wanted to find someone to tag along. This year, he asked his son Steve and daughter-in-law Teresa to come. His daughter-in-law drove a van during the relay so when they stopped for the evening, they had a way to get around the towns. They traveled around 1,000 mi. round trip to get Gordon on the drive and back home.

The TRAN relay began on June 2 in Blair, Neb., which is northeast of Omaha.  Thirty tractors departed from the Dana College campus and headed toward West Point. There were 100 tractors registered to participate in at least a day of the relay. The route continued west across the middle of the state. His son followed him down to Blair and then onto West Point, which was the first overnight stop on the trip. “From then on, I just kept going down the road,” said Gordon Greenamyre.

Stretches of this year’s route took the drivers down 407 mi. of highways 91 and 61. They stopped in Albion, Ericson, Taylor, Halsey, Mullen, Arthur, and Ogallala. “As we came across Nebraska, it was nice and green,” he said.

As the tractors roll through the hills of Nebraska, Greenamyre is grateful to be able to participate. Beyond the scenery, he enjoys visiting with other drivers, who have become his friends.

Greenamyre was the oldest tractor driver who participated this year. “I just felt like a different man that whole 8 days,” said Greenamyre as he flexed his arms. “It was fun for me and I’m looking forward to next year.”

The TRAN raised $10,150 for Operation Comfort Warrior, which offers items to active and retired military personnel who are wounded, injured, or ill that the government does not normally supply.