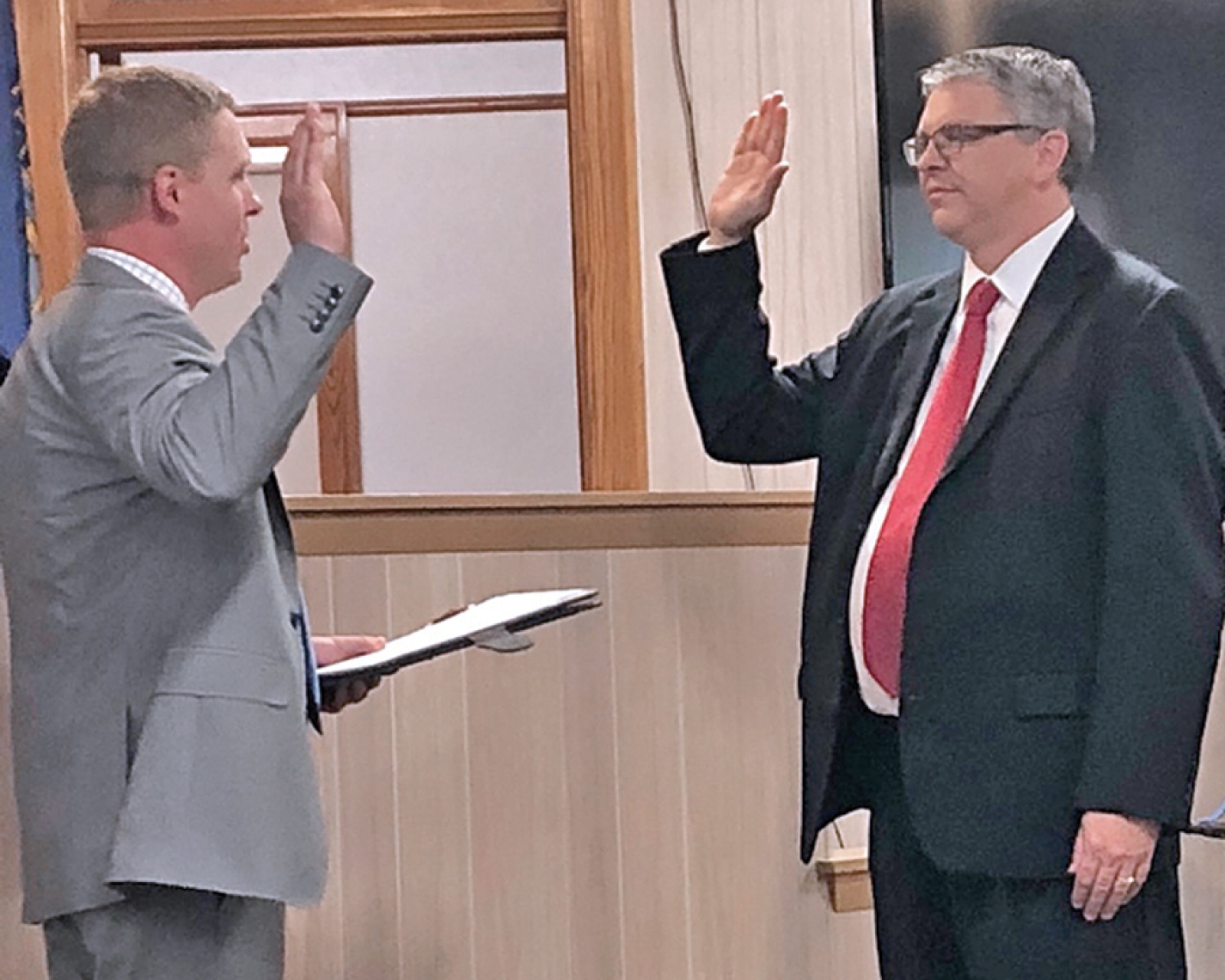 Justice John Freudenberg of Lincoln completed his oath of office on Friday, July 6 at 3 p.m. in the Sheridan County District Courtroom in Rushville.

Freudenberg said he chose to be sworn into office at the Sheridan County Courthouse since his time here taught him how to be an effective and successful legal professional. “I wanted to show respect for all those people in and around Sheridan County who helped me grow along the way,” wrote Freudenberg.

Holt County Court Judge Kale Burdick swore in Justice Freudenberg. “After being sworn into office, I was very excited about the opportunity I had ahead of me to serve Nebraskans in my new position,” wrote Freudenberg.

He began fulfilling his duties as a Supreme Court Justice on Monday, July 9 and replaces Justice John Wright, who passed away in March. “I am honored to have been selected to sit on the Nebraska Supreme Court and will endeavor to fairly interpret and implement the law going forward,” he said.

Freudenberg, 48, was born in Gordon, Neb., and attended grade school through the second grade. He graduated from Stapleton High School and returned to Gordon in 1998 to join the Smith and King law office. While there, he served as a special assistant attorney general and later became a partner at Smith, King, and Freudenberg, P.C. He was elected as the Sheridan County Attorney in 2003 and served in that role until 2007. He resigned from the law firm in 2007 and joined the Nebraska Attorney General’s Office. He served as the criminal bureau chief until 2017.

Freudenberg is the son of Richard and Carol Kay (Latshaw) Freudenberg. Kay Latshaw is a Gordon High School graduate.