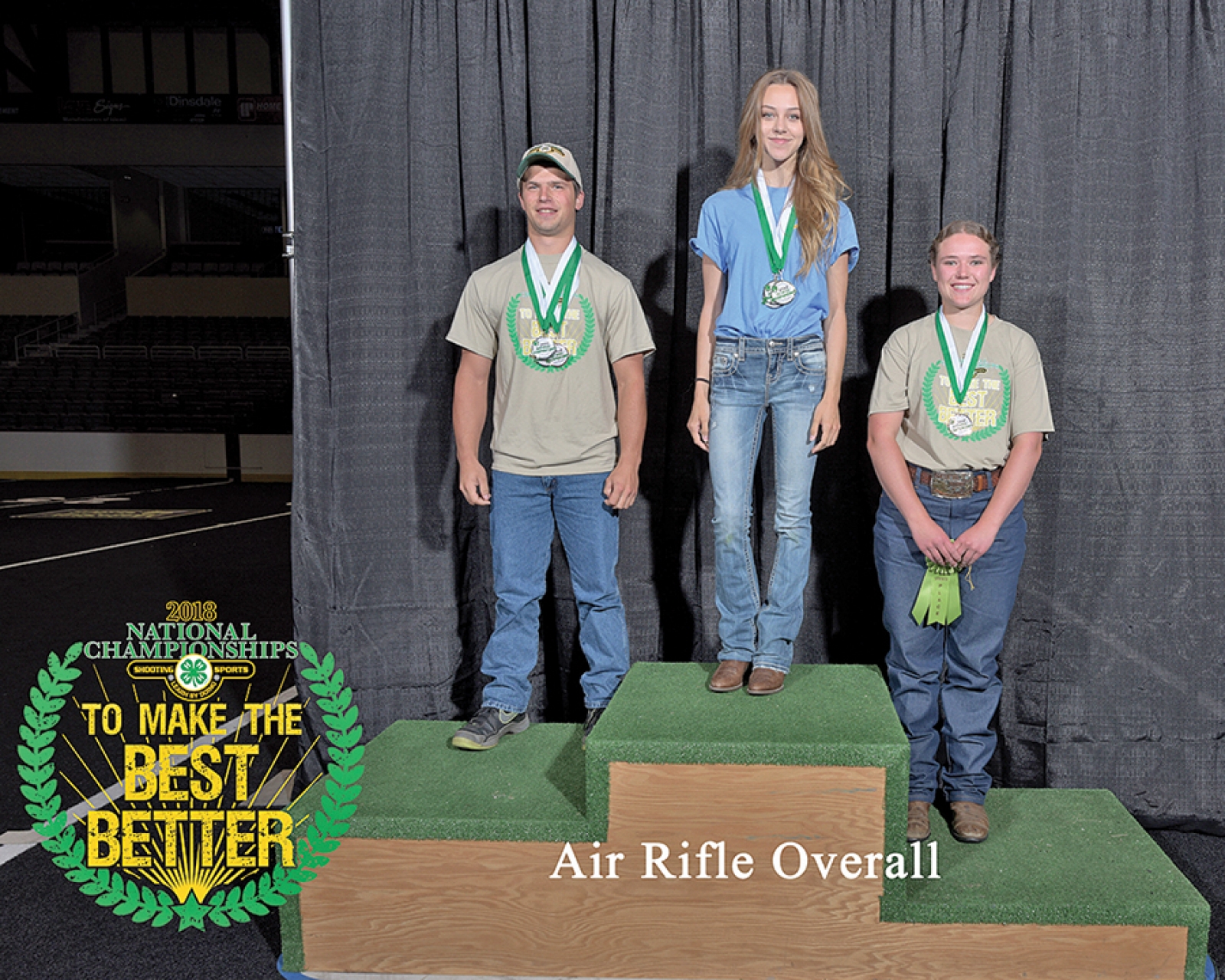 The National 4-H Shooting air rifle division competition took place June 24-29 in Grand Island. Kenna Rose’s journey to the national competition has been one of dedication that ended with her on the podium.

Rose, age 17 of Gordon, found her passion for shooting at the age of ten, but she did not get serious about competing until five years ago.

Last year, she competed in her first national competition, the small-bore rifle division, at the National 4-H Shooting Sports event. From that experience, Rose prepared for this year’s competition.

“I realized how bad my mental game was, but I had an amazing coach and teammates who helped me begin to figure out my mental game,” said Rose. “I started practicing every day in October and have rarely missed a day of practice since.”

Rose competed in a postal match and had to shoot a 525 or higher to make it to Junior Olympics and CMP Nationals. The postal match involves shooting with a certified person present. Each person’s targets are then sent off and judged against others from across the nation.

Before competing at nationals, Rose made it to the Junior Olympic Championships and the CMP National Championships. Those events were on June 21-23 in Camp Perry, Ohio. The CMP National Championships includes qualifiers from the regional and junior Olympic contestants. At those events, each participant has 20 shots in the prone, standing, and kneeling positions. Prone involves lying with the chest down. Rose competed in back-to-back matches at the contests. She finished 35 out of 243 and shot her highest score of 540 out of 600. During the CMP match, Rose finished 85 out of 243.

Based on her performance at the Nebraska State shoot in March, Rose was selected to a team for National 4-H, which was held on June 24-29 in Grand Island. During the first day of competition, they shot 20 times from the prone, standing, and kneeling positions. At the end of the day, Rose was in fourth place.

The second day involved shooting 40 shots at a target within 50 minutes from the standing position. Rose placed seventh that day. On the final day, the competitors had to shoot four different sized silhouette targets that were at varying distances. They had 40 shots total to knock the animals off the rail. Rose took seventh place.

With no more rounds left, everyone waited for the judges to announce the placings. They combined scores from each day to determine the overall winners. Rose said that “was the most nerve-wracking five minutes of my life.”

As they announced the top 10, “my heart was racing by the time they said my name,” she said. “I can’t even explain the feeling.”

She received a bronze medal as she took third at the 4-H Nationals.