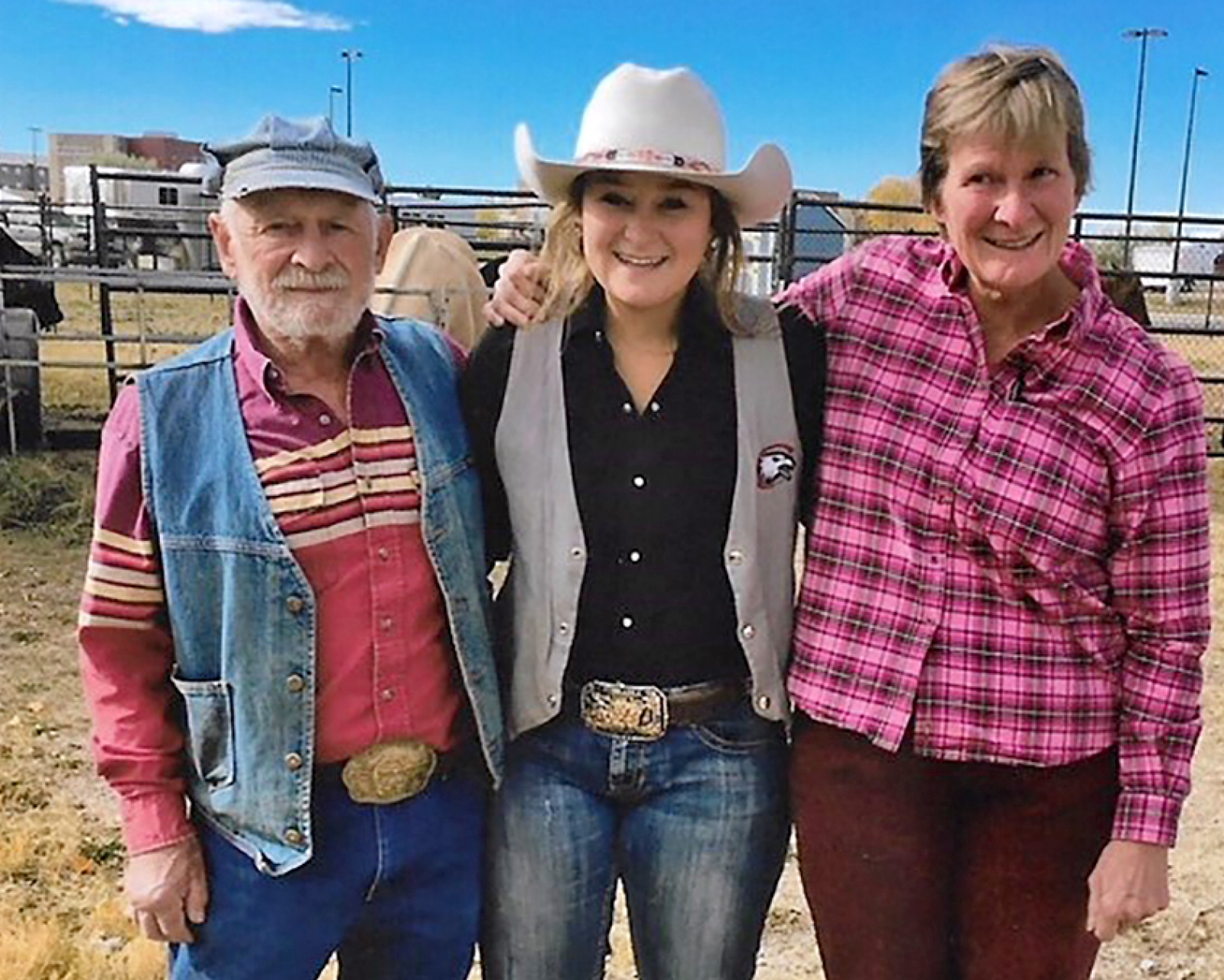 Bernard and Terry Beguin-Strong have been selected as grand marshals for the Sheridan County Fair and Rodeo parade, which will occur this Saturday, July 28 at 10 a.m. on Main St. in Gordon.

They have donated their time to help at junior rodeos and high school rodeos for years because, for them, it is about helping out the youth. “They are willing to spend countless hours helping younger kids with anything they can in Sheridan County,” wrote their daughter Charmayne Strong. “I’m happy others recognize all the time and effort they spend [by] nominating them grand marshals.”

The Sheridan County Fair Board selects the grand marshal based on people’s nominations and a final vote. Phyllis Lindsey said Bernard and Terry Beguin-Strong were chosen because of their years of helping at area rodeos and the donations they’ve made to the youth.

Rodeoing has been a family affair for the Strongs. Terry’s father and uncle roped and Charmayne Strong started rodeoing at the age of nine. As Charmayne grew up, Bernard and Terry helped put on Little Britches rodeos, junior rodeos, high school rodeos and helped at the fair every year. While they volunteered their time to help the youth, the Strongs had their favorite events. Terry liked the breakaway and team roping events, while Bernard and Charmayne were pole benders.

This year’s parade theme is the Fabulous 50’s.