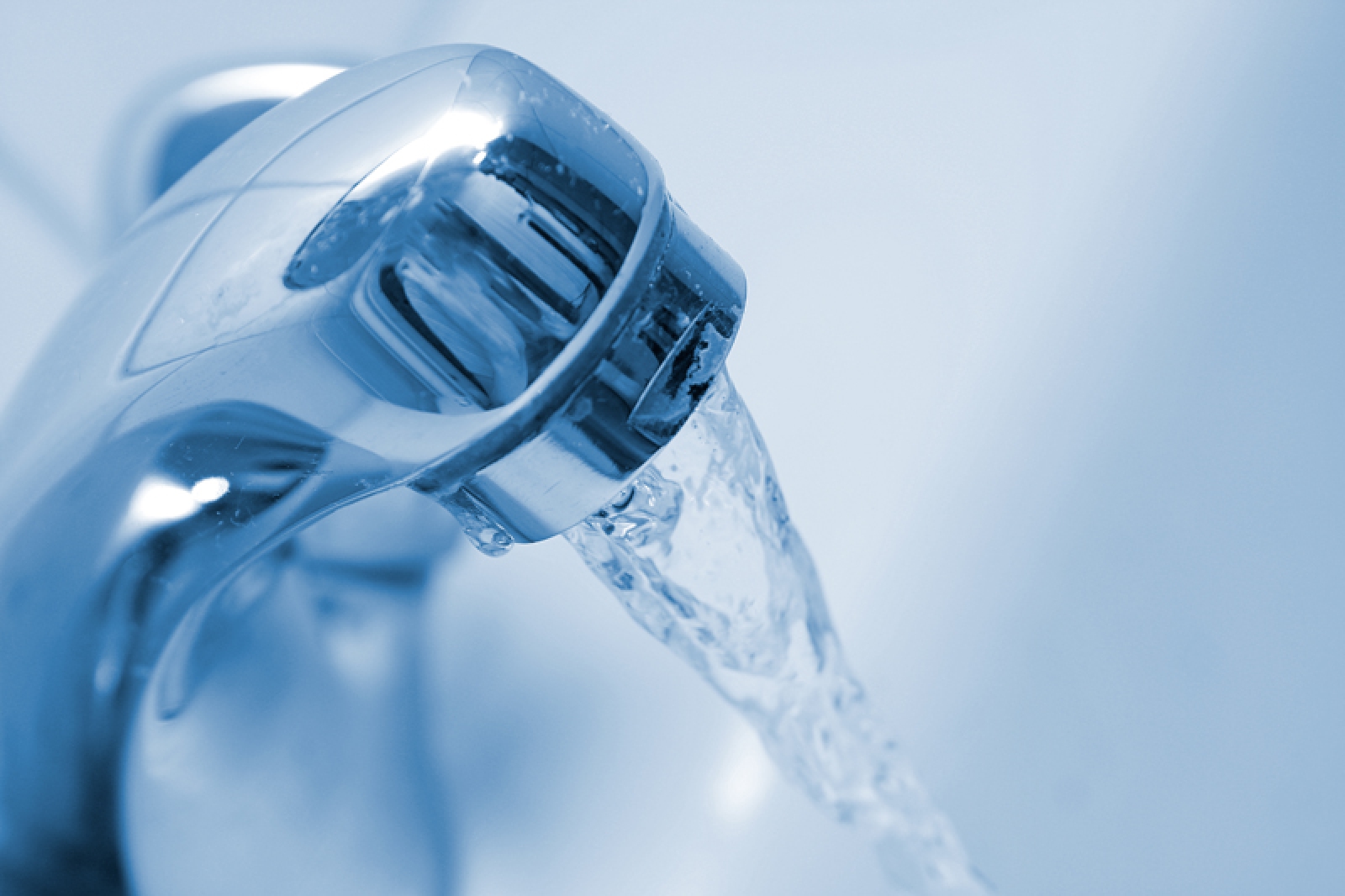 The Hay Springs City Council met Tuesday, August 14, 2018, for their regular meeting at 7:00 p.m. All members were present.

Sherrie Elwood was present to request a special liquor license for the Legion’s Fall Stag October 27, 2018. The Council approved her request.

Glen Muhr of the Hay Springs Postal Service was in attendance to request permission for City Clerk Kayley Taylor to sign a request he brought to release his listing of physical addresses to cross reference them against what the city has. There has been many issues of the city  physical addresses not matching what the county has. Muhr has what address each resident lists on their post office box forms, but there are multiple cases of what they believe their physical address to be differing from what the county has. This causes issues with the postal service being able to efficiently deliver parcels as they can be kicked back as undeliverable because it is not technically a valid physical address. Aaron Taylor stated that his address is number 204, but the county has it listed as 206 because of how the lots are laid out. City Attorney Jamian Simmons stated these address differ because of how the GIS mapping was done as the contractor looked at lots only. The council voted to authorize Kayley to sign the request to access the postal services’ addresses for box holders.

Muhr also requested a barricade of South Post Street, South Third Street, and the road around the baseball fields during the fireworks display Saturday for the Friendly Festival. This barricade would protect people and vehicles from fallout from the fireworks. The Council motioned to approve Muhr’s request.

Tina Vifquain was again present, stating “I think you are aware of this claim I am mentioning in this. I think it would be in the best interest of everyone to pay this claim, because it detrimentally affects my life, and it detrimentally affects the actions of this council’s choices and the public at large. This matter cannot continue to be ignored. I am asking that this matter be settled within the next 24 hours, and whatever the answer would be, and you can have it in your executive session, but I would really appreciate it if action was taken in a responsible manner by this group, and this rents due, late, and collections fees due will not go away, they are only going to get worse. I am sure your attorney, Jamian Simmons, knows the address of my attorney. We don’t need to talk about this anymore tonight other than you can have it in your executive session, but I expect and would appreciate an answer to my attorney within 24 hours through Jamian Simmons.” Simmons interjected that she is not the attorney for this matter.

During public comment, Vifquain again shared that she is a patriotic American female farmer who believes that responsibility matters for all lives to help make America great. She also reiterated that her land is still not for sale.

Also during public comment, Berlinda Aelbrecht from the RV Park asked if it would be possible to get cleaning supplies from the city for upkeep. She also discussed the possibility of getting internet at the RV Park again, and possibly raising the rates. Muhr also requested that the Council let people reserve spots. There were issues this year with people coming in to the RV Park and disregarding the reserved signs on spots and parking there, as there had not been a host at the park most of this year. After these issues, it was decided to stop taking reservations. Muhr’s request to reserve spots for the Friendly Festival was approved by the Council. The Council discussed putting these items on the September agenda.

During the street, water, and clerk reports, Aaron Taylor and George Christensen stated that there would be about 100 feet of sewer to be laid at the RV Park, and there was not a specific date of completion yet. Taylor also brought up the sewer camera, and informed the board that they lean sewer lines in the fall. He also said the sewer system infrastructure is beginning to crack, and the video that was taken of it showed erosion. A quote from Nebraska Environmental Products came in at $7,900 for a new sewer pipe. That item will be put on the September agenda.

There was no Nursing Home report, and no SWANN report as Keith Kearns missed the last meeting.

In the Lister-Sage Report, Varvel reported that at the meeting a disaster preparedness key was given to Aaron so he could open the building in case people were seeking shelter during a tornado or other emergency. Varvel also informed the Council that all the locker rooms and concession stand have been painted.

During the Mayor report, Richard McKay stated that he was in the process of discussing employee evaluations with city employees.

In old business, Varvel gave a PADD update. He had spoken to Daniel Bennett about where their project was at. The project has been pushed back, so the bidding for the project will likely happen this winter, and it will likely take place in the spring. Bennett will be leaving PADD, but he will return for the comprehensive plan update with the planning commission along with his replacement.

For the water loss report, Aaron said it is at 24, which is up two from last year and down three from last month. Almost five million gallons of water were sold this month. Aaron also stated that Baker and Associates had submitted paperwork to the state to inspect a well for sanitary purposes, as the well was never fully finished in the early 1990s and needs to conform to newer standards.

In the nuisance abatement discussion, the board went over a letter received from the owner of a property on Miller Street. In the letter, the owner requested a 90 day extension, and the council voted to grant a 30 day extension, with the understanding that if the owner was making progress and needed another extension, they would approach it that at that time. Marcella Hale stated that people seemed to be responding well to the letters mailed out. In the letter from McKay, it was stated that the goal was to clean up the community. Some of the biggest issues being noted were non-registered cars and unkempt yards.

In the matter of the Vifquain condemnation, it was approved to go forward with the condemnation process and accept the appraised value of $90,000 as the amended offered purchase price.

In Resolution #18-7, the city will take ownership of the property owned by Vifquain for the purposes of public waste water treatment. Since Vifquain declined the city’s original purchase offer, a board of appraisers conducted an appraisal of the property, giving the property an appraised value of $90,000. The board also voted to move forward with the condemnation and pay Vifquain to obtain legal ownership of said property. Resolution #18-7 was passed by the Council.

Varvel and Marilyn Reed, Security First Bank Vice President, proposed to the Council a loan agreement with Security First Bank for the purchase of Vifquain’s land. The term would be 15 years at 4.75%, with the monthly payment on the $90,000 being $703.75. The Council voted to go forward with the loan, with Varvel abstaining from the vote.

The Council approved the claims and July Treasurer’s report.

It was discussed to look into options for a new computer for City Clerk Kayley, as her current computer has been having issues.

In the Housing Authority discussion, the Council was informed that a recommendation to have Melissa Jancik fill in as commissioner until 2022 had been presented, and was approved.

Under the Mayor and Council pay raises, it was decided to leave the council’s pay as it is, and explore a pay raise for the Mayor after reviewing what surrounding areas pay. The Council members are currently paid $100 per month, and the Mayor is at $125. Attorney Simmons stated she could draft a resolution and leave the amounts blank for future discussion.

The Council voted to approve a $1 per hour pay raise for the Librarian to raise her to $11 per hour, and have it take effect at the start of the new fiscal year.

The meeting adjourned at 8:32 p.m. The next regular meeting of the Hay Springs City Council will be September 11 at 7:00 p.m.