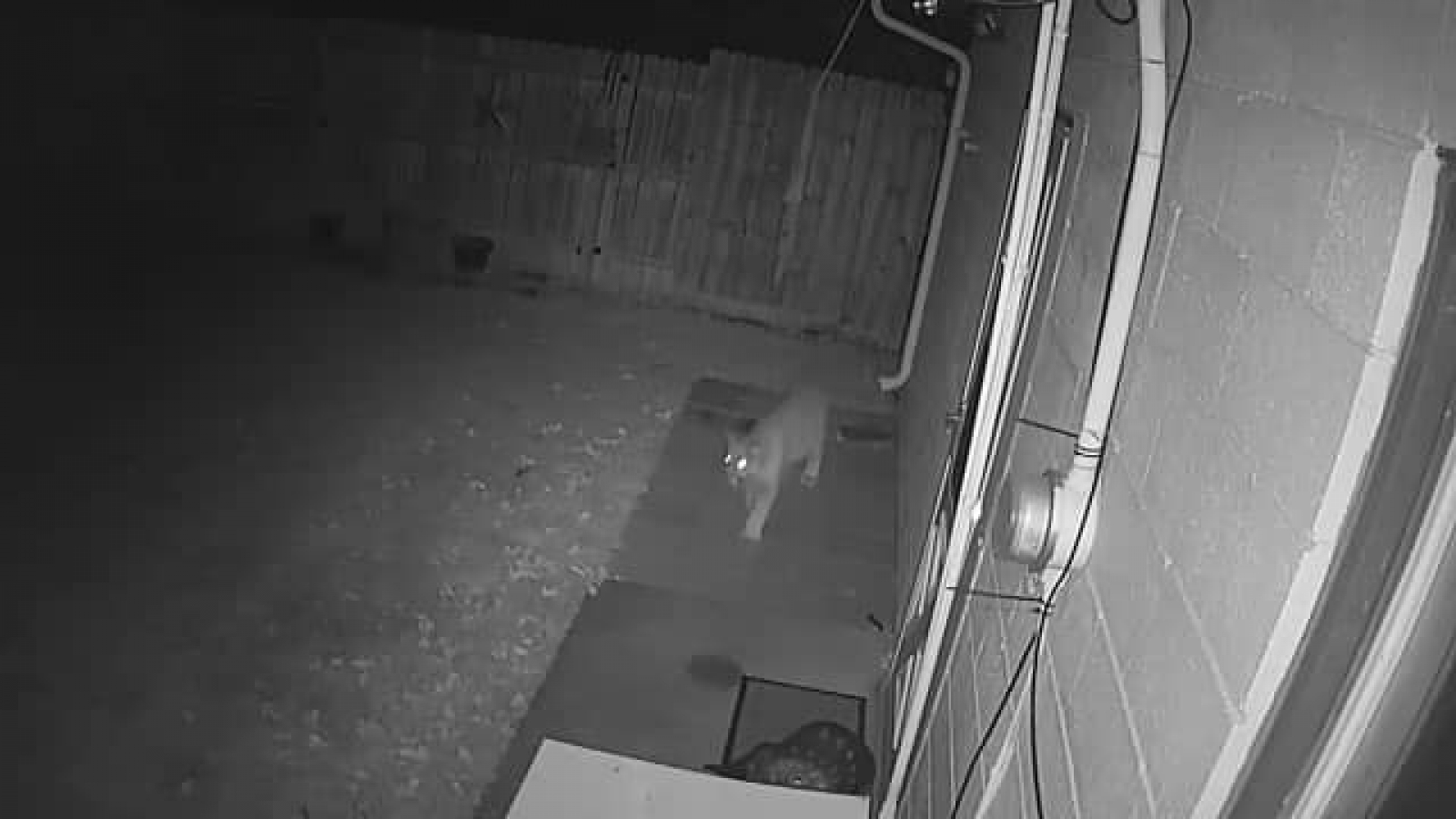 A home security camera belonging to a Gordon resident captured footage of a mountain lion in their backyard early Sunday and Monday mornings. On Monday evening, the cat was trapped by another Gordon resident, and shot by authorities. Photo submitted

Over the weekend, a security camera at a residence in Gordon captured images of a mountain lion in their back yard.

According to Sheridan County Attorney Jamian Simmons, the Gordon Police Department has confirmed the sightings early Sunday morning and Monday morning, both of which were captured by a home security camera at a residence near 1st and Maple Streets.

Chief Clay Heath has confirmed that at approximately 6:00 a.m., a Gordon Police Officer, a Sheridan County Deputy Sheriff, and a representative of the USDA identified a location within the city where the big cat may have been bedding down, and later those same representatives observed the cat off 1st Street, close to the Cowboy Trail, and confirmed it as a mountain lion. The mountain lion evaded the officers however and ran northwest out of town. Efforts to track down the mountain lion are ongoing. Nebraska Game & Parks has also been notified.

On September 29, an unconfirmed sighting of  a mountain lion was reported to Sheridan County dispatch, but the location was unclear based  on that report. Both Gordon and Rushville were checked that evening, but nothing was located at the time.

Update, as of November 6: According to Attorney Jamian Simmons, the mountain lion was found in Gordon the night of November 5 just before 6:00 p.m. A resident living on West 7th Street was able to trap the cat between his car and a fenced area of the yard until Gordon Police arrived. The decision was made to shoot the animal as it was located in the city limits and because the information gathered through out the day yesterday suggests that the big cat was apparently living in and around the city of Gordon and utilizing small animals within the city as it’s food source. The mountain lion was a male, approximately 1 –1 1/2 years old, and weighing approximately 60-70 lbs.