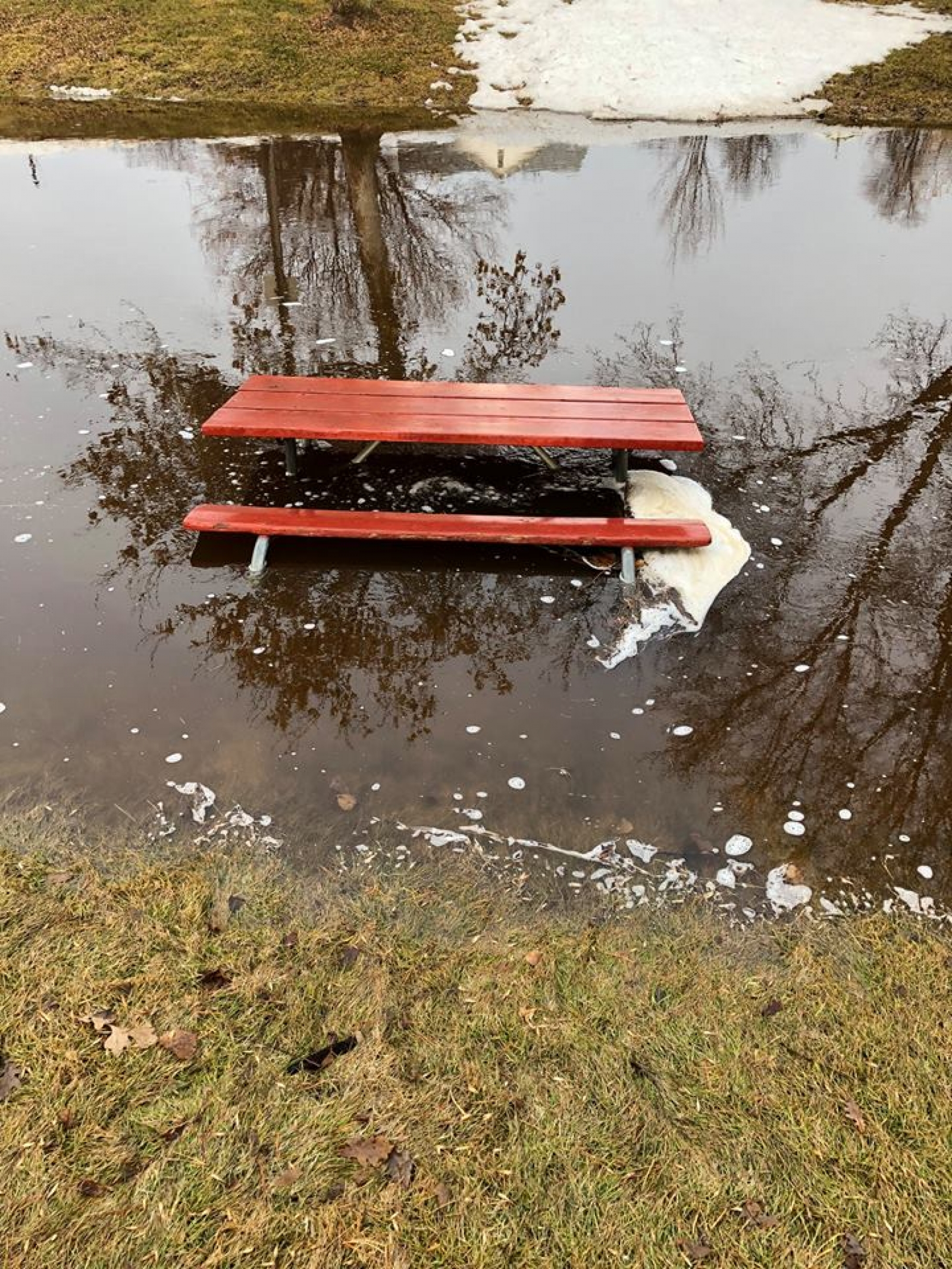 Picnic tables were pushed into the Antelope Creek in the Gordon City Park on two separate occasions over the weekend. Photo submitted

At 8:30 a.m. on Saturday, March 23, 2019, while City Manager Glen Spaugh was touring some of the areas impacted by water from the recent rain and snowstorm, he noticed a picnic bench that had been pushed into Antelope Creek in Winship Park, across from the City Offices. It was determined that the bench had probably been pushed into the creek by someone driving a pickup, since it was at least four (4) feet from the bank. Dan Bishop, Public Utilities Director was able to retrieve the bench later in the day after using a City pickup truck and good ‘ole ingenuity.

Again, sometime between the evening of Sunday, March 24 and the morning of March 25, three (3) more tables were pushed into the creek. It was noted through a posting on the City of Gordon Face Book page that, “This is considered criminal mischief. Also, if this action was committed after dusk it is a violation of Ordinance 1152, which states the following: ‘City parks shall be opened to the public every day of the year from dawn to dusk unless special permission is granted for organized events by the city manager. No person or vehicle shall be within any park except during the operating hours.’”

Although this may seem like a harmless prank, it uses City resources to remove the benches and could cause other damage if the tables become an obstacle to the flow of water through the creek.