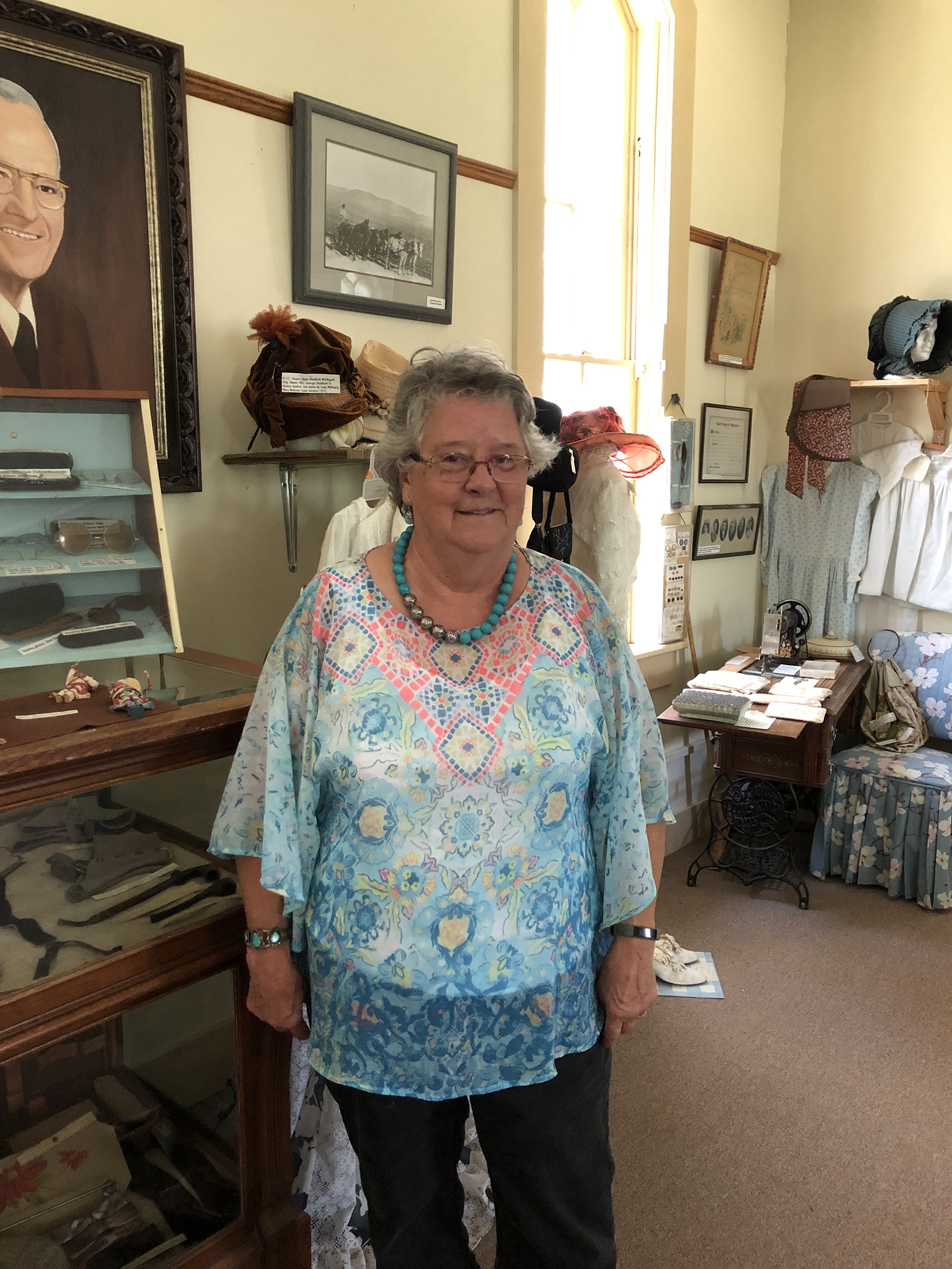 Betty Mapes stands at the Scamahorn Museum next to a hat her grandmother made. Mapes has also been volunteering with DAR to open the museum on Wednesdays for three hours throughout the summer. Photo by Rachael Huether

After her mother suffered a stroke in 2010, Betty was forced to learn about the different programs available to help seniors with their medical needs. Betty told her mom, “You know, if I ever get this down I’m going to volunteer, and I’m going to help people.” True to her word, she began helping people navigate their Medicare Part D options in 2010, helping five people that year. Last year, in 2018, Betty saw 51 people and hosted five workshops. The State of Nebraska also informed her that she had helped save those people $32,000 combined.

Mapes is no stranger to dealing with government agencies for medical assistance programs. When her mother was in a nursing home, she was trying to get her signed up for Medicaid. After being run around in circles trying to sign up for the program, Betty took matters into her own hands and went to Lincoln to testify about the process to the Area on Aging Committee. She testified that the Department of Health and Human Services needed to treat people like real people, and that while she was able to get the help her mother needed, what about everybody else? After that testimony, DHHS changed how they handle cases, and people in nursing homes are now assigned one representative to help them apply for Medicaid.

Betty says the most rewarding case for her over the past nine years was an 85 year old woman she helped apply for Medicare Part D last year. She had never applied for the program as she never took any medications, but her new prescriptions would cost her over $400 per month. After applying for coverage, she would instead be paying $75 per month for her Part D coverage, which included a 10% penalty fee for applying after the age of 65.

After nine years of volunteering for SHIIP, Betty is ready to step down and retire from this rewarding position. She urges anyone who thinks they would like to help seniors by volunteering to contact Caryn Long at 800-234-7119, or by emailing her at This email address is being protected from spambots. You need JavaScript enabled to view it..