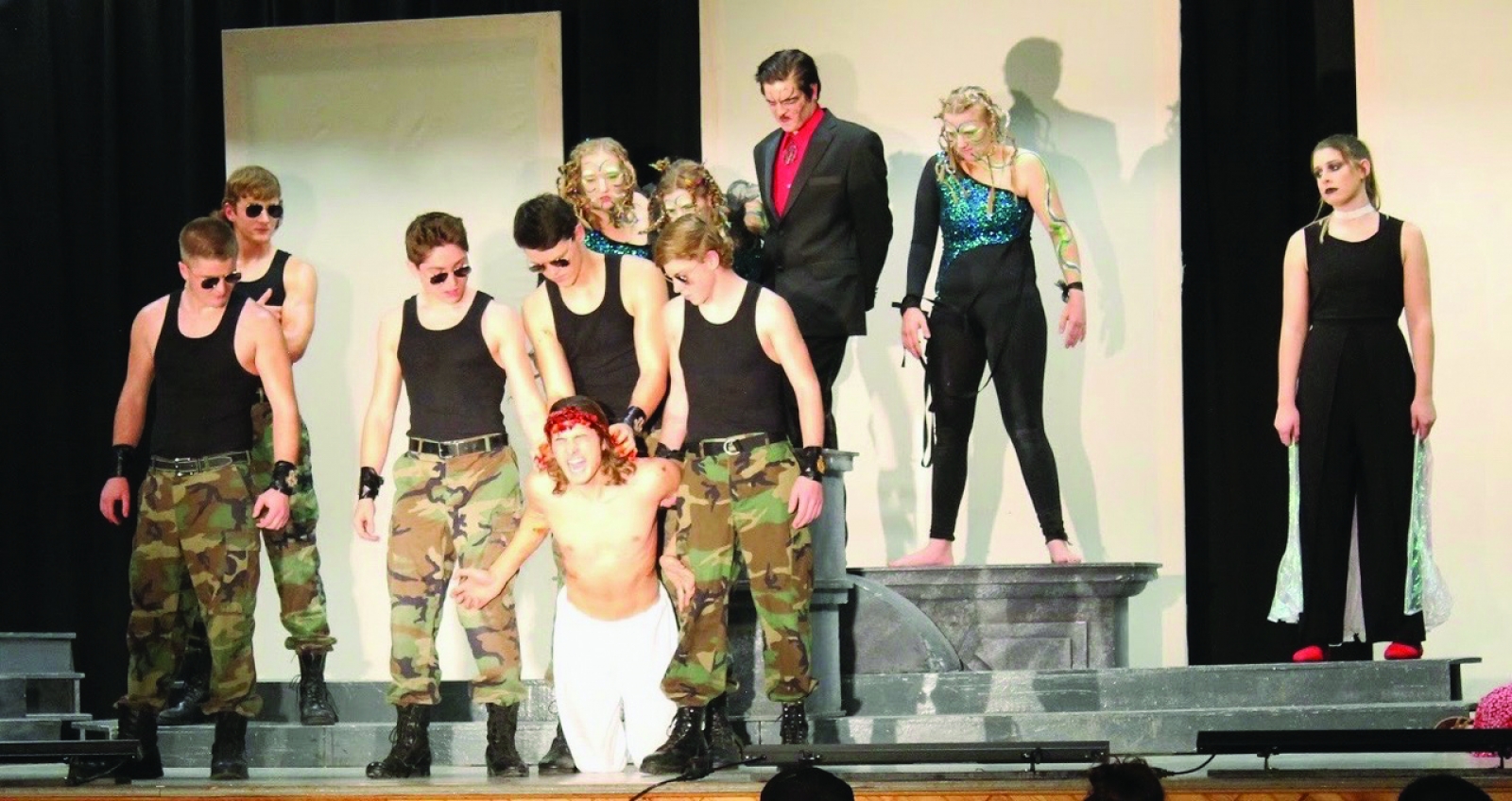 The GR One Act performed “Aeternum Proliem” at the Gordon City Auditorium on Monday, November 25. Photo by Marti Haag

The Gordon City Auditorium had a packed house for the public performance of Aeternum Proliem on Monday night.  Those in attendance were treated to a stunning performance by the large play cast.  Not only was the acting on point, but the special effects were striking as well.

"Aeternum Proliem", Latin for “Forever Battle” was written and is being directed by Gordon/Rushville’s very own, Candie Johnson.  A modern twist to the Passion of Christ leaves the audience in awe and moved by the suffering and sacrifice made by Jesus in his final hours.

Due to impending inclement weather, the Western Trails Conference competition has been moved to December 3rd in Hemingford.  The Gordon/Rushville One Act Play cast will then compete in the C-1 district competition in North Platte on December 4th.