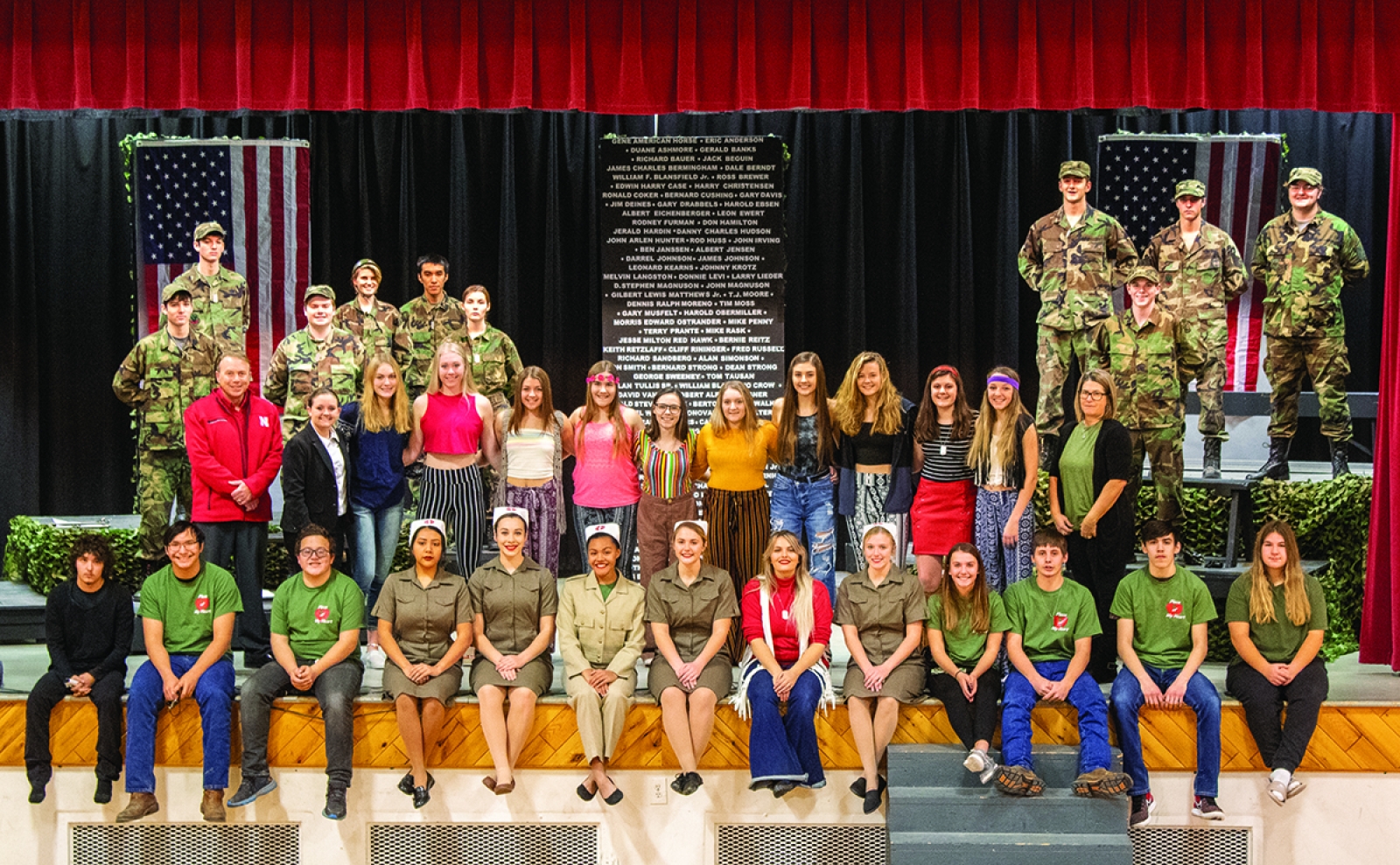 Covid-19 has altered the normal flow of the school year in 2020 but one thing it could not derail is the One Act crew from Gordon-Rushville.

For the fourth straight year, the Mustang One Act cast brought home the Western Trails Conference title.  Receiving a first place vote from all three judges sealed the deal over second place Bridgeport.

Schools were not allowed to watch their competitor’s performances and had to perform their 30 minute play in front of only the three judges, as no fans were allowed into the competition that was held in Bridgeport.

“We started working with Crimsun when she was younger with the Sheridan County Players,” said Director Ryan Lovell. “That’s kind of our feeder program, that’s what gets them started and then bam, she gets into high school and she knows what is expected.”

She was backed up by five other actresses receiving All-Conference honors, all of which are seniors. Bree Lovell, Kadence Hooper, Kee Lovell, Rayne Charging Thunder, and Matison Moore all earned the All-Conference nod on the way to the conference title.

“This is one of the tightest cast of girls I’ve ever working with in my life,” said Lovell.

The One Act began back in September with Lovell selecting the play and beginning rehearsals. There were some set-backs throughout the process but the cast and crew stayed strong and put in the work.

Something else that was a bit of a curveball for the Mustangs was the fact that they did not compete throughout the Fall.  Due to concerns about the pandemic, their first performance was at the WTC competition.

After the WTC title, their attention now turns to the District competition with a trip to State on the line. Districts will once again be in Bridgeport on Tuesday, Dec. 1.

“We’ve got teams that have been to State before like us, Ord, Hershey.  It’s tough competition,” said Lovell in regards to Districts. “But if we buckle down at our next practices, I think we’ve got a good shot of making it to State this year.”